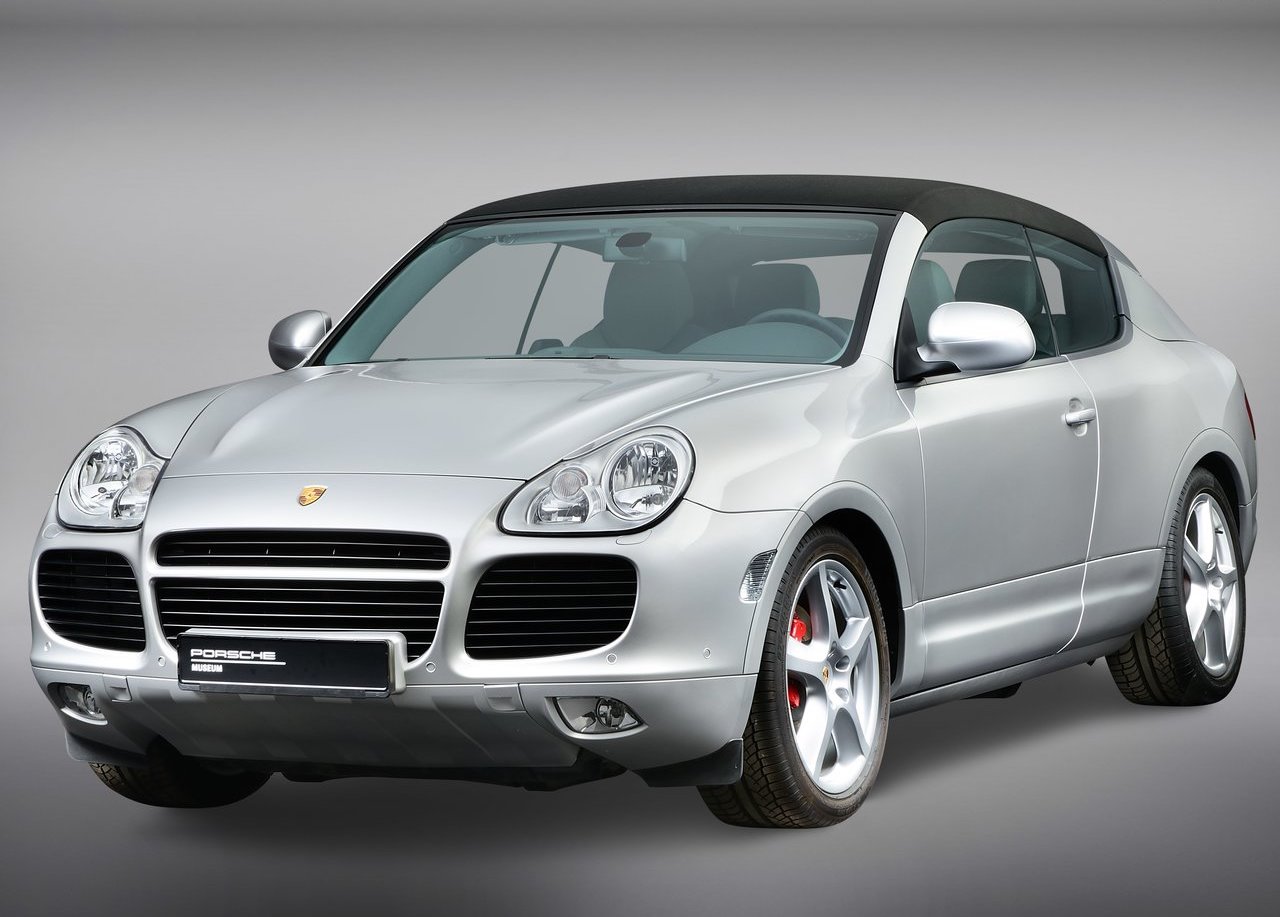 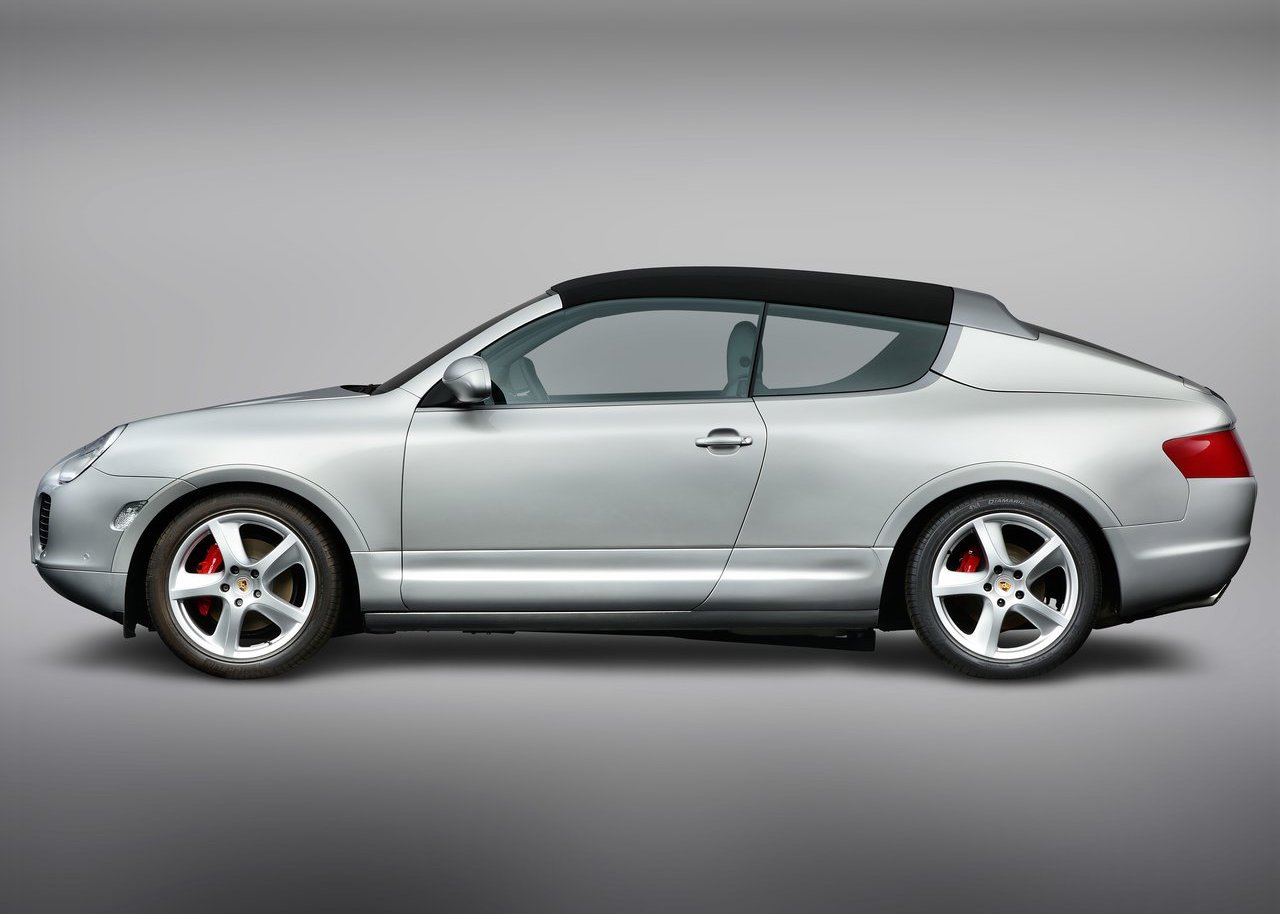 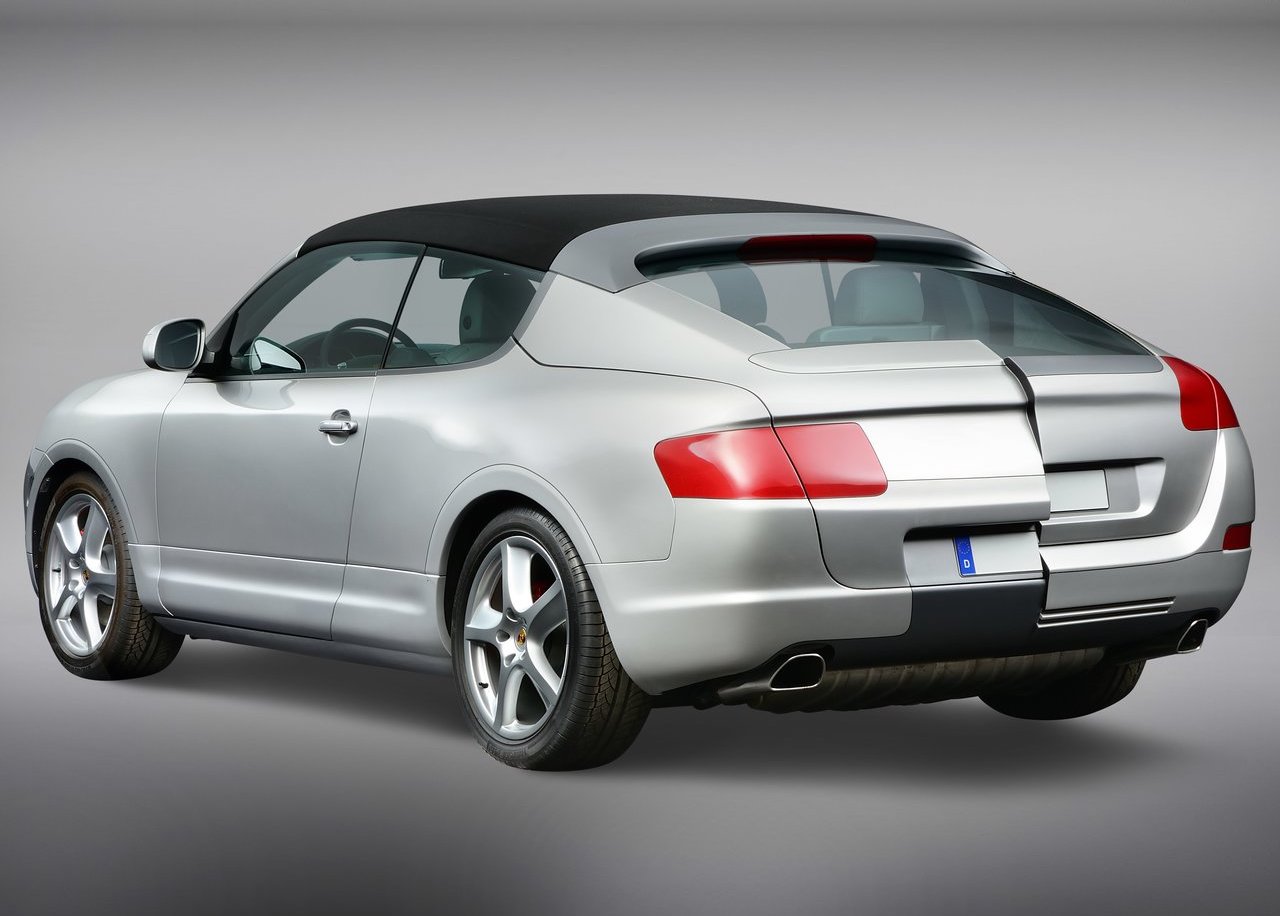 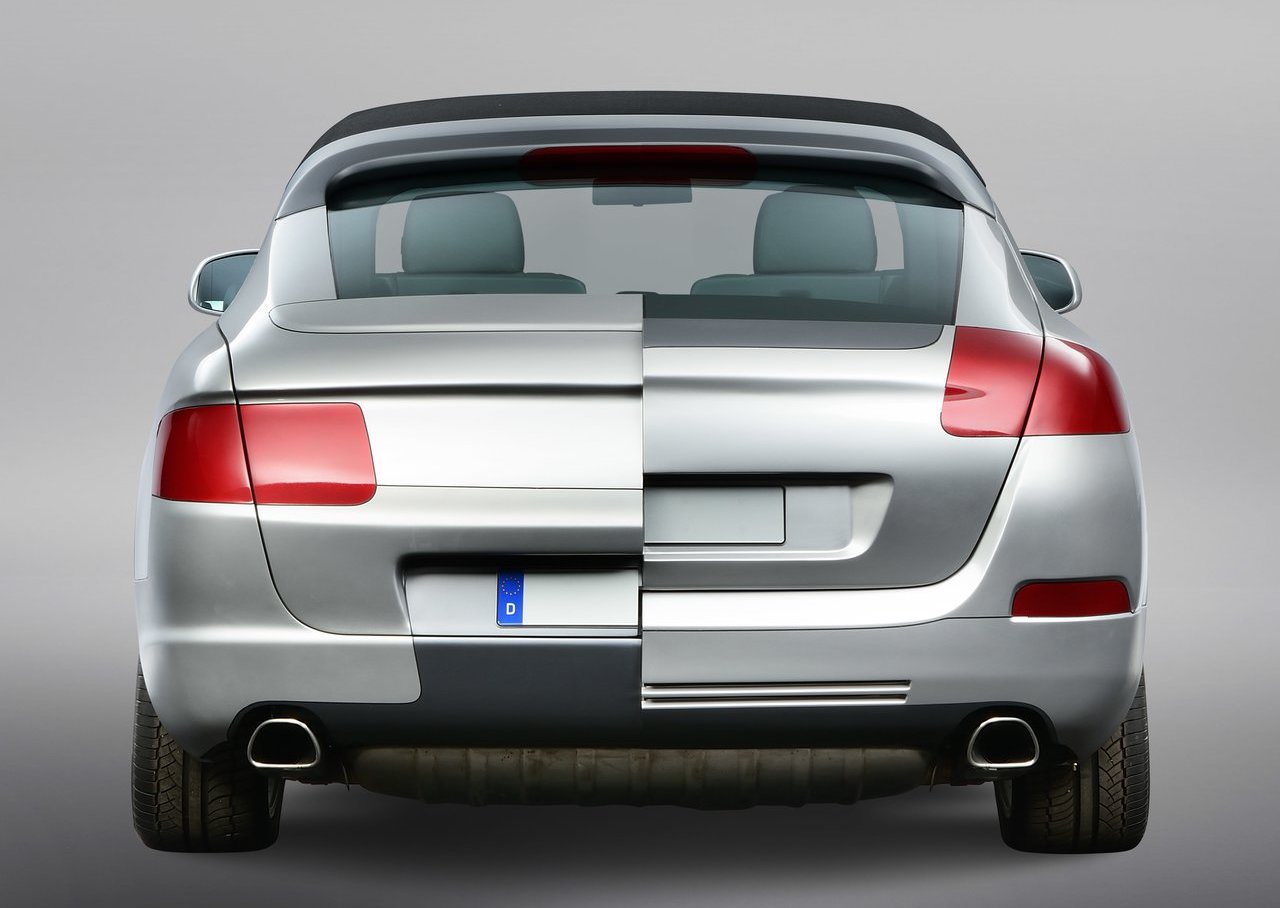 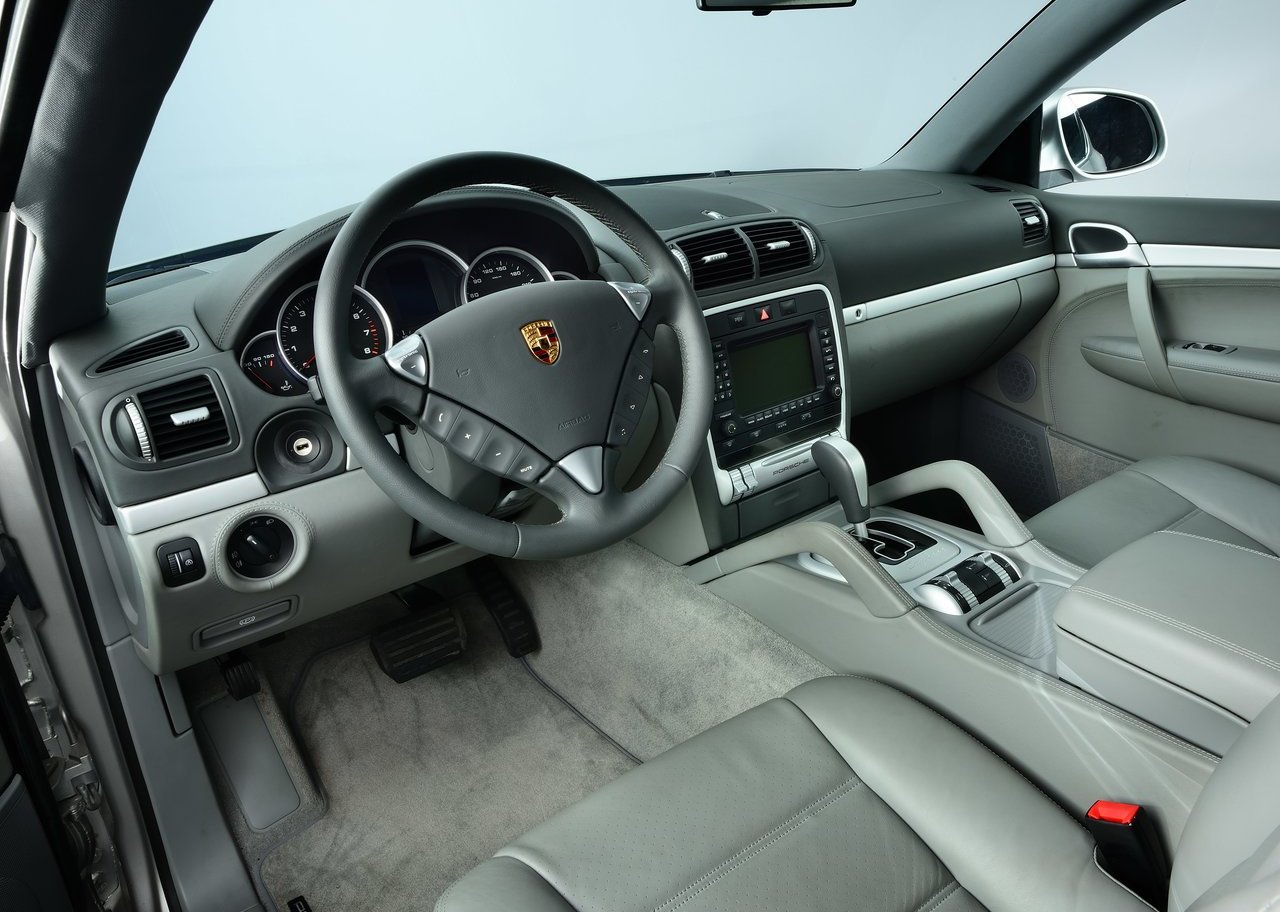 It was around 20 years ago that Porsche unveiled their first ever SUV, the Cayenne. It was a revolutionary vehicle for the time and marked the oncoming of the massive sports-SUV market.

Porsche developed this prototype to test the feasibility of Targa tops in a four-seater vehicle in 2002. This was never revealed to the public until now. For Cayenne's 20th Anniversary celebrations, Porsche has revealed the design as a "package function model", essentially a chassis for design and ergonomic development.

The car's left rear has a lot of similarities to Porsche's most iconic supercar, the Carrera GT. The development team reportedly had a lot of conflict regarding the back of the car. This is the reason why the car has two rear designs. On the other hand, the right side has high-placed taillights similar to the first generation Porsche Panamera which was released seven years after the development of this prototype.

The car's front end is the same as the 2002 stock Cayenne, while the rear quarter panels have been elongated to compensate for the change in the number of doors. The prototype has 2 doors, whereas the standard Cayenne came with four.

Porsche engineers aimed to also develop a fast folding top for this all-new Targa model. This design resembles the top that the 992-generation of the 911 had. The boot opens from both sides, both with different functionalities. While the front opens for the operation of the convertible soft-top, the rear opens for the luggage compartment.

The prototype was never taken further because the executives in Stuttgart doubted the design's profitability and ability to blend into the line-up in terms of styling. In addition, the option for a coupe and a seven-seater version of the Cayenne was also explored. While we never saw the seven-seater version, the coupe was developed and launched in 2019.

With this revelation and the recent confirmation of an all-electric Porsche flagship SUV coming, we can't help but wonder if a Targa top might be coming with the all-electric Porsche. A seven- seater version could also be possible because that is something we have never seen from the German company.

The Cayenne has been a significant milestone in the company's history. It is crucial to the company. From selling mass numbers to paving the road for R&D investment, Cayenne has brought another dynamic to the automaker's product portfolio. I hope this Targa SUV reaches the production line with the all-new EV or the new Cayenne. Either way, it has the potential to be a disruptor, similar to the brand that designed it!