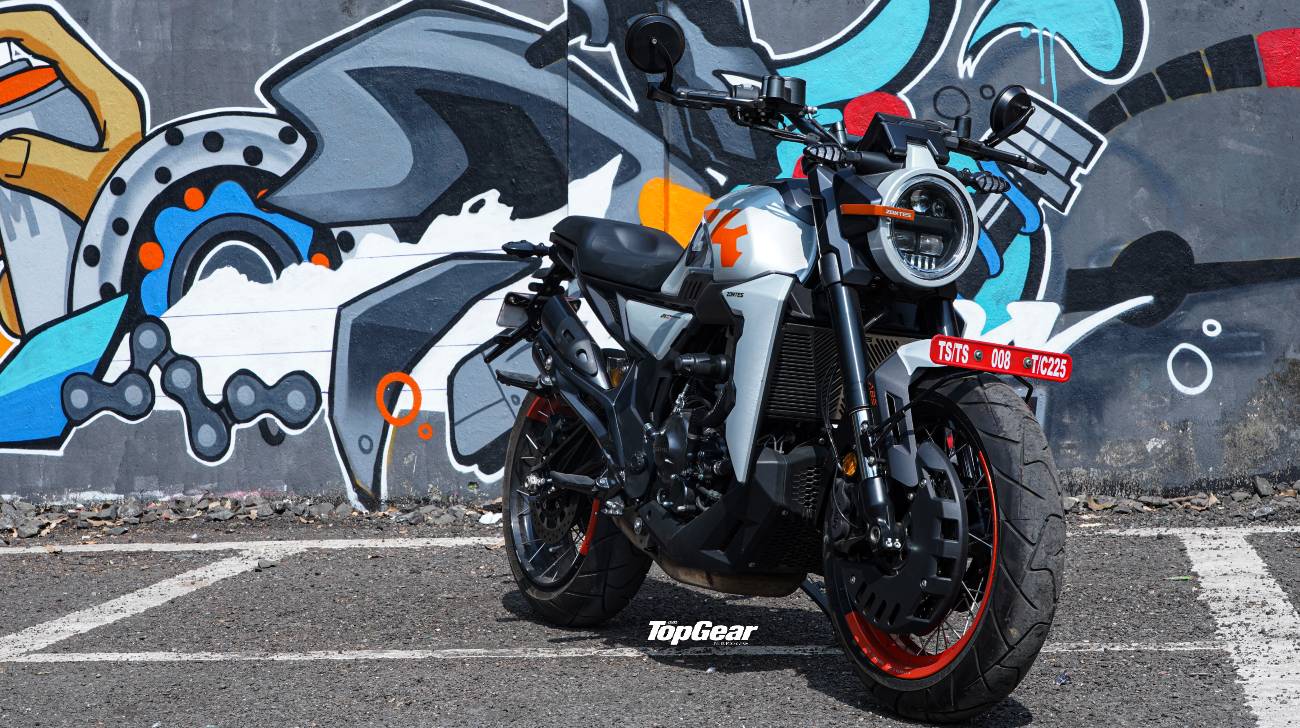 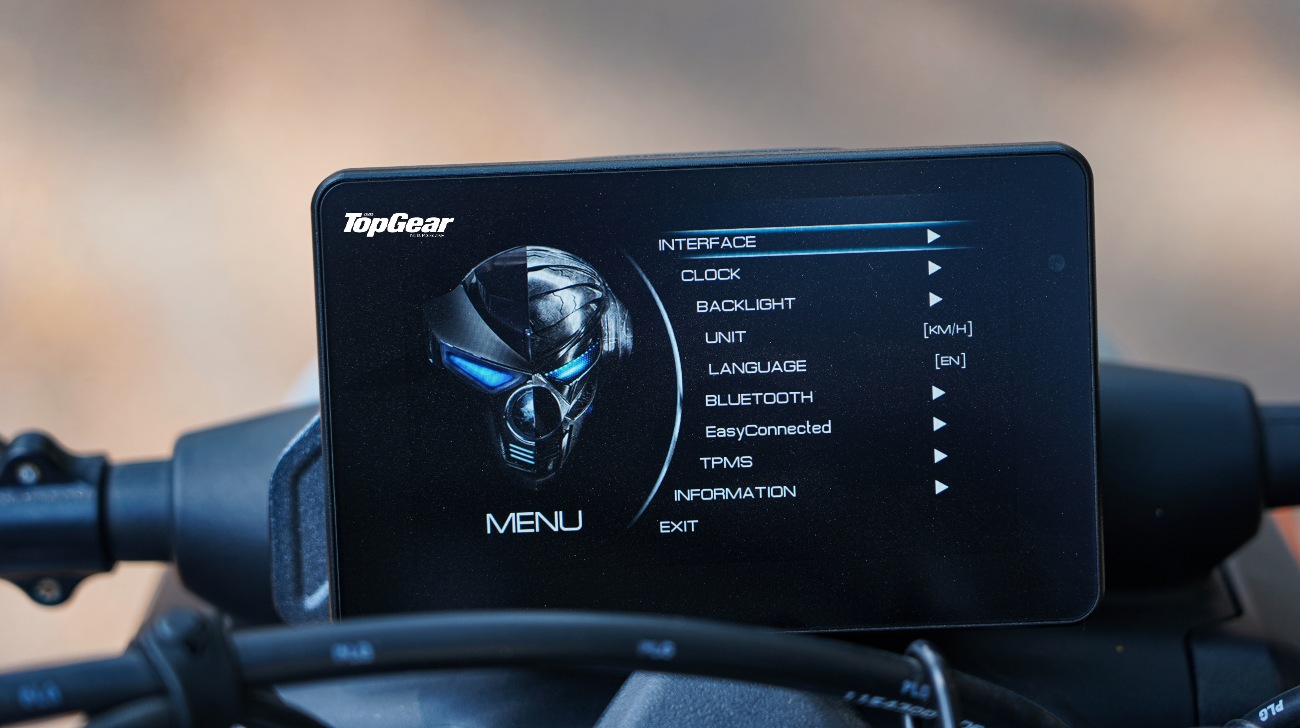 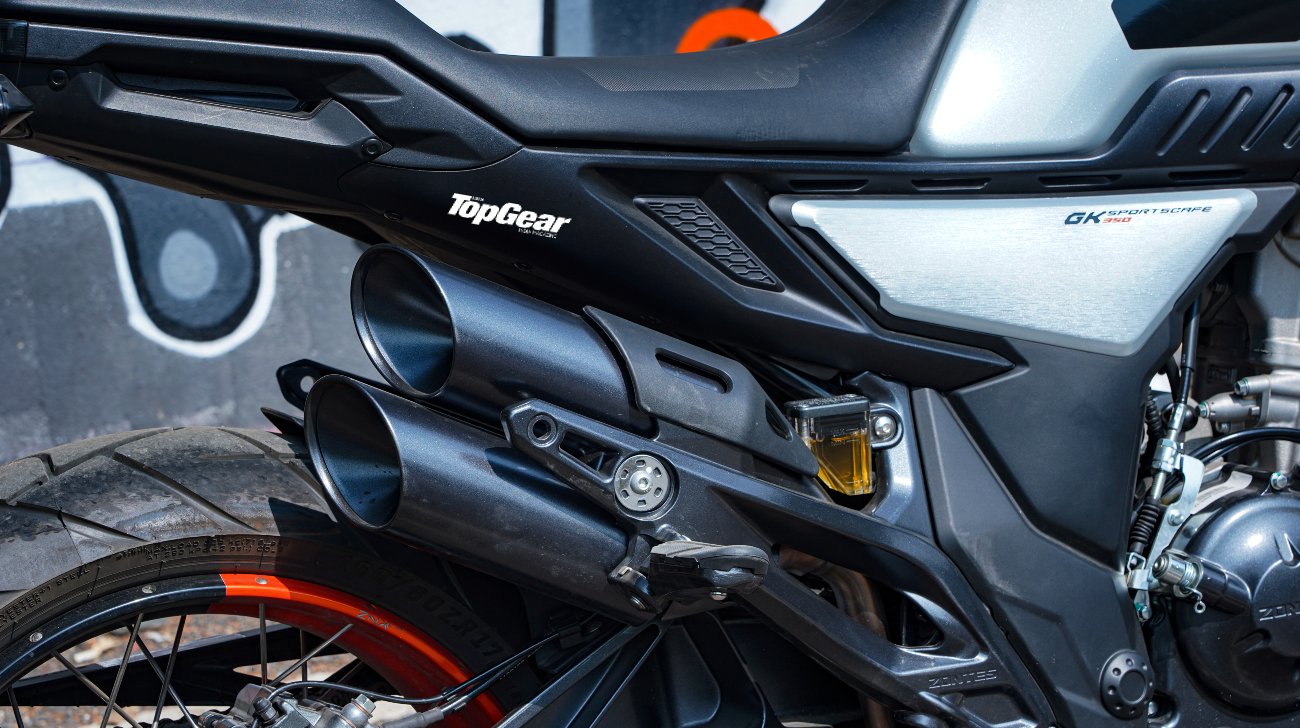 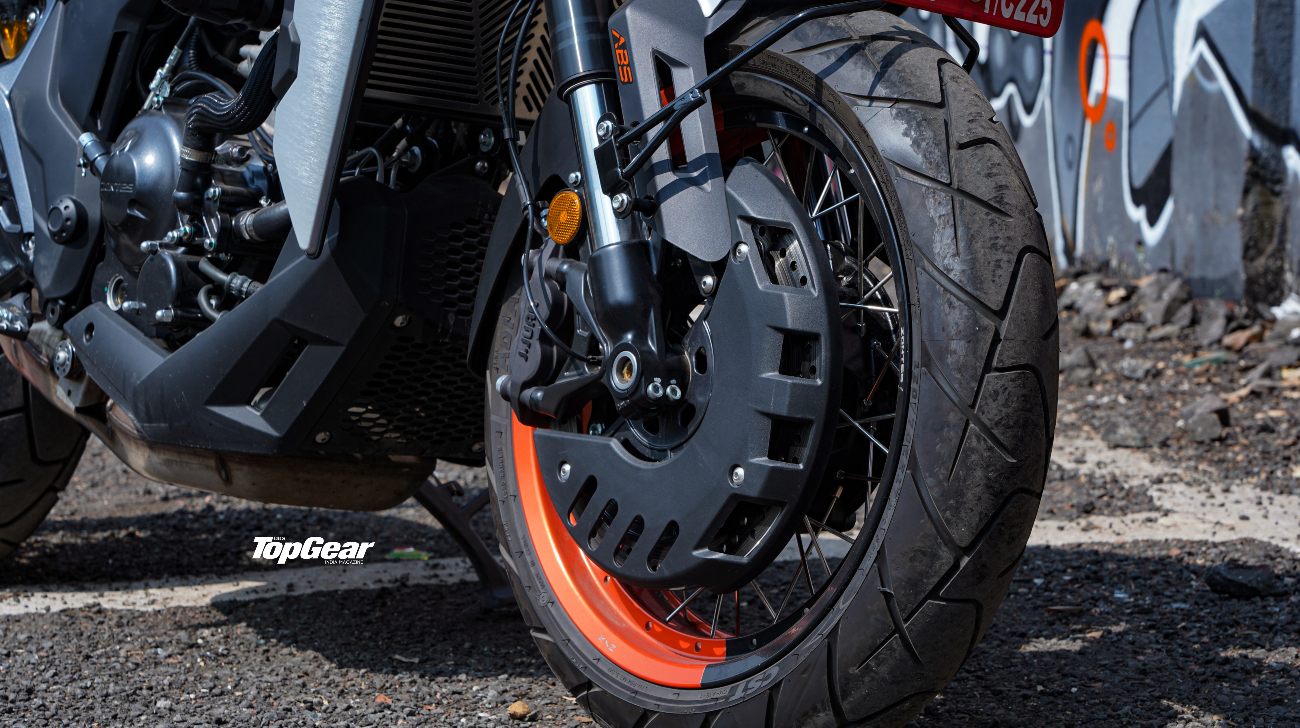 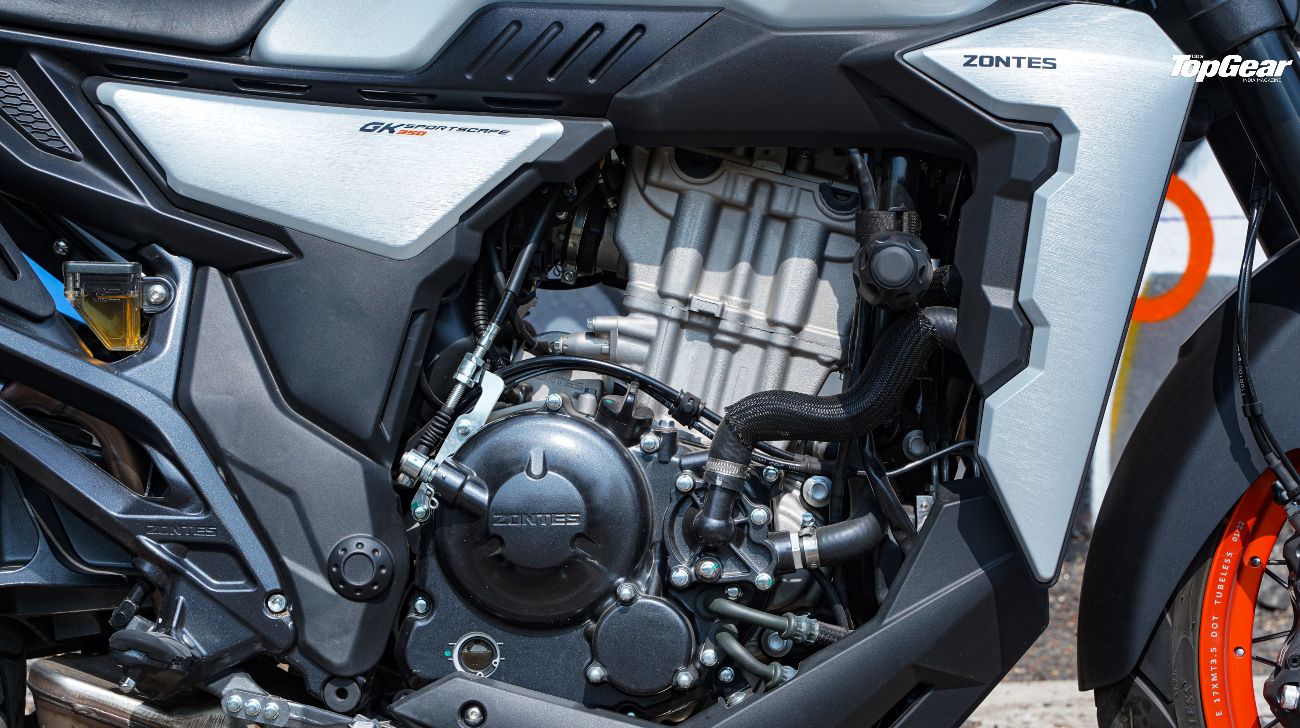 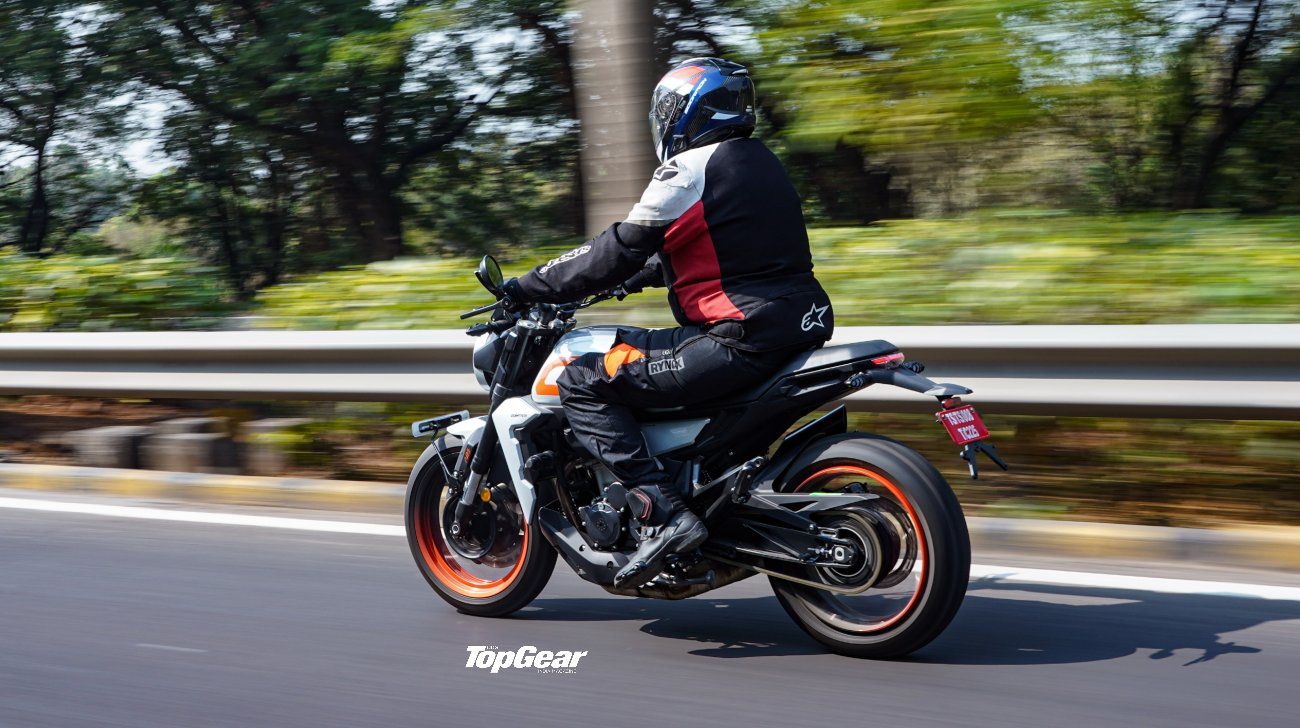 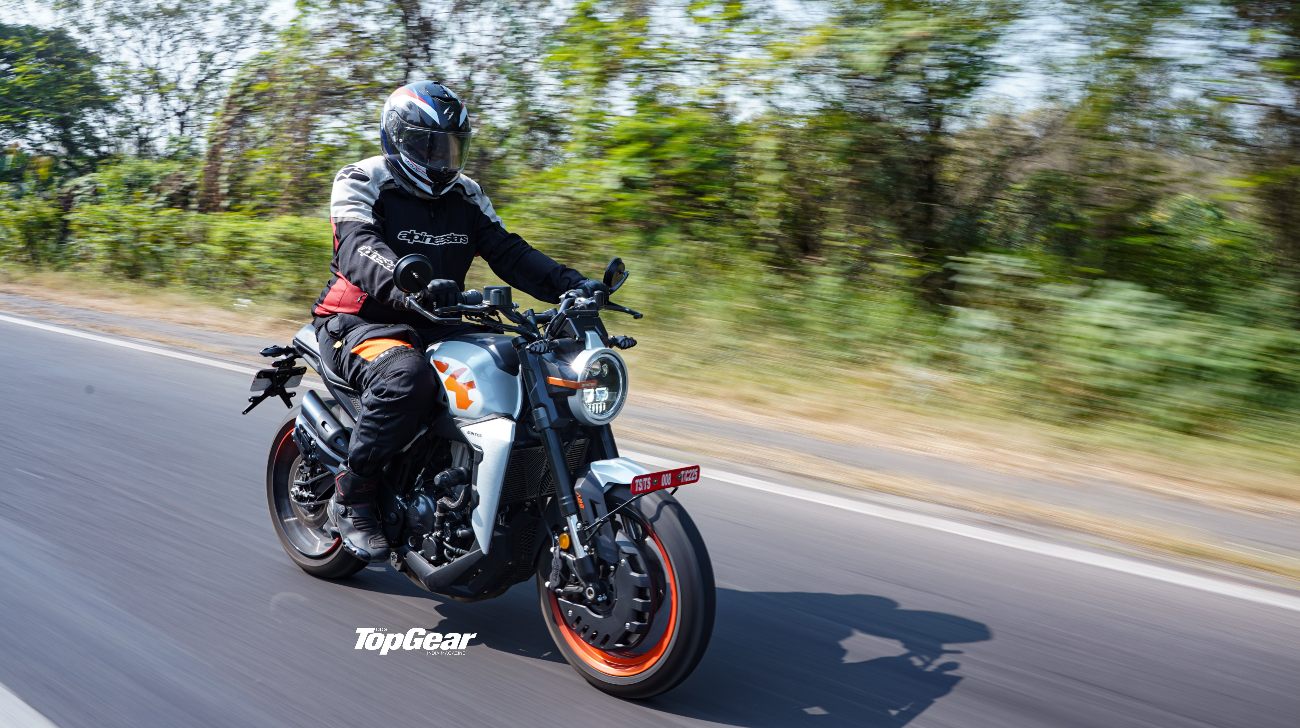 Can the Zontes GK350 attract the attention of the masses with all the features it has on offer?

In terms of styling, the GK350 looks like a modern take on cafe racers. It has a circular headlamp, bar-end mirrors, cafe-racer fuel tank, a slim tail lamp under the flat seat and spoked rims. On the side, there is a twin-barrel exhaust. All the lighting elements on the GK350 are LED units. Quite frankly, I was stopped by pedestrians and onlookers so many times while I rode the motorcycle, asking me what it was. The paint scheme of silver and orange enhanced the design of the GK350. Funnily enough, while we were shooting, we also had a cop stop and chat with us, asking more about the motorcycle, and he also presumed that it was a 1000cc superbike and not a humdrum 350cc café racer which is considerable praise for the bike.

Furthermore, the fuel tank measures 17 litres which is quite big for a cafe racer. The seat height is 795 mm, which is quite accessible for most people. Braking duties are done by a 320 mm disc in the front, which gets a cover and at the rear, there is a 265 mm disc. There is a dual-channel Anti-lock braking system on offer as well. Suspension duties on the GK 350 are done by 43 mm up-side down forks in the front and a mono-shock at the rear.

I always thought that only four-wheelers could fill pages of their brochures with features, but the Zontes GK350 proved me wrong. This motorcycle is loaded with tech! At the whelm of the rider is an xx-inch TFT display which shows all the information you’d ever need and then some more. As I mentioned earlier, all the lighting elements are LED, and that’s not all the motorcycle has keyless functionality. Right from opening the fuel lid to starting the bike, everything is done keyless, which is something you don’t get in any two-wheeler under 8 to 10 lakh. The party piece of the TFT display has to be the option of screen casting your android or apple device on the screen (while stationary, of course), but this feature blew my mind! Other than that, the TFT display is crisp and shows all the information you need. Plus, riders can toggle between multiple screen display modes such as street, race and more.