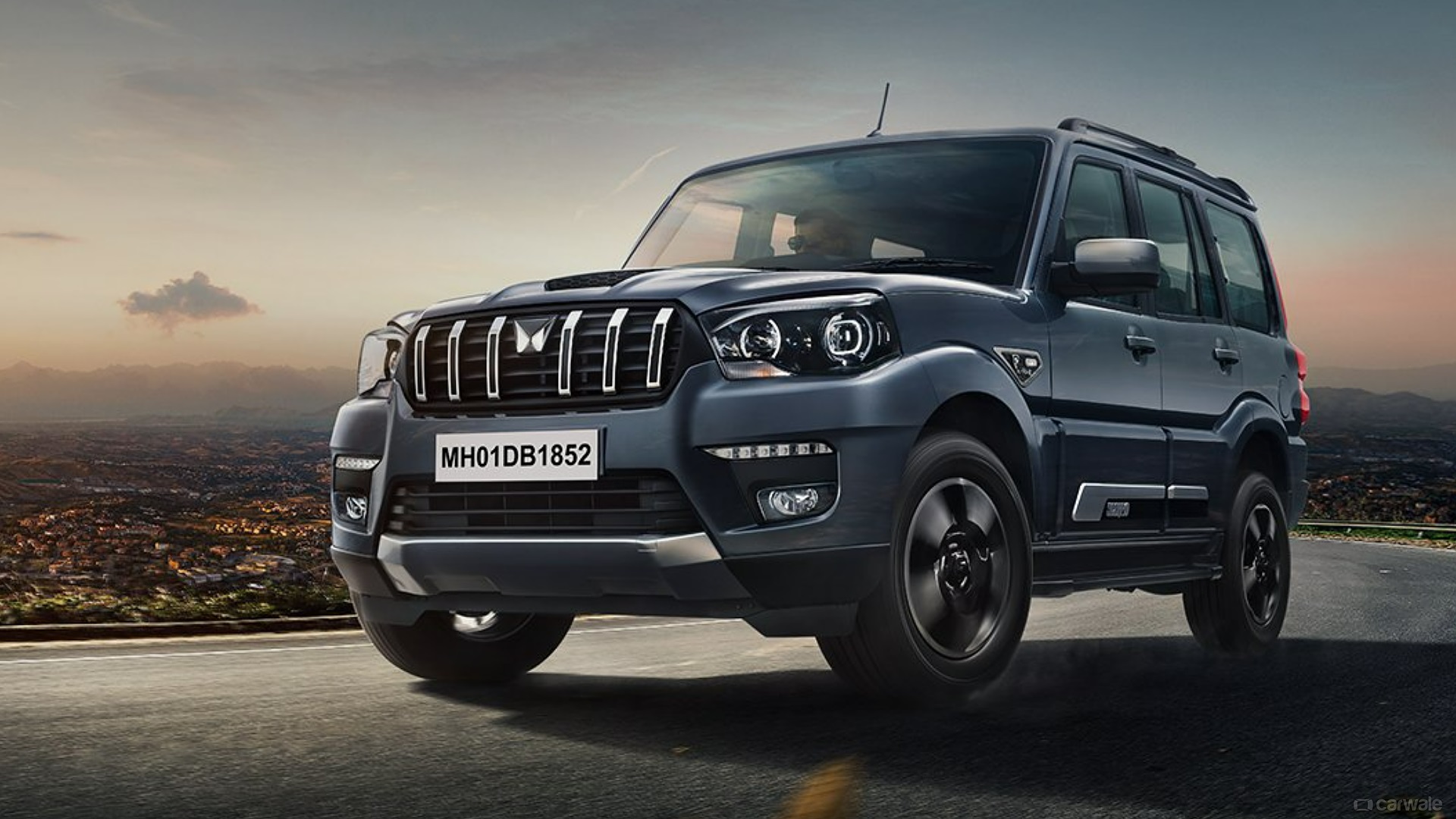 The Mahindra Scorpio was first launched on 20th June 2002. For people bad at maths, that is just over 20 years! When a company works on a product for two decades and counting, we expect refinement, finesse, and the best iteration of the product at any given time. And what a lovely time it is when the SUV and 7-seater car segment has seen a massive but understandable growth approach from new and experienced car buyers. The Scorpio moniker and its legacy are huge enough for Mahindra to name a new product called Scorpio-N to mark the nth iteration from Mahindra. We drove the Scorpio classic S11, and here are our impressions.

Though the overall silhouette hasn't changed much; a few cosmetic tweaks have been carried all around to retain the charm of Scorpio. The most distinctive and prominent changes include the front grille, which now adorns the all-new twin-peaks Mahindra logo, and vertical chrome inserts to add some bling. The new projector headlamps feature an angry-eyebrow insert which looks sharp, along with cornering lights for added convenience. The design of the bumper has been tweaked a little and now houses the DRLs along with fog lamps. A redesigned skid plate is finished in a brushed silver tone.  R17 diamond cut alloy wheels, and a dual-tone side skirt cladding looks premium. The 2.2 m-Hawk badge on the side fenders denotes the same engine spec as Mahindra’s Thar series.

The stepped roof, along with the roof rails, has been carried from the older generations of the Scorpio. Apart from the piano black cladding over the number plate with a dedicated slot for the rearview camera, a big spoiler gives it a prominent stance and houses the rear windscreen washer. A large footboard running across the rear bumper makes it easy to ingress and egress from the rear.

Multi-tone black, gloss wood finish and beige interiors make the cabin feel roomy and talking about the dashboard, which now features this larger 9-inch Android-based infotainment system with no support for Android Auto or Apple CarPlay. An automatic climate control unit with large dials & good tactile feedback controls the air conditioning. Unfortunately, you still don't get a bottle holder. Instead, suffice yourself with a magazine holder on the front doors. Another inclusion is the power windows switches which now can be accessed on the door instead of the central console.  The push-to-start/stop feature is missing, and you would rather have to use the conventional keyhole. The ORVMs can be electronically operated using this joystick.

The new leatherette steering wheel feels chunky and nice to hold with media and cruise controls on either side. It can be adjusted only for the rake and not for reach. The teal-coloured digital and analogue lights add a nice appeal to the interiors of the Scorpio classic. Adding to the comfort are individual armrests attached to the seats with nicely stitched dual-tone fabric upholstery. A point to note is that the driver’s seat is 8-way manually adjustable, while the passenger seat misses out on height adjustment. The biggest talking point of the Mahindra Scorpio classic is the number of available seating possibilities. One can avail of the Scorpio classic in 7 (2nd-row captain seats) and 9-seater options with different seating configurations.

Feels new yet classic to drive

The Scorpio classic now gets a better engine, relatively light steering, an improved suspension setup and NVH levels. For a change, the huge bonnet of the Scorpio is not much of a hassle to pick up as it stands on hydraulic struts. Packing the powerhouse is an all-aluminium construction 4 cylinders 16 valves, 2.2-litre m-hawk diesel CRDI engine churning out 130hp and 300 nm of torque. This is the same engine as the Mahindra Thar but tuned for more mid-range performance and fuel efficiency. The other significant change comes in the form of a better suspension setup. The front end gets a double wishbone suspension with coil spring, and the rear gets a multilink suspension with coil spring. Unfortunately, this rear-wheel drive still misses out on rear disc brakes. The Scorpio classic misses out on automatic transmission and gets a 6-speed manual cable shift.

The clutch pedal travel is still as tall as the car’s silhouette. Gear shifts are smoother than ever, while the overall characteristic of the Scorpio as a large vehicle has polished with this iteration. It drives enthusiastically with the 2.2 m-Hawk engine. The first couple of gears is short, while the 5th and 6th gears are best suited for highway drives, refining the overall feel even at triple-digit speeds. Especially in the 6th gear, this car suddenly calms down to bring refinement and impressive NVH capabilities. There’s enough grunt to creep around in 2nd gear through city traffic, while the torque curve is healthy for most driving scenarios. The new suspension setup has done wonders for the Scorpio classic. You are commanding the road upfront with a tall stance, but the new suspension setup controls body roll to quite an extent while maintaining excellent body control. The light steering makes manoeuvring this car in the city and highways much easier than Scorpios of the past.  Add to the fact that unlike most large cars on our roads, the Scorpio is much narrower and can easily creep through hatchback-like openings in congested traffic. Driving the Scorpio reveals that Mahindra has listened to constructive criticism and improved the Scorpio classic to be the finest iteration in the past 20 years! The Scorpio classic now feels like a much premium and finer product than its predecessor. Priced aptly, this is one of the few large SUVs with rear-wheel drive and decent off-road capabilities while being an excellent car in the city and a long-drive companion with multiple seating configurations.