Features/ Blogs/ Here’s An Unconventional V8 That Can Be The Centrepiece Of Your Man Cave!

Here’s An Unconventional V8 That Can Be The Centrepiece Of Your Man Cave! 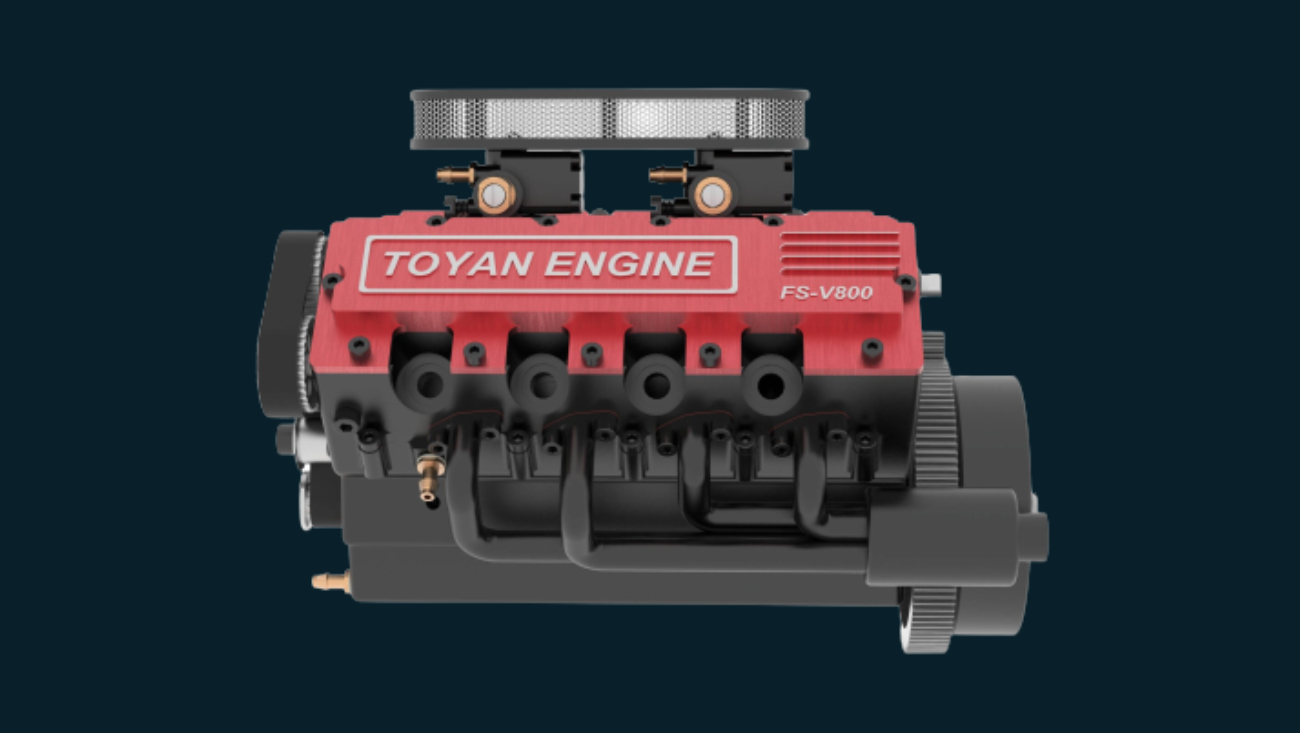 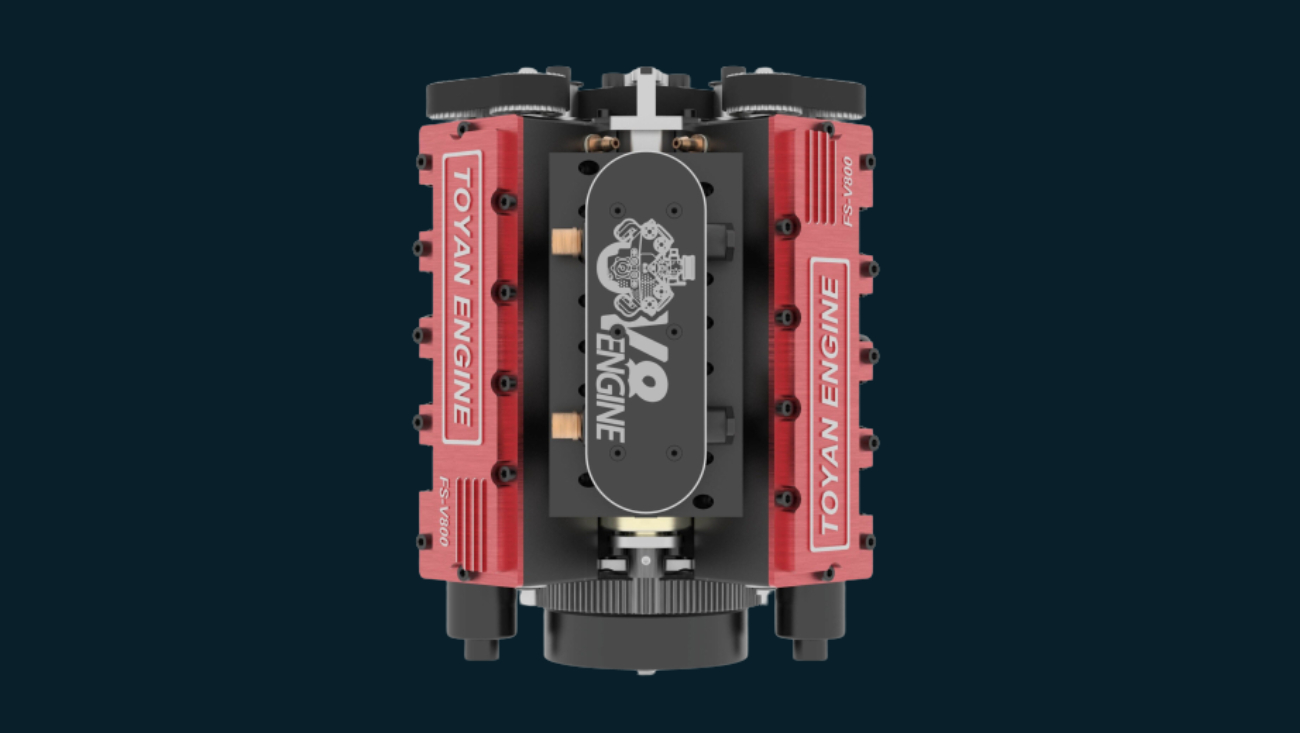 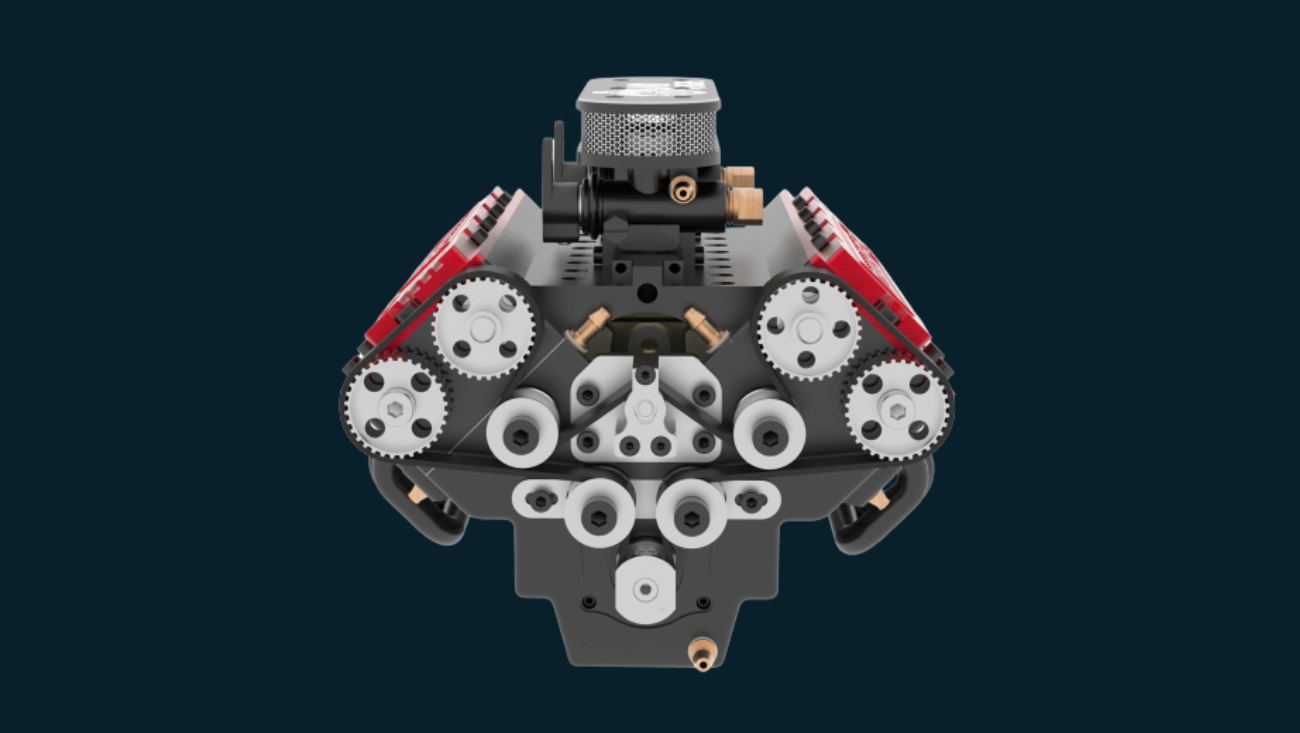 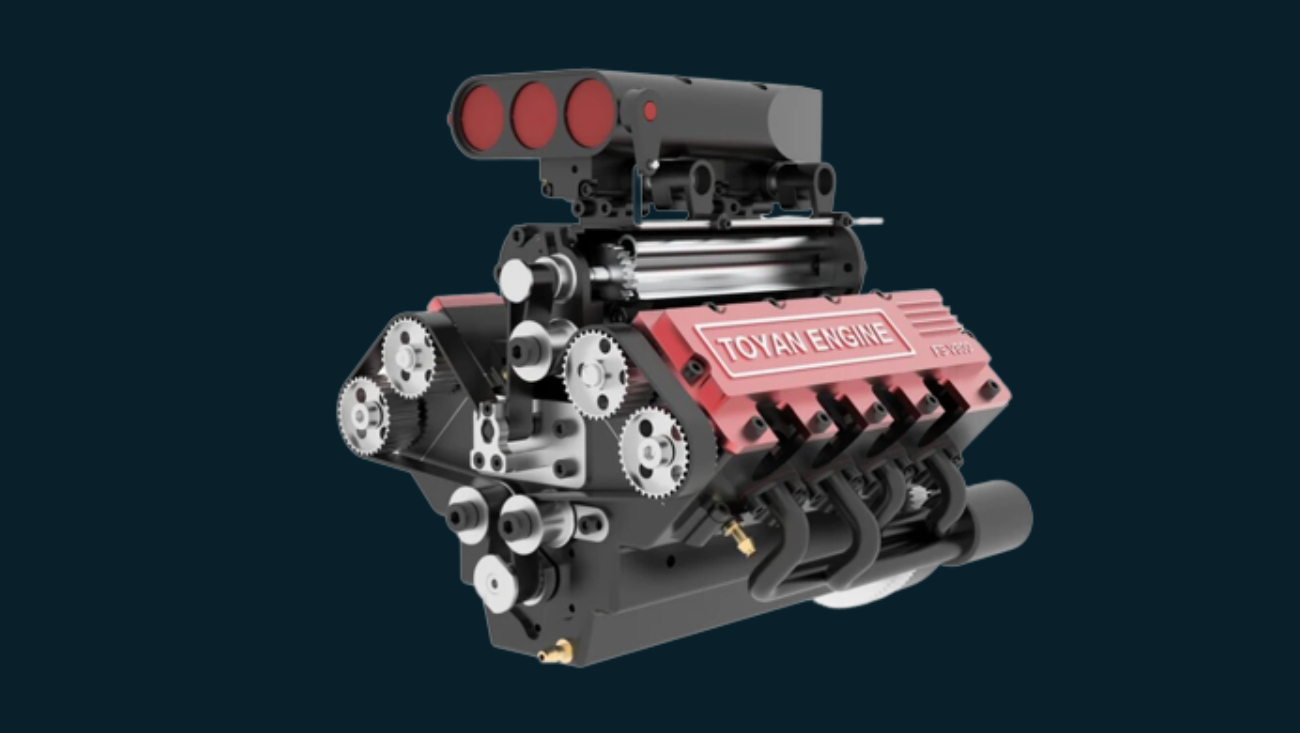 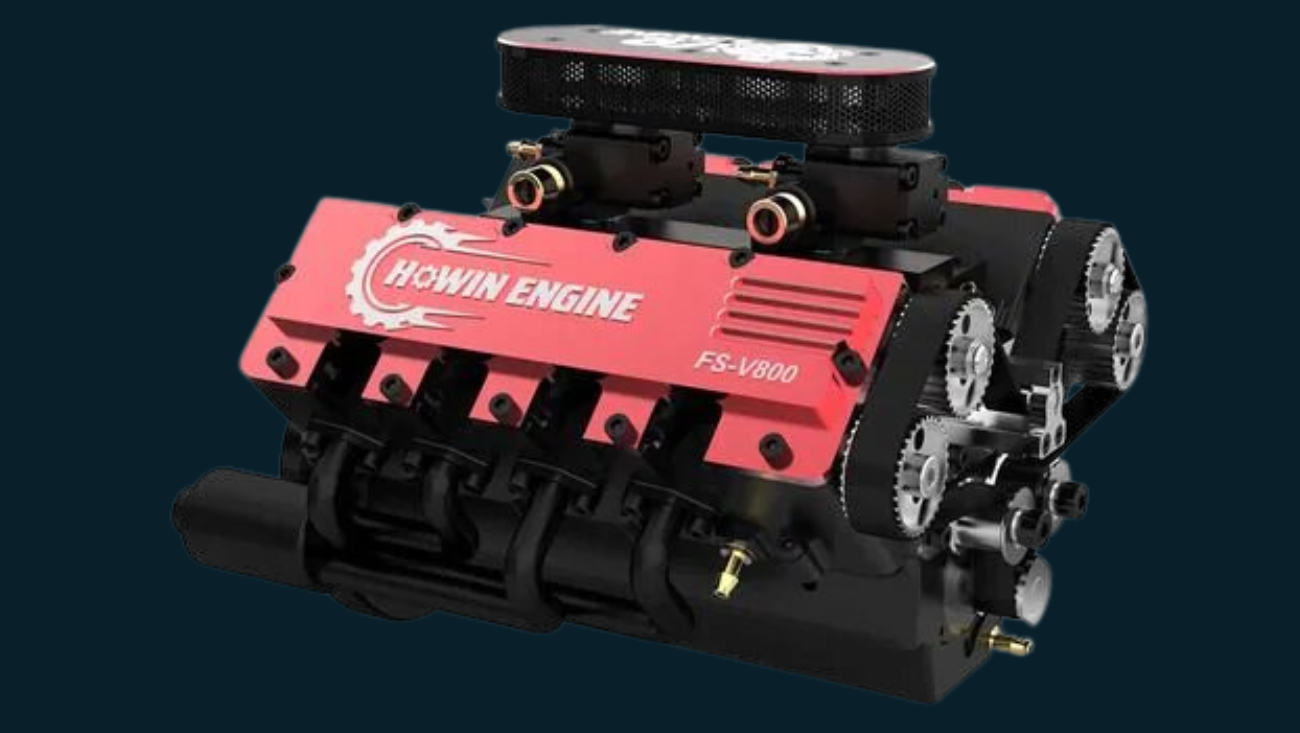 The engine is made by Toyan Engine, a company that produces model engines for petrolheads like you and me. This engine is the Toyan V8 Engine FS-V800. It is a 28cc living, breathing, fully functional 90-degree V8 engine that produces 4.29Hp. The motor functions on 25%-30% nitromethane fuel, but a petrol-powered engine is also available. The engine weighs 2.05Kg and is made of metal alloys used for real engines. The 1:10 scale size means that the engine is 4.86 inches long, 5.01 inches long & 1.26 inches tall, quite a power pack. Isn’t it?

All 8 pistons are 16.67mm in diameter, which operates within 16.67mm wide cylinders with 17mm bores. These 17mm bores allow a displacement of 3.5cc per cylinder, hence, the 28cc figure. The pistons have 17mm long strokes thanks to the cross-type crankshaft angled at 90 degrees. This effectively provides more torque when you attach a mini gearbox to your mini engine. In terms of cooling, the engine uses a good-old mechanical water-cooling pump powered by the crankshaft, which provides circulating power to the liquid cooling system. The cooling system is backed up by a heat-dissipation fan for better cooling. This makes the engine essentially self-cooling.

The engine does rev at your will. That happens through an alloy rocker arm that can be…well rocked for when you want the engine to start its roars over the idling harmony. The engine idles at 1800rpm and comes with independent intake and exhausts for more accurate valve switches. The camshafts turn through a double synchronous belt pulley timing structure. Not to mention that the chrome-finished gears for the camshafts look incredibly rad while they’re at it. A dual carburettor allows better tuning and throttle response while ensuring that the engine is more stable while working. Stable working is a must so that the engine continues putting out those roars through the exhaust pipes.

Stirlingkit.com currently has the engine listed for USD 1699.99/- for the petrol-powered version and USD 1799.99/- for the nitromethane-powered version. These are prices only for the engine/engine kit. The engine requires an additional starter kit which includes a radiator, starter wiring and other ancillary accessories necessary for the engine’s operation. This starter kit can be bought from the same website for USD 299.99/-. Needless to say that the engine can be tuned and upgraded. A good start could be the performance V8 supercharger to add a pinch of that supercharged whine to your man cave. The supercharger kit costs USD 399.99/-

This engine kit is a great learning experience for someone trying to understand the workings of an engine or even looking to have a good showpiece. Toyan sells the engine as a DIY kit for all enthusiasts. But stirlingkit.com – a popular marketplace for model engines and other supplies – also offers the engine as a fully assembled version for the same price. But where’s the fun in that?

This one is not the end of the range when it comes to model engines that you can buy. So stay tuned for more upcoming articles where I shall share some more of these fascinating showpieces.