Taxes On Our Automobiles Decoded | Hybrid Cars In Woes? 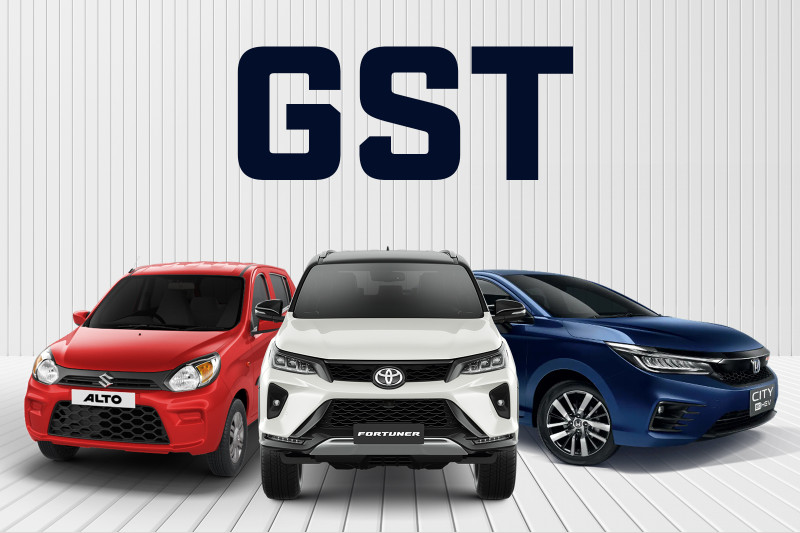 The Indian automobile industry is undoubtedly one of the key pillars of our economy, contributing around 7.1 per cent to the GDP. Also, GOI aspires to increase the contribution of the automobile sector to India’s GDP by 12 per cent. Well, until now, the policies and actions do not align with the goal which GOI aspires to achieve. In fact, the friction between manufacturers, consumers and government authorities takes center stage whenever the topic of taxation on automobiles emerges. India is one of those countries which receives the highest tax on cars. Today, we provide an in-depth analysis of the GST we pay to the government to own a car.

GST on the cars

The government of India introduced a centralized taxation structure as GST (Goods and Service Tax) on July 1, 2017. GST rates on a car are 28percent standard across all the body types, fuel and passenger capacity. However, compensation Cess tax differs from vehicle to vehicle. Well, Cess is nothing but an additional tax applied to compensate for the loss in revenue upon applying new GST tax laws. Cess varies from 1 percent to a maximum of 22percent depending upon the size, fuel and engine capacity one opts to purchase. Passenger vehicles (petrol, CNG, LPG) with less than 4m in length and less than 1200cc engine are put into 1 per cent Cess bracket. Whereas, big SUVs with more than 4m in length, more than 1500cc engine & more than 169mm ground clearance are liable to pay a hefty 22 percent Cess. A detailed chart is put up for your better understanding.

Note*- Data for the chart is taken from SIAM official website

These two are among the highest-selling vehicles in their category. So let’s break down the respective ex-showroom price for a better understanding. The ex-showroom price for an Alto VXI+ variant is Rs 4,41,448 lakhs. In comparison, the Fortuner 2.8L diesel ex-showroom price is 44.74 lakhs.Note that the automaker sets the ex-showroom price along with the GST added to it. The on-road price varies from state to state as every state has its own registration fees, road taxes and other important miscellaneous charges which need to be paid to be eligible to drive the car on the road.

Karnataka is one among several states in India where owning a car puts a big dent in your pocket. Go up north-east in Assam, and the road tax is significantly cheaper. Haha, you must be thinking about getting your next car registered in Assam . Well, it isn’t as easy for any non-resident of Assam to register their vehicle in Assam and drive it in their respective state.

Note*- Prices gets updated and may vary.

Roadblocks for Hybrid cars in India?

To your surprise, the Cess levied on the hybrid car is 15 percent, making a total applied tax of 43percent . Also, there is no compensation or relaxation on road-tax as well. Hybrid technology is the best viable solution to transit to a greener and cleaner future for now, as the EV technology is in a nascent stage. Also, the infrastructure challenges give a big hit to the mass adoption of EVs. On the other hand, hybrid cars have fewer emissions and enhanced fuel efficiency, potentially reducing carbon footprint. Take, for example – Honda City eHEV. It is a proper hybrid with a decent claimed range of 26.5kpl. The car on-road price goes up to around Rs 23.42 lakhs. Hybrids are the best option for tackling range anxiety issues with decent performance. However, the taxes levied on the hybrid car come as a hurdle for its adaptation. Our Ed has also highlighted this topic in its recent editorial note. You can read his opinion here.

Well, we also need to respect several limitations of the government to lessen the taxes on automobiles. It isn’t as easy as it seems because the taxes earned benefit several ambitious yet necessary projects. However, the debates and discussions are underway to lessen the GST, but the GST Council and Finance Ministry are yet to conclude soon. Well, until that happens, we, along with the hybrid cars, have to take the heat of the taxation structure of the Indian government. The prices of vehicles are increasing rapidly due to several supply-side challenges. Also, inflation adds another burden to owning one. In such a situation, revised GST will help the automobile industry to keep it sustained. Currently , when EVs are in their evolutionary stage , Hybrid cars are the plausible interim way out to address the issue of reducing emissions and higher imports bills.If necessary advantages in taxes aren’t given to such cars, then the lower sales volume would not only hampers a manufacturer’s growth but will also affect the whole automobile ecosystem.