Features/ Blogs/ What Would It Take To Own A Bugatti Chiron In India?

What Would It Take To Own A Bugatti Chiron In India? 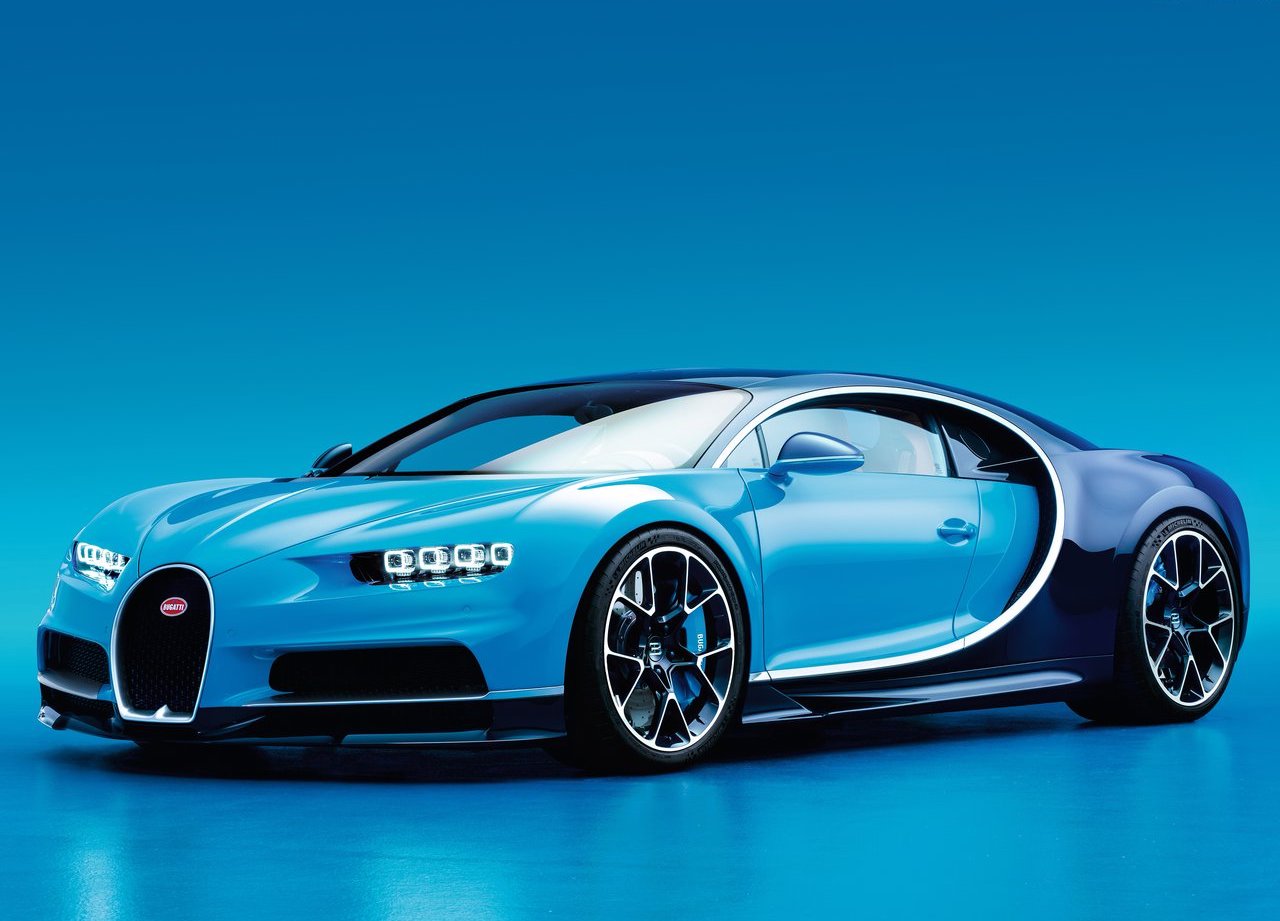 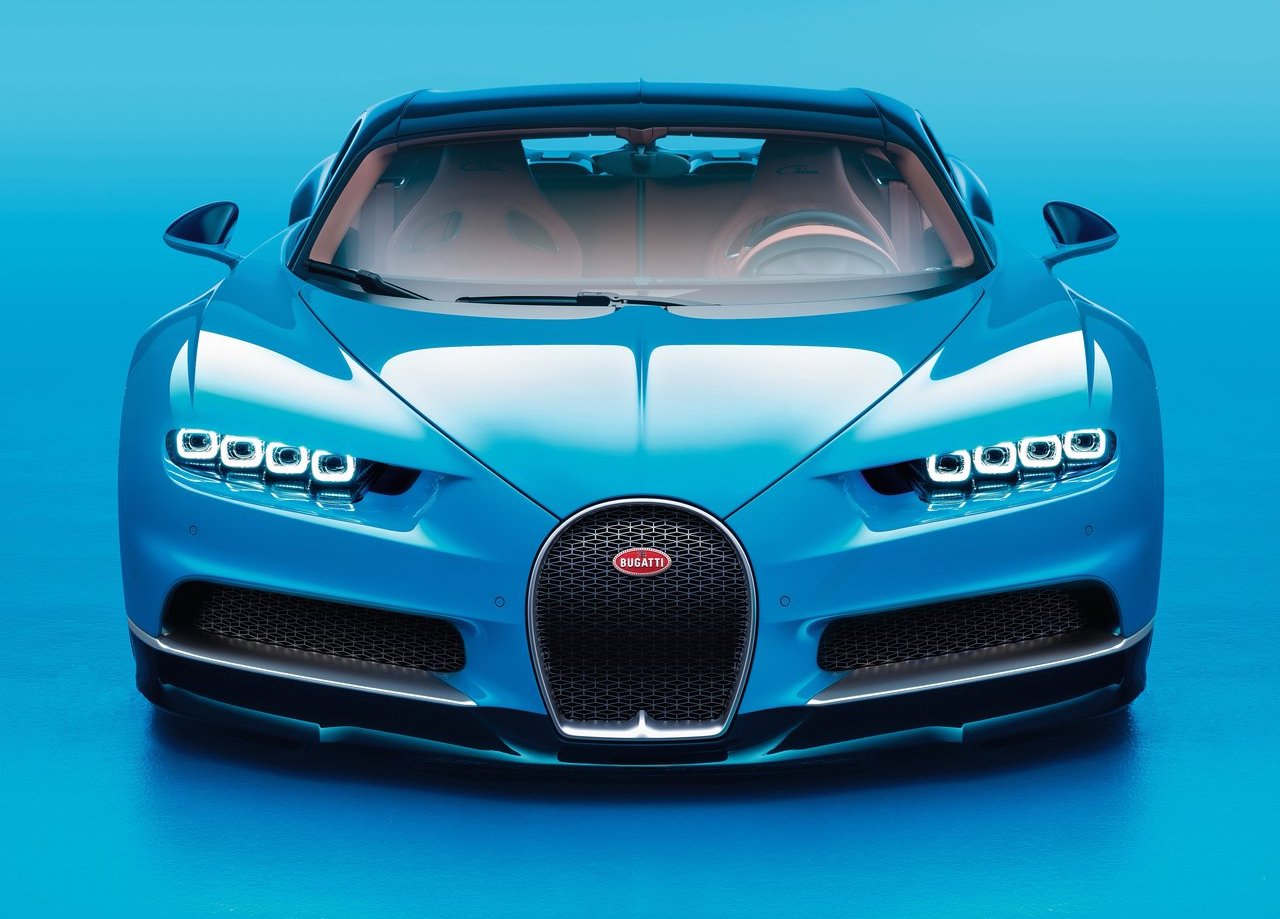 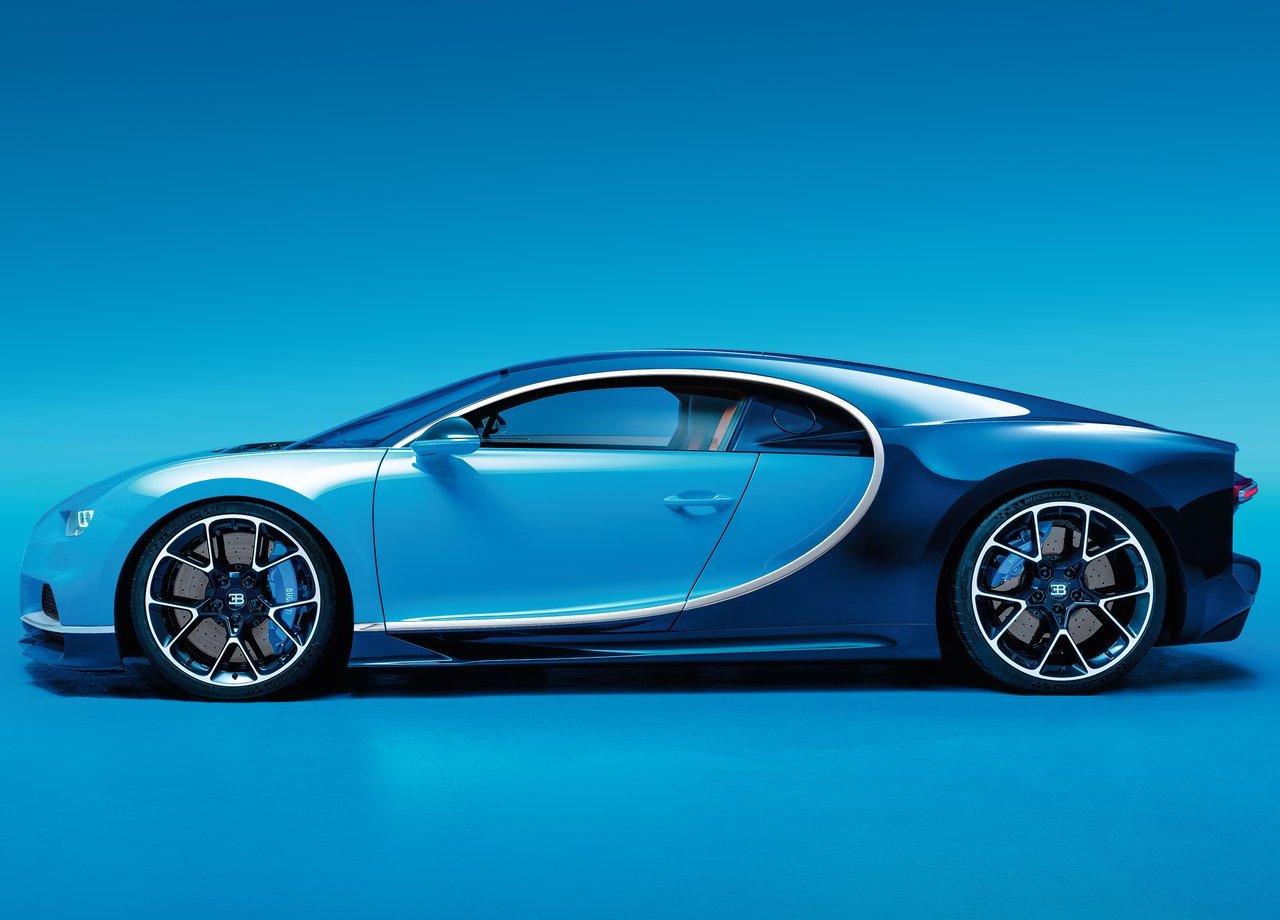 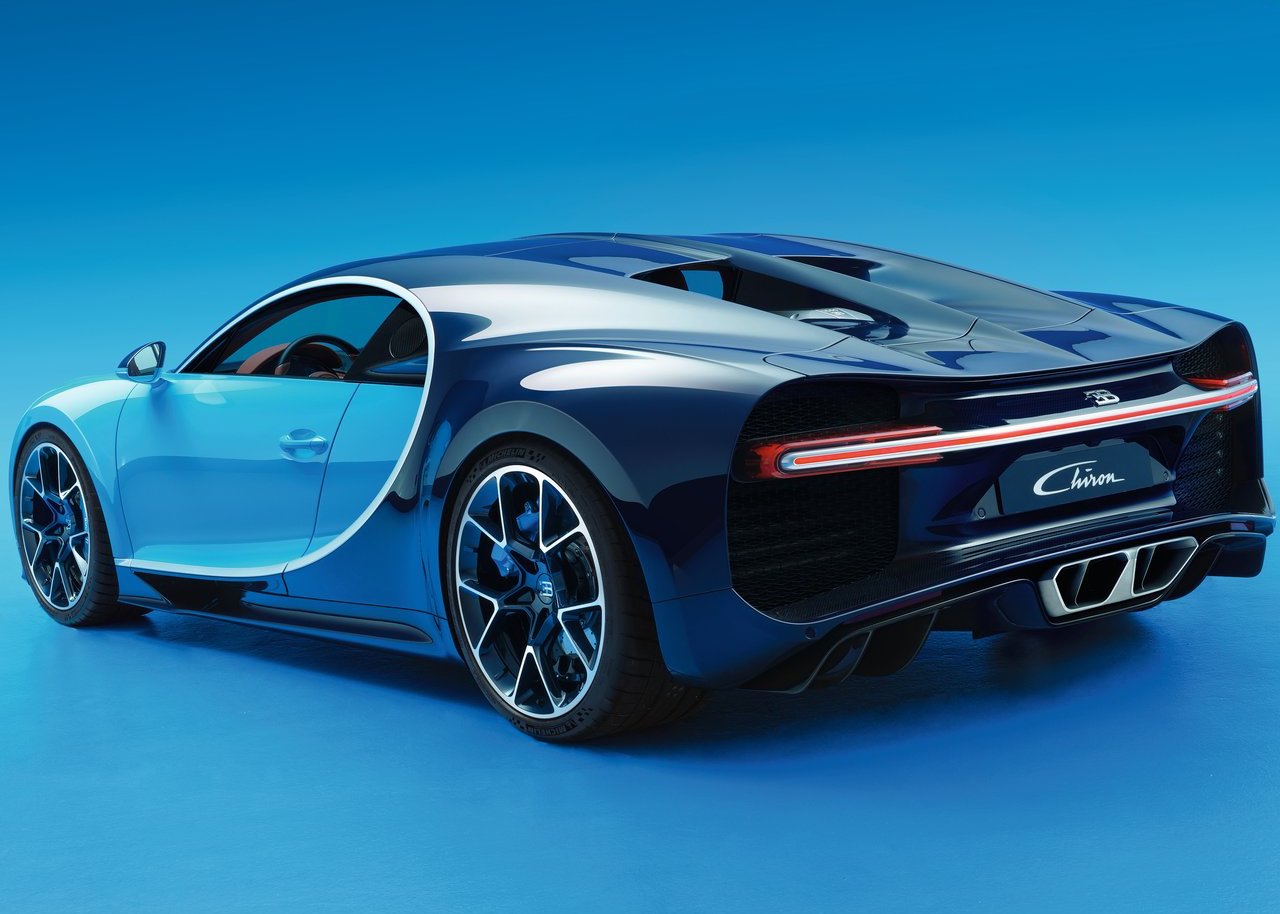 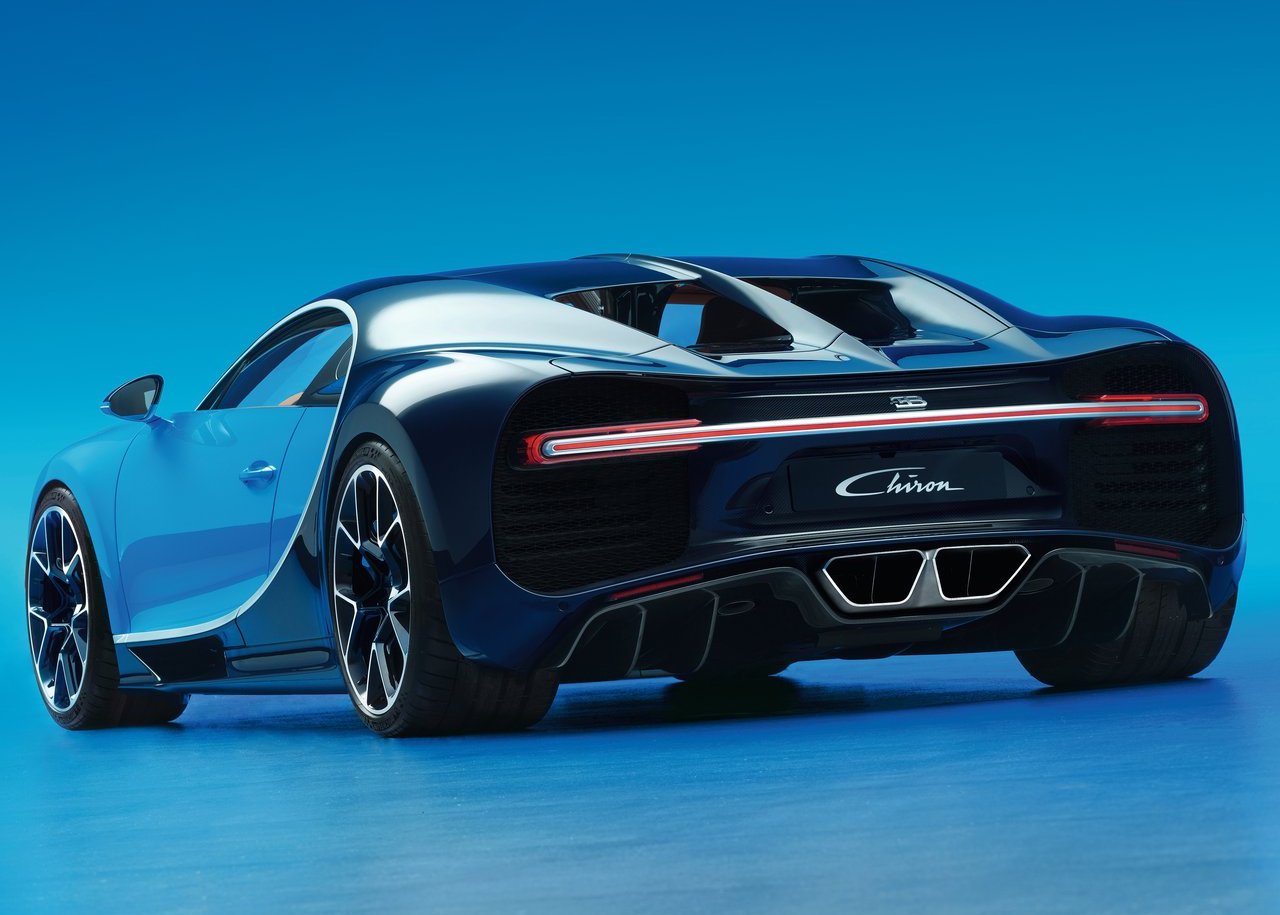 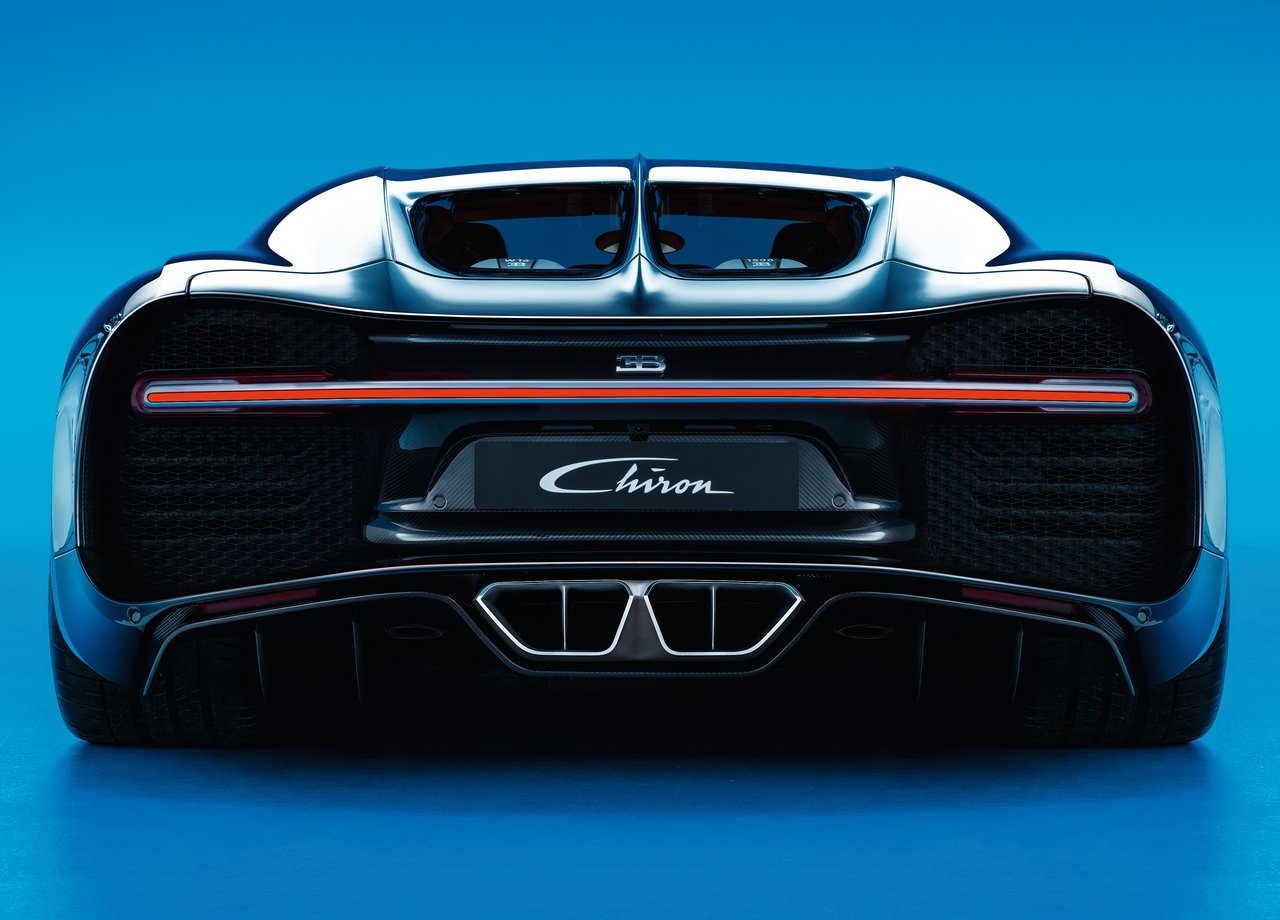 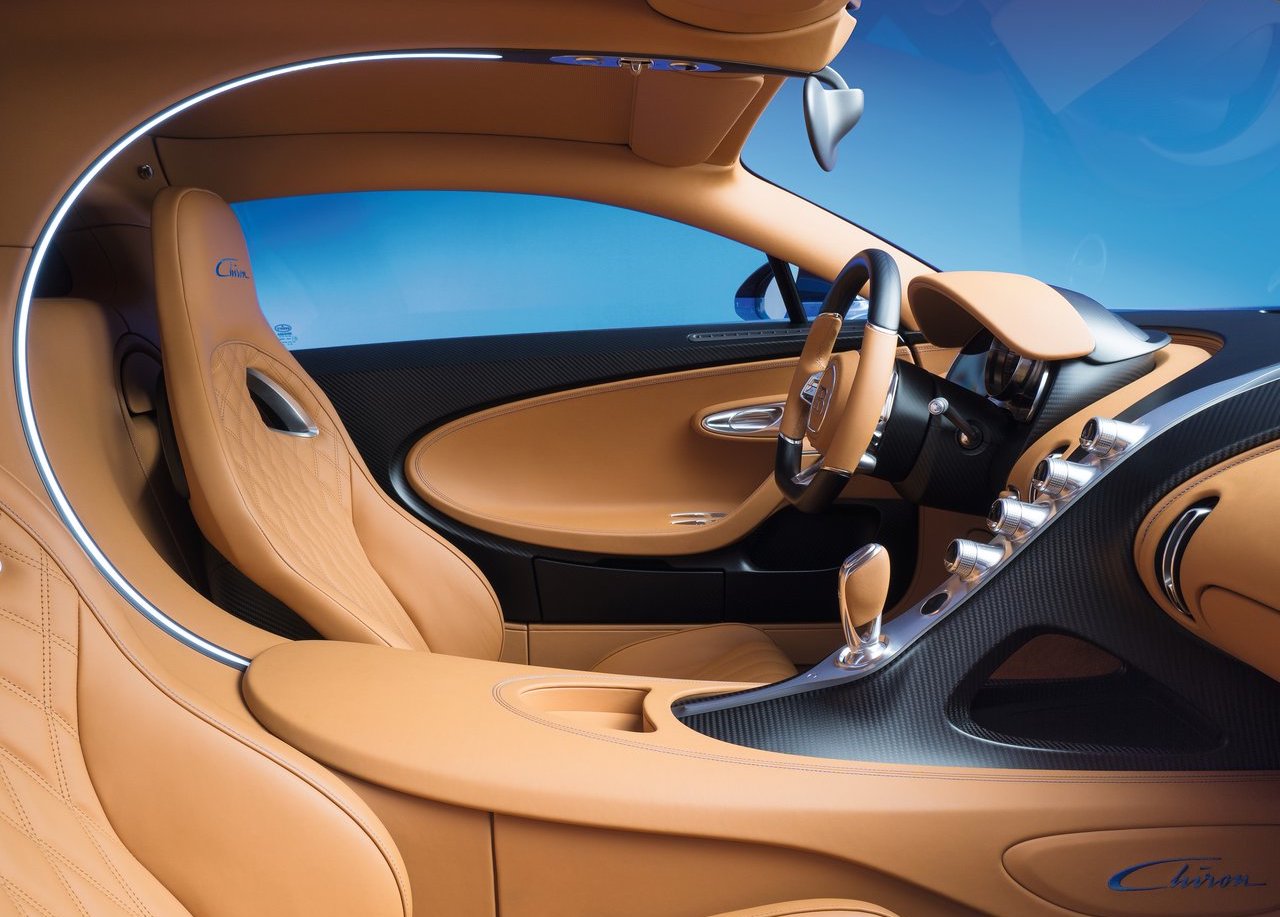 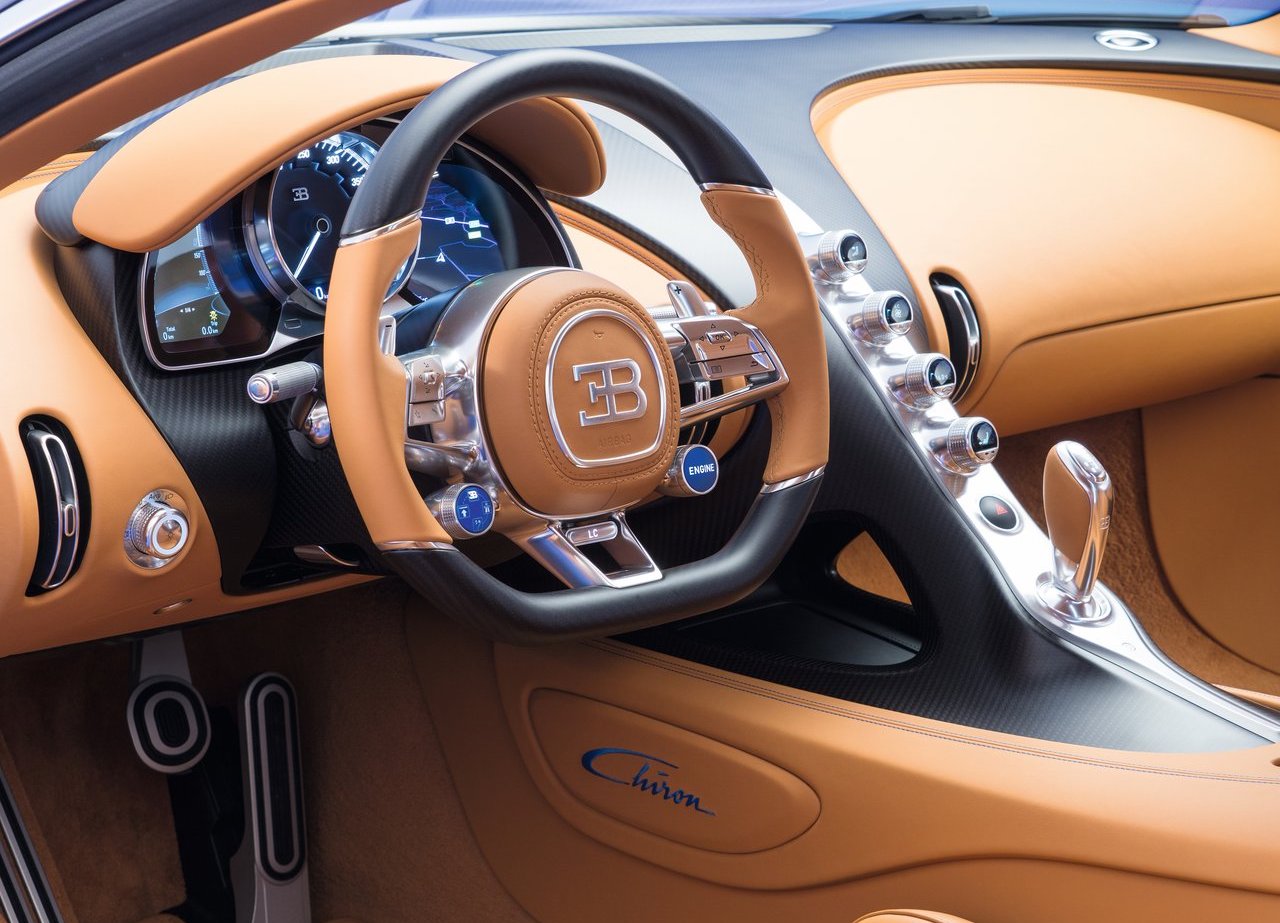 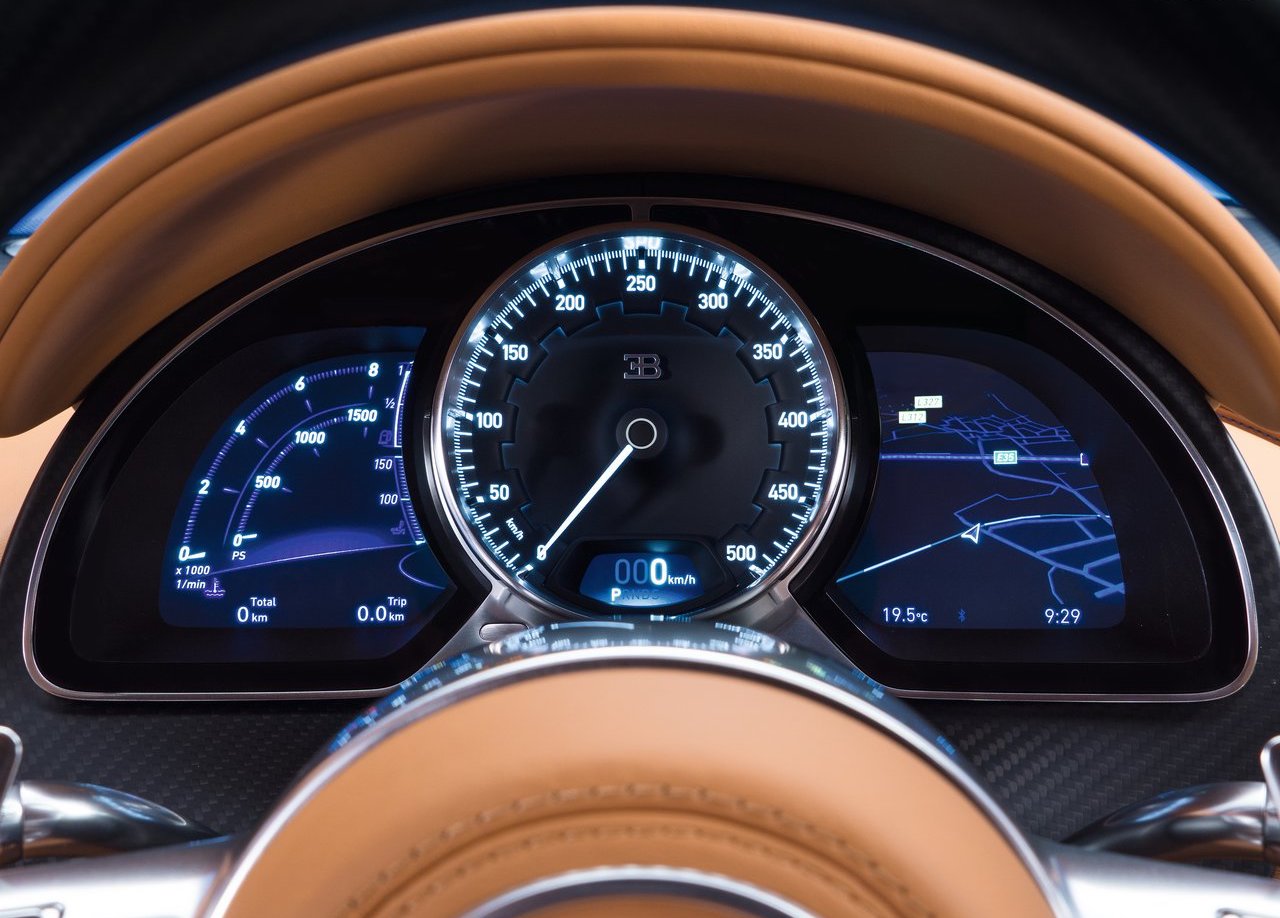 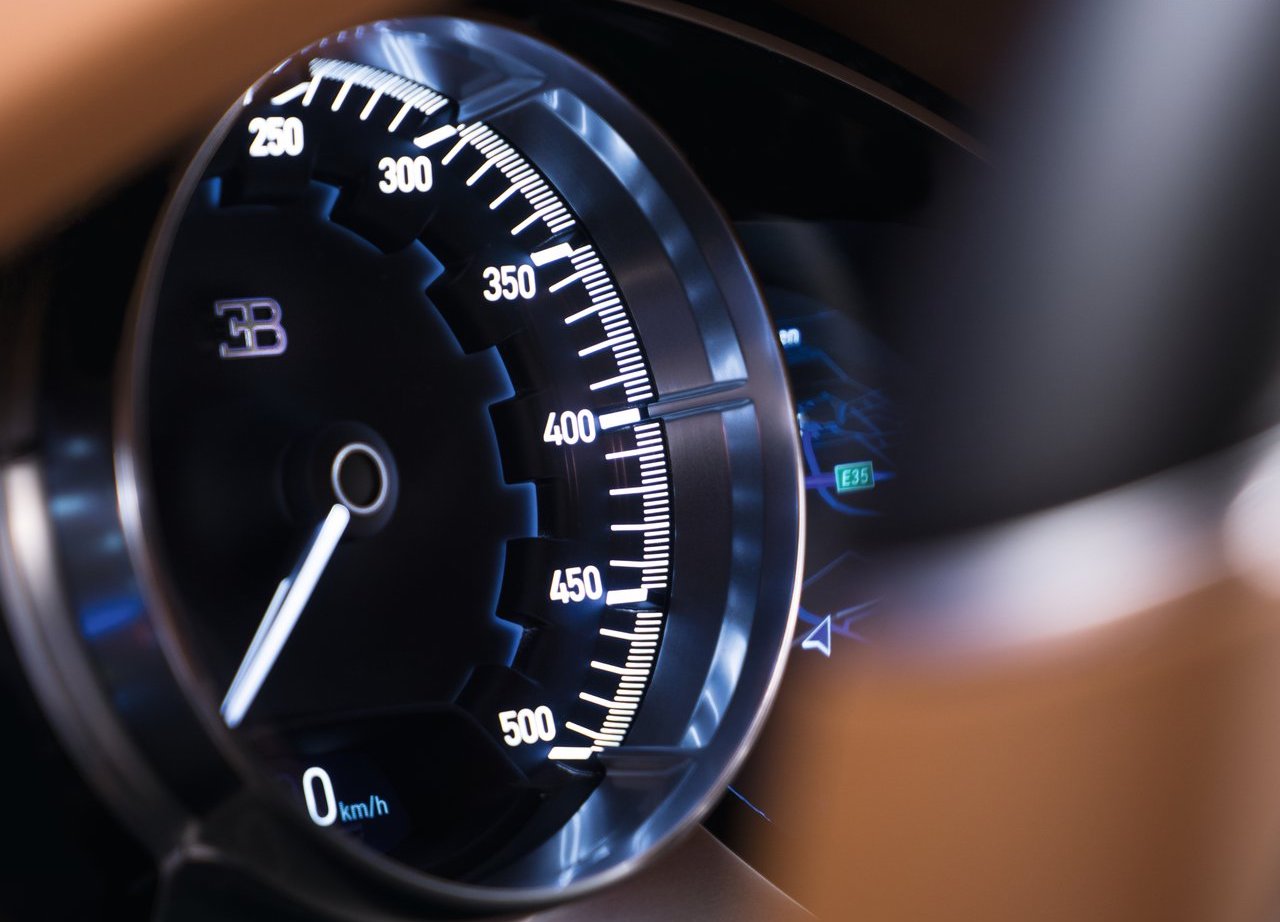 The Bugatti Chiron is the epitome of performance. An example of what French performance under German oversight could achieve. Bugatti describes the Chiron as a car “not for standard car enthusiasts”; it is meant for “extraordinary people”, which might be true. An average Bugatti owner, according to Bugatti president, Wolfgang Durheimer, owns “64 cars, 3 jets, 3 helicopters and a yacht.” That’s a rare breed to find!

So, moving on to what it would take to own a Bugatti Chiron in India. The first thing is boatloads of money. And that is the only thing that matters, really. All other things are second to that. Why do I say so? You’ll find out.

The first thing would be the car itself. The Chiron has completed its 500-unit production run, so the only option is a pre-owned one. And since there were no Chiron sales in India, it is evident that one has to be imported into India. But where to import it from?

From my research, buying a pre-owned one from Japan is the cheapest. 2018, pre-owned Chiron with very low mileage in excellent condition would cost somewhere in the JPY 467 million region. Which at today’s exchange rate would be approximately INR 27.42 Crores. This is just the start of the long list.

After buying the car overseas, it would be time to ship it to India. Depending on the company, sending the vehicle to India would cost approximately 3-6 Lakhs by sea and even more by air. This shipping cost includes the cost of marine insurance too.

Obviously, someone buying a car like this might not even blink at that price but then comes the next significant expense in the form of Indian Customs. First, the vehicle must be right-hand driven to be imported into India. This would not apply to the Chiron because they’re all left-hand drive cars. But through certain loopholes, I’m sure agents can facilitate your import. In exchange for some pink notes, of course!

The import duty on used cars in India is 125% of the car’s CIF value. CIF stands for cost, insurance & freight. Insurance in this context is marine insurance for transportation. So, at the CIF value of INR 27.48 Crores approximately, the car would be subject to INR 34.35 Crores. The car’s final landed price in India is around INR 61.83 Crores.

The long list of procedures and costs is still ongoing. After completing all the import formalities, the car must be registered in India to be driven on public roads. We will assume the vehicle to be registered in Mumbai. This car is undoubtedly applicable in the highest road tax bracket in Maharashtra at 13% of the car’s value. The road tax will be applicable on the car’s cost, so 13% on INR 27.42 Crores. That is 3.56 Crores in road tax alone. But the good news is that road tax in Maharashtra for private buyers is capped at INR 20 Lakh. Which is what will be applicable if bought and registered in a private name.

Post registration, the car will need to be insured. Of course, it will be. I would also insure it against the breeze because it would be a nightmare to have something happen to the car and not have it covered. Since no Bugatti has ever been insured in India, we have no past references. But, based on my research and the quotes we received from the insurance companies, the insurance on the car will set the owner back somewhere in the region of 20-25 lakhs per annum.

This is the Bugatti Chiron’s on-road price in India. INR 65.64 Crores approximately. But now comes the big part, paying for the car. Of course, 65.64 Crores might be peanuts to someone buying a Bugatti Chiron. Still, financing a vehicle through a bank loan makes complete economic sense. Or does it?

Since the car’s on-road price is INR 65.64 Crores, banks usually finance up to 85% of the on-road cost of a vehicle. Considering the maximum possible finance amount, the down payment for the car would be INR 9.8 Crores. That’s almost the price for a brand spanking new Rolls!

Considering that the car is financed for 5 years at a 7.5% interest rate, the EMI on the car would turn out to be INR 1.11 Crores a month! That’s a GLS every month. Moreover, the buyer ends up paying INR 11.29 Crores as interest to the bank. This is honestly where my brain blows a fuse!

Now that the car is on the road and paid for, the owner has to drive it. We all know that Bugatti cars are damn expensive to run. The Bugatti Chiron’s fuel economy can range anywhere between a Boeing 747 and an uncontrolled refinery fire. While running at its top speed of 420kmph, the Chiron can guzzle up its 100-litre fuel tank in 9 minutes. 100 octane fuel allows the Bug to produce those 1500 French-German crossbred horses. 100 octane fuel in India costs INR 160 per litre. That’s 16 large for a full fuel tank gone in 9 minutes when at top speed. I’m sure IOCL share prices will rise if someone imports a Chiron! The lowest claimed fuel economy on the Chiron is 2.3kmpl. So every kilometre in the Chiron will cost just under 70 rupees. I guess oil really is liquid gold?

The maintenance of a Bugatti is like its performance. Incredibly high and expensive. The annual service is the first item on the long list of Bugatti maintenance. Since this is India and there are no service centres here, the owner will have to ship the car over to the nearest service centre. Which would be either Dubai or Singapore. Shipping to the service centre & back should cost somewhere around 10 lakhs on top of the service cost. The annual oil change/service cost is approximately INR 20 lakhs. That’s 30 lakhs a year on yearly maintenance.

In continuation with extra-terrestrial prices, all four turbos on the Chiron must be replaced every four years. Which includes import duties and should cost around INR 28 lakhs. A few more things need to be done every 5 years. These include:

Let’s add those costs up, shall we? Four years with the Bugatti Chiron, assuming a running 6,000 to 7,000 Km per annum (on the high side), will include:

So after paying almost 8 McLaren GTs in import duties, a Creta in road tax, a Innova in insurance every year, a Cullinan as down payment, a GLS as EMI every month, 2 Urus Performantes in interest to the bank, a Seltos in fuel costs and a 296 GTB in maintenance, what do you get?

It would be way cheaper to buy and store a Chiron overseas. But, for the price, you get to be the first to import a Bugatti into India, along with many damaged front splitters on Indian speed breakers. Honestly, I hope someone willing to commit financial suicide imports a Chiron into India for all of us petrolheads to see. Still, I don’t see anyone but a 3-comma club member doing so anytime in the future.