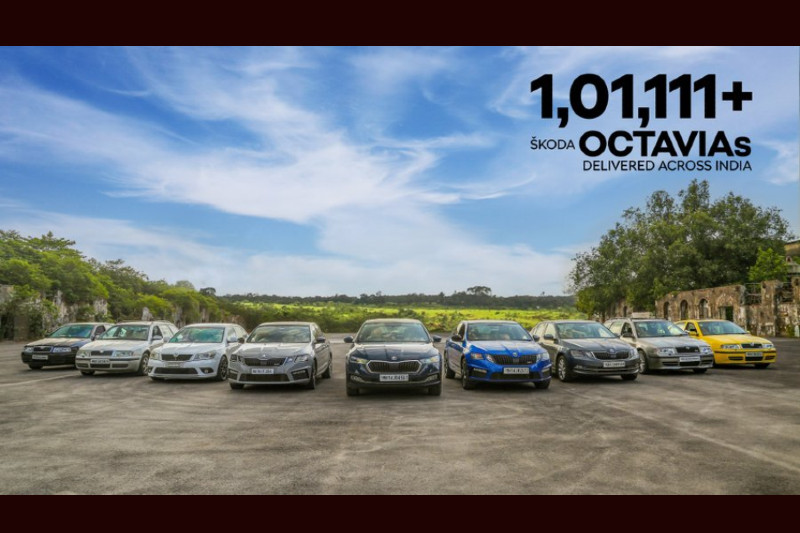 1,01,111. Yes, that is the exact number of Octavias sold in India until now. Achieving such a milestone in India, after being in the market for around two decades, is no small feat, especially for a premium D-segment sedan in India. The nameplate has a fan following as India’s most sporty yet practical sedan. It’s a go-to car for any enthusiast, especially the vRS versions. But sadly, the existence of the vRS badge in India isn’t anymore.Well, fingers-crossed, who knows , RS badge could return in a plug-in hybrid Octavia soon.

The Octavia kicked off its beginning in India in the year 2001 with a bang. The sedan was way ahead of its time in terms of features and performance. Octavia has showcased to Indians what German-built quality was all about. Then came the enthusiast’s favourite vRS badge in 2004. Under the hood of vRS Octavia was a 1.8-litre turbocharged petrol engine that used to churn out 150hp and 210Nm of torqueThe second-generation Octavia came to our shores in 2005 as a Skoda Laura.

Also, it was being sold alongside the first-gen Octavia. The car was based on VW’s (PQ35)A5, which also housed Audi A3 and VW Jetta. Laura was more technologically advanced with its drive-train, especially a dual-clutch gearbox. Laura had options of 2 diesel engine options and 1 petrol option. Petrol-heads favorite was a 1.8-litre TSI petrol engine with a power output of around 160 bhp and torque output of 250 Nm..

India welcomed the third-generation Skoda Octavia in 2013.It was built on a modular MQB platform. Until now, the market has become relatively mature, and people admired Octavia a lot. The Octavia was offered with 1.8-litre TSI turbo-petrol which churned out around 177hourses. A 2.0-litre turbo-diesel engine used to produce 141 hp of power and 320Nm of torque.There was also a small 1.4-litre TSI petrol engine with 137 horses and 250 Nm of torque on offer. The car was facelifted in 2017 and went on  sale until 2020.

Currently, we have fourth-gen Octavia in India. VW has wholly scrapped the diesel engine option in India, so what we get now is a 2.0-litre turbo-petrol engine churning out 190hp of power and 320Nm of torque which comes mated to a seven-speed DCT gearbox.

Every generation of Octavia in India was a worthy update in terms of technology and features. Since its launch it has become the largest selling CKD models of all time in India.Today, it has no active competition, as Honda Civic and Hyundai Elantra aren’t on sale anymore. Though Skoda took quite a while to achieve this milestone, but their resilience to keep the nameplate alive is what is worth celebrating.