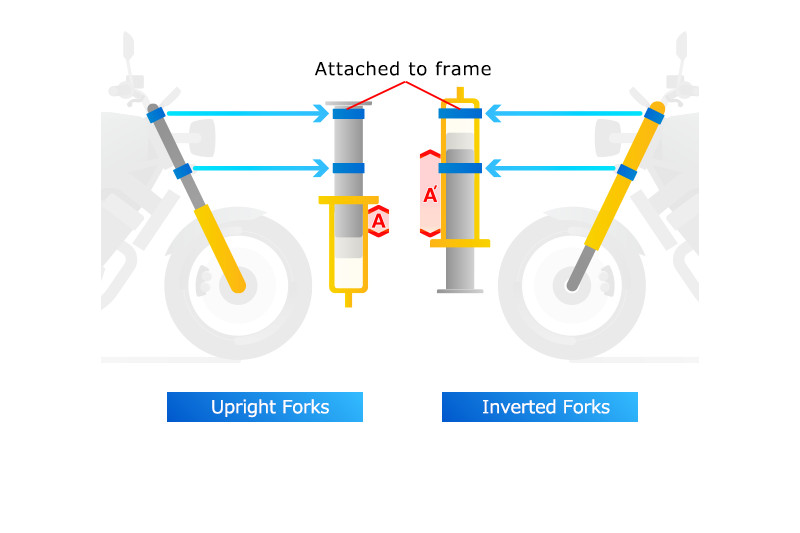 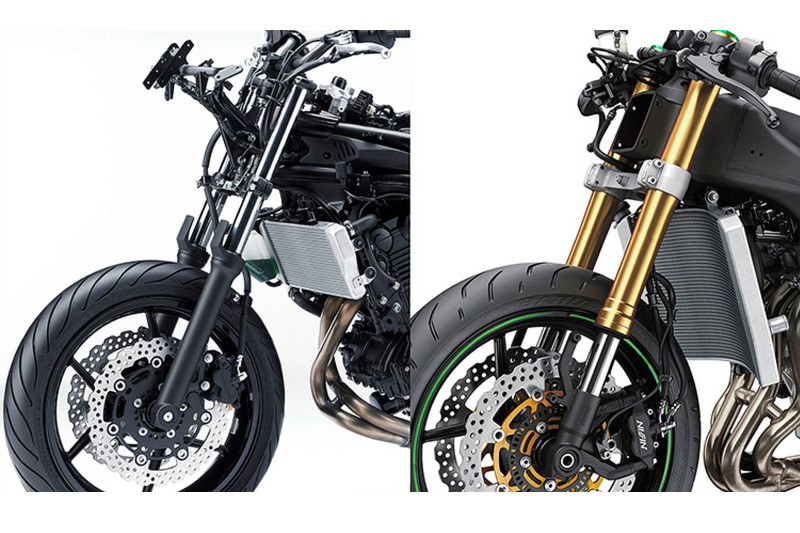 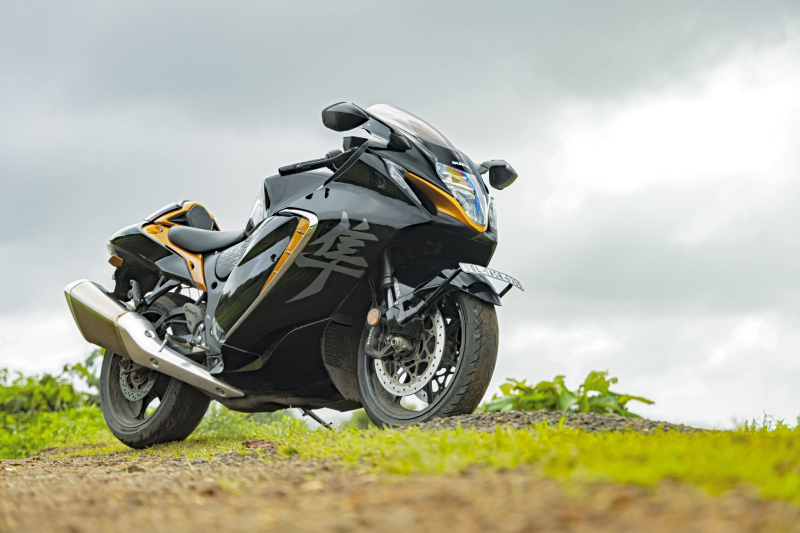 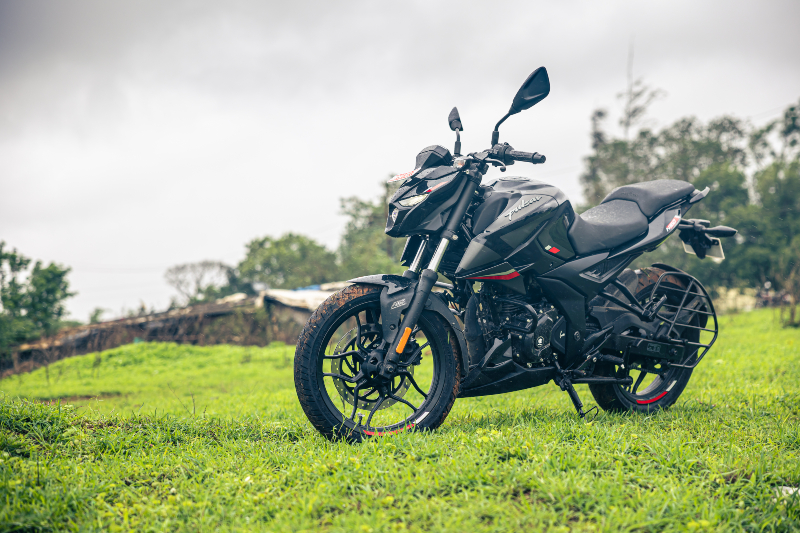 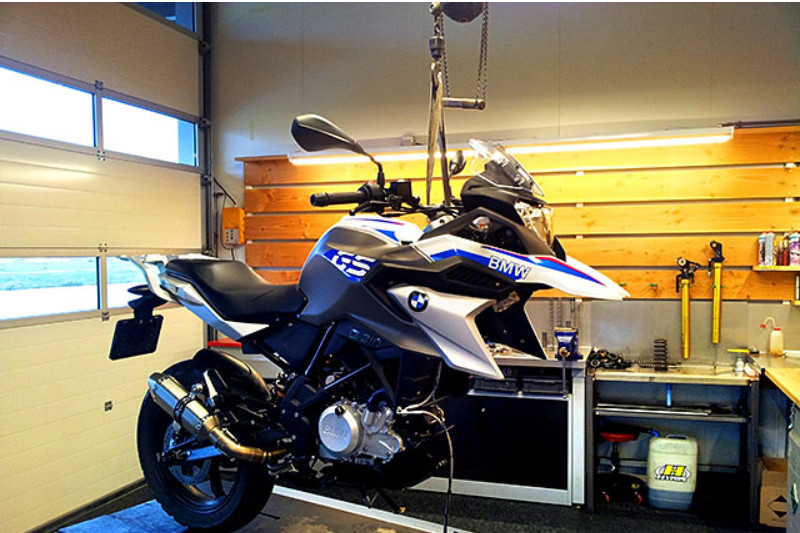 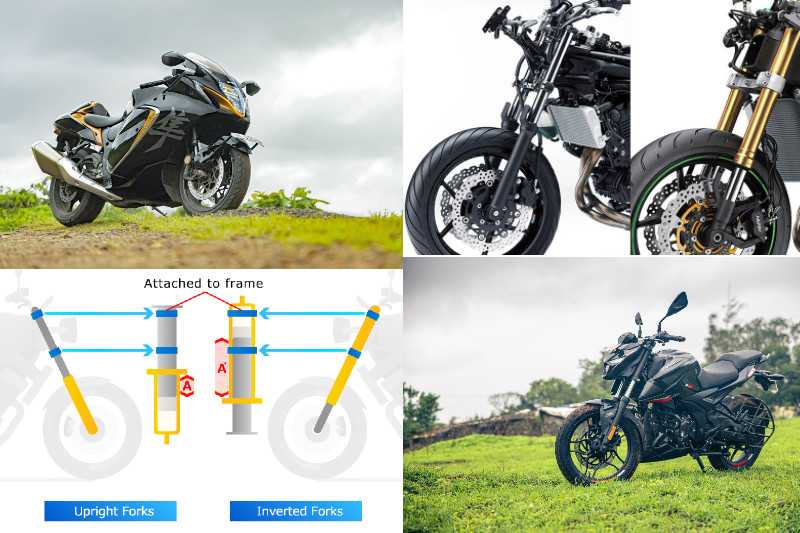 There are broadly two main types of front suspension systems for two-wheelers – telescopic forks and USD forks. Modern-day manufacturers are flexing on USD forks, that too on entry-level bikes, which were earlier limited to high-end performance bikes. So that boils down to the question of how different the USD forks are compared with conventional telescopic ones. Which one should you prefer and why? But, before we jump into the differences, let’s get our basics clear about motorcycle suspensions.

An overview of motorcycle suspension

The motorcycle front suspension generally comprises springs and a damping unit, wherein the springs inside the fork do their compression duties. The springs are responsible for the movement of wheels to tackle the undulations and imperfections on the road. Whereas, the damping unit or dampers resist those compressions by modulating or controlling their velocity. All in all, both these suspensions (USD and telescopic)  have almost similar components and a similar working mechanism. However, repercussions would be different regarding handling and ride quality, which we shall get into it in a bit.

In telescopic suspension, the primary barrel or outside tube (bigger in diameter) is attached to the axle of the wheels, whereas the yoke or triple camp braces up the inner tube, which goes inside the outer tube. The triple camp is the unit that connects the handlebars with the forks. The outer tube is heavier and bigger in construction, which translates into an additional weight on the wheels, due to which it is relatively inflexible to manoeuvre. The telescopic suspensions are mainly used in  low-capacity commuter motorcycles.However, with enhanced R&D, manufacturers have aced the engineering to such an extent that there is hardly any discomfort felt in real-world conditions. And yes, they are cost and maintenance-friendly.

Invert the entire construction of the telescopic fork, and we get a USD fork. Here, the primary barrel or the bigger tube is attached to the handlebar via a yoke or a triple camp and the inner smaller tube is attached to the wheel’s axle. The lighter part is connected to the wheels, which translates into better handling and cornering due to less weight on the wheels. This type of arrangement is usually seen in high-end performance bikes. However, because of its aesthetic appeal, manufacturers are providing them on commuter-class motorcycles as well. USD forks are costly and expensive to maintain.

Telescopic fork Vs Upside Down fork

The oil is contained inside the bigger outer tube in the telescopic fork. Whereas in the USD, the oil is suspended in the bigger tube, which is mounted on the top. Well, the challenge, though, with USD forks is with the oil seals. When the oil seals break out or get damaged, the oil could spread over the other critical parts of the braking unit, which is a cause of danger. So one must have to be extra cautious with the complexity of USD forks. On the other hand, in the telescopic suspension, one can be a little carefree with the effects of the oil seal damaging out.

All in all, the functionality and mechanism remain the same. It is just the construction layout and geometry that differs. The USD fork will ace out in fast cornering and agile handling. And with a reduced sprung and unsprung mass on the wheels, one gets a rigid and better ride quality.In contrast, telescopic forks are more valuable for money and would suit one who prefers city commuting and occasional highway cruising.