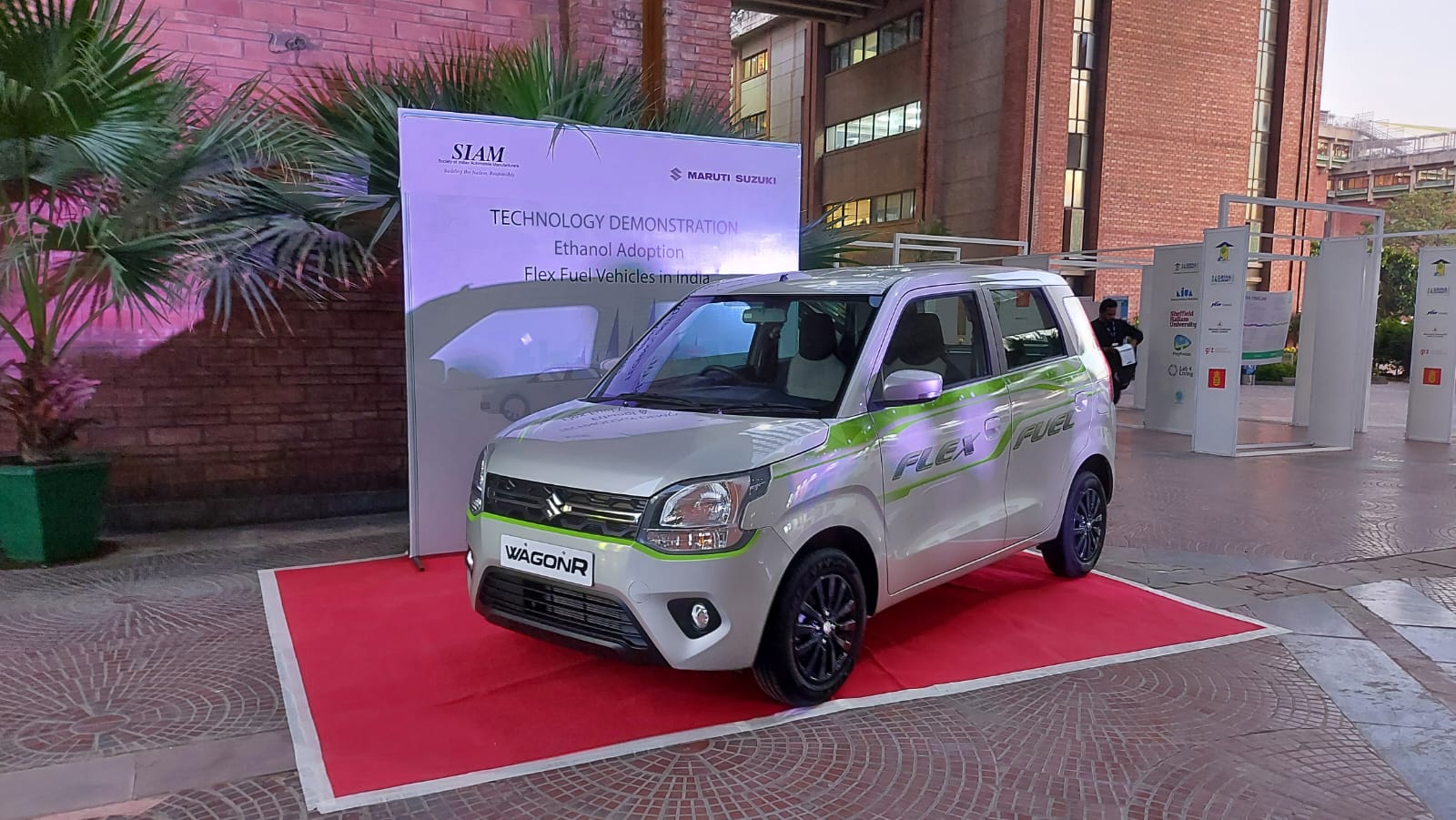 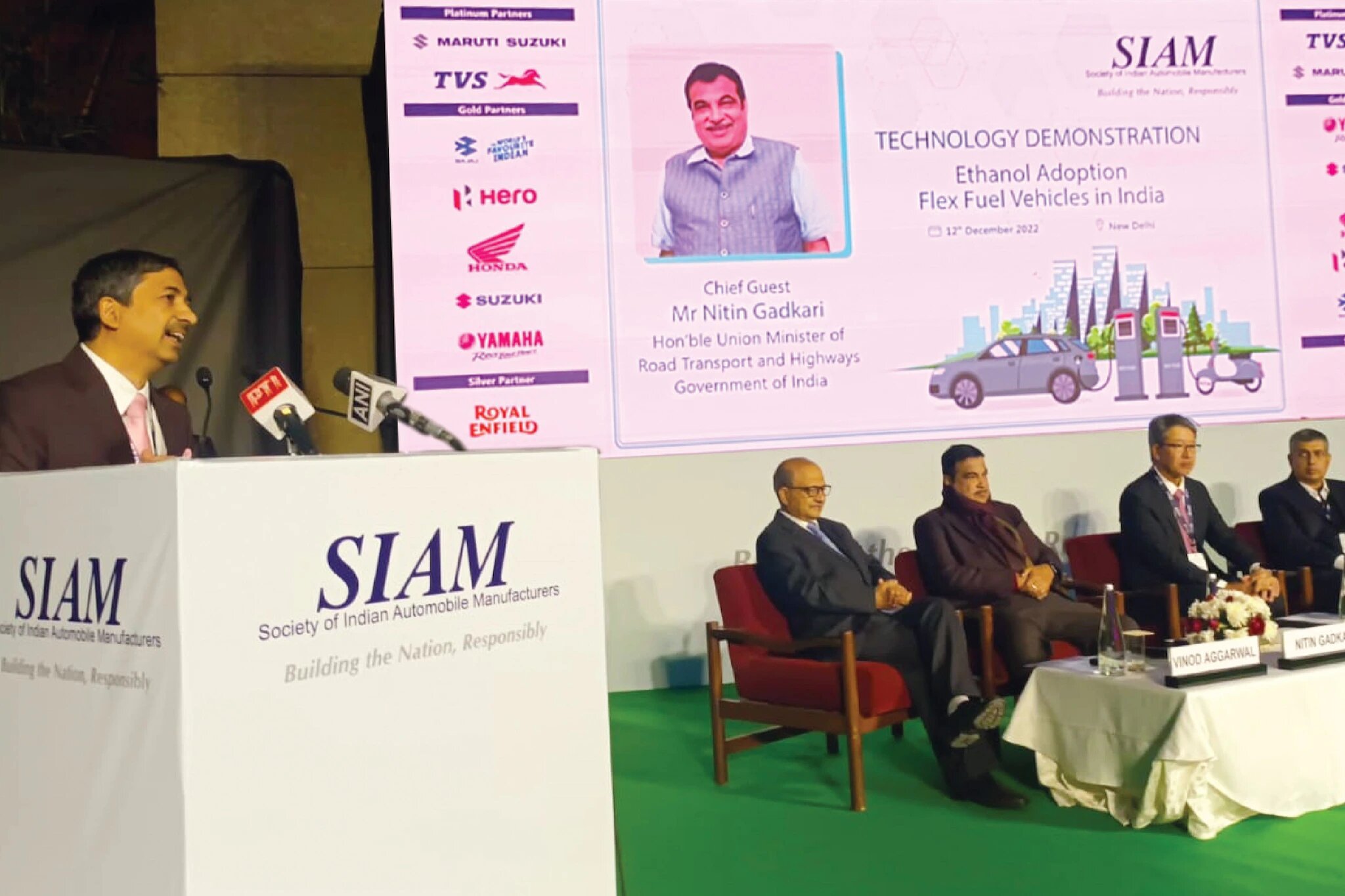 Maruti Suzuki has recently unveiled another version of their widely successful Wagon-R. The version they have chosen to introduce this time is a version that runs on flex fuel. As a part of the flex fuel evaluation conducted by Maruti Suzuki, the Wagon-R is being tested on the feasibility of the Indian market.

The version showcased is capable of running on ethanol-petrol blends between 20%-85% (E20 – E85). Maruti has revealed that this flex fuel Wagon-R has been designed and developed in India with the necessary help from the Japanese arm of their partners, Suzuki Motor Corporation. The prototype was unveiled in the presence of Sh. Nitin Gadkari, the Union Minister for Road, Transport & Highways.

Due to the highly corrosive nature of ethanol and its lower calorific value, flex-fuel vehicles require certain modifications on top of regular petrol cars. The Wagon-R, unveiled by Maruti Suzuki, comes with a wide array of changes. These include fuel system technologies like ethanol sensors, ethanol percentage detectors and heated fuel rails for cold start assist. But this is not where the upgrades stop. The car’s components, like the engine management system, fuel pump and fuel injector, among others, have also been upgraded to ensure vehicle as well as engine durability. Maruti has configured the car to comply with the latest BS6 Phase-II emission norms.

Due to the car’s first-to-market nature with this technology, Maruti Suzuki plans to conduct exhaustive testing and extensive evaluation of the prototype in the Indian market with Indian ethanol-blended fuel.

Mr Hisashi Takeuchi, the MD & CEO of Maruti Suzuki India Ltd., said during the reveal event that the company understands India’s fuel import burden and stated how this car’s developed in India status would further drive the ‘Make in India’ campaign. He also stated that this flex fuel Wagon-R running on E85 fuel would reduce emissions by up to 79%. Further, he said that Maruti Suzuki aims to introduce their first flex-fuel vehicle to India by 2025.

Maruti Suzuki is widely pushing towards alternative fuels like CNG, Bio-CNG and now flex fuels. Maruti Suzuki’s CNG product range is the largest in the country, and they have also been in line with the Government of India’s focus on promoting clean fuel vehicles. The company has already announced and committed to making its entire product range E20 fuel compliant by March 2023.

The company has recently strengthened its hybrid car product portfolio and is set to introduce its first EV by 2025.

Maruti Suzuki isn’t the only company in India eyeing flex-fuel technologies; in October of this year, Toyota showcased one of their overseas product, a Corolla Hybrid, which was tweaked to run on flex fuels. Although the car was not being launched in India and was only meant as a technology demonstrator, it showed that Toyota was interested in discovering how the car would perform in India.