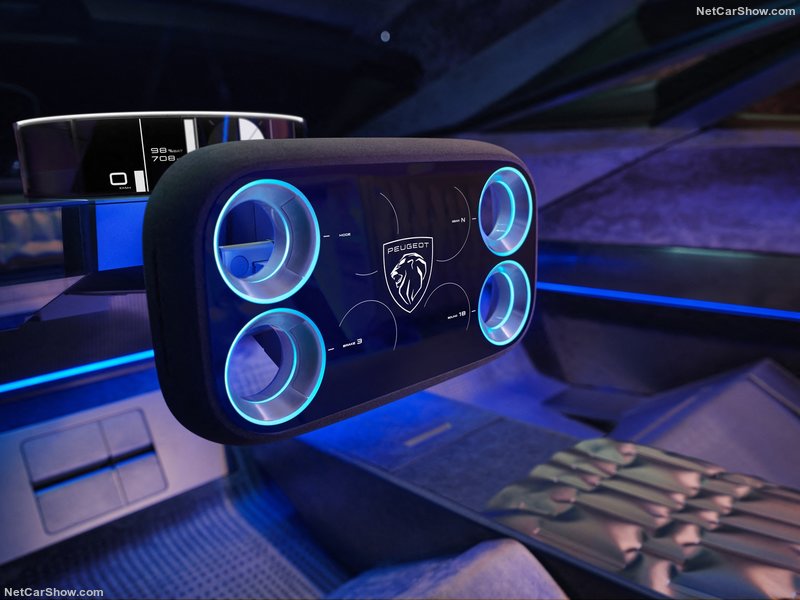 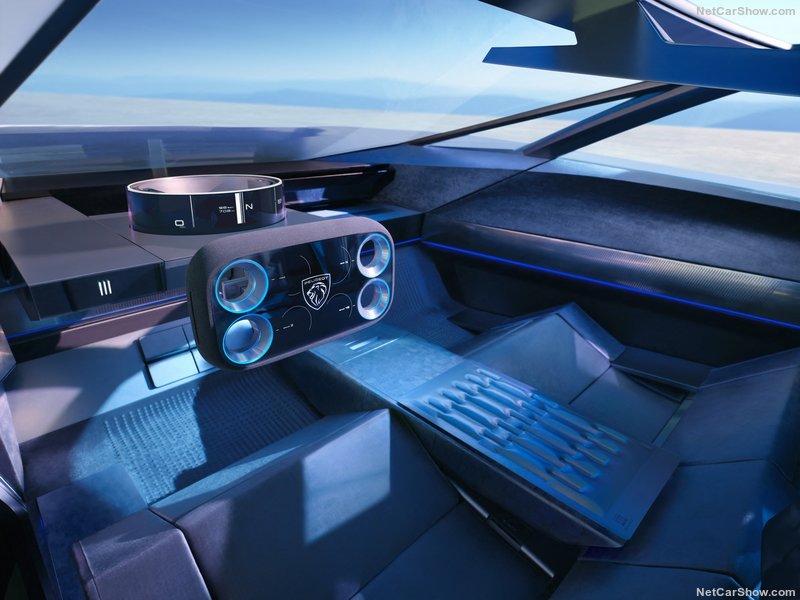 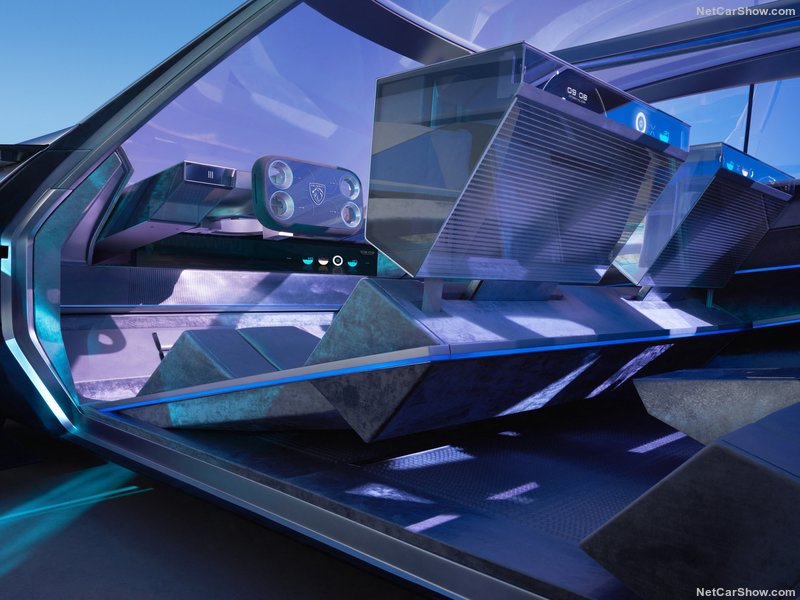 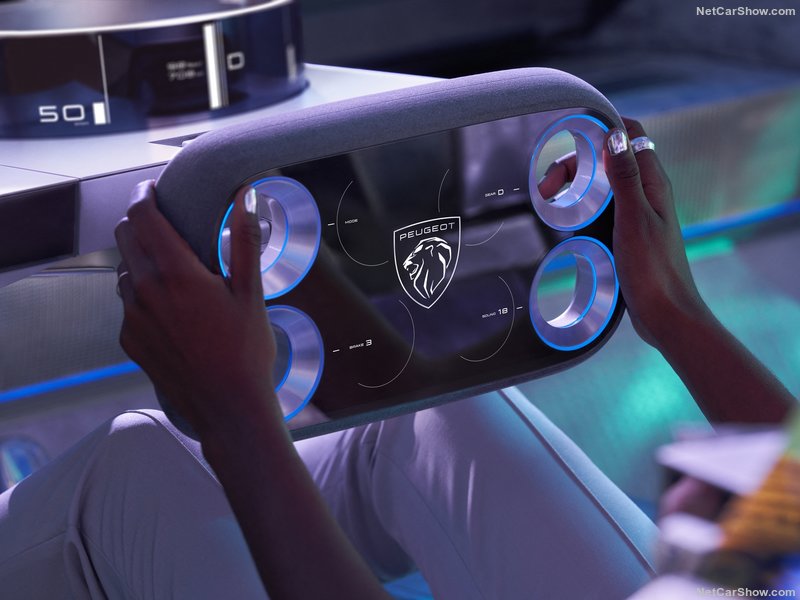 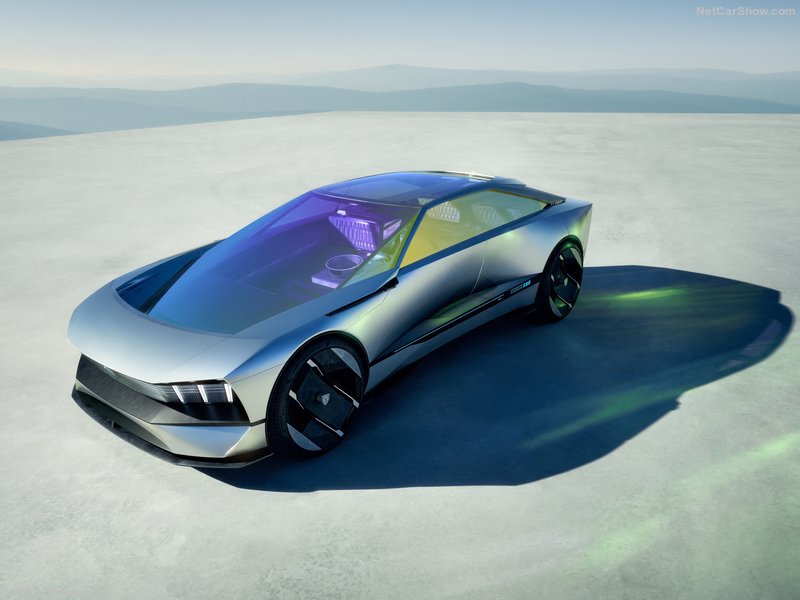 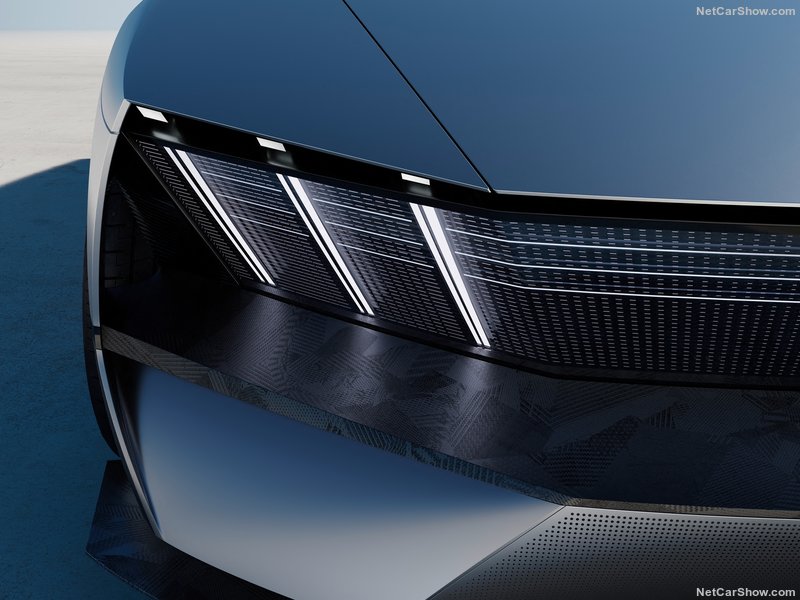 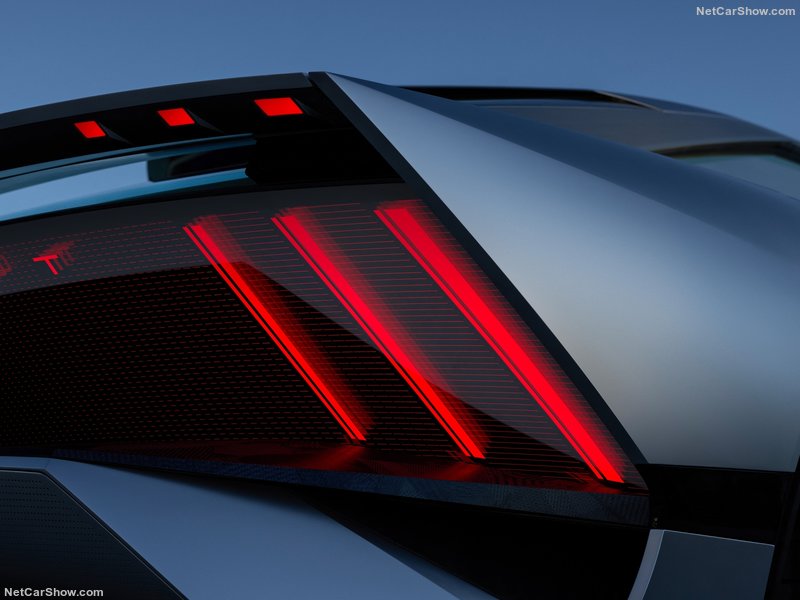 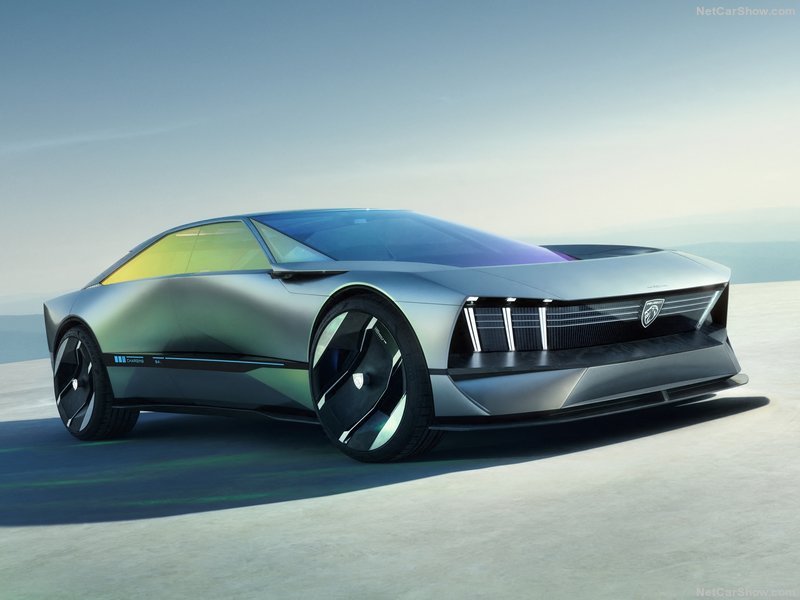 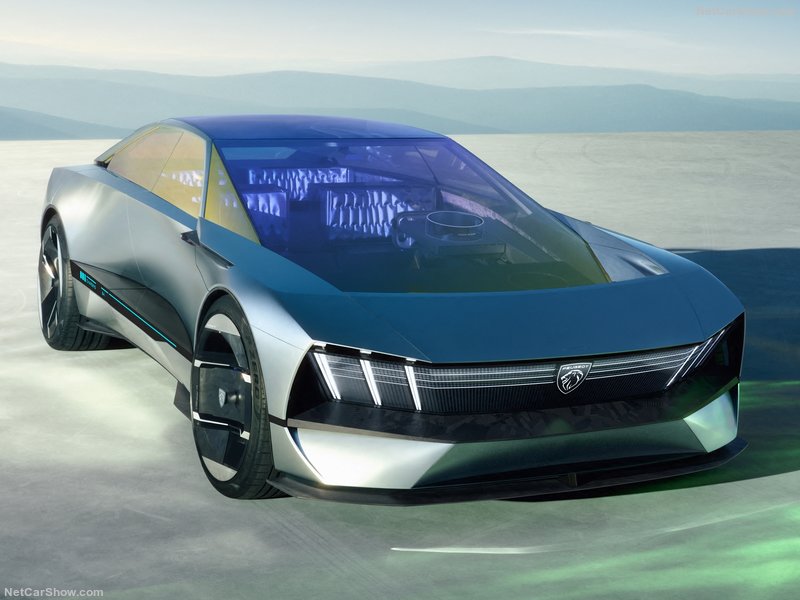 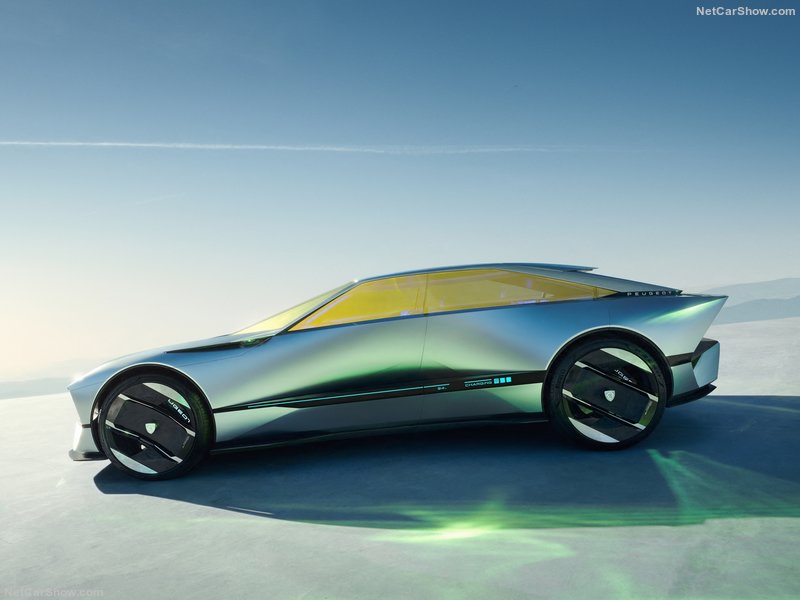 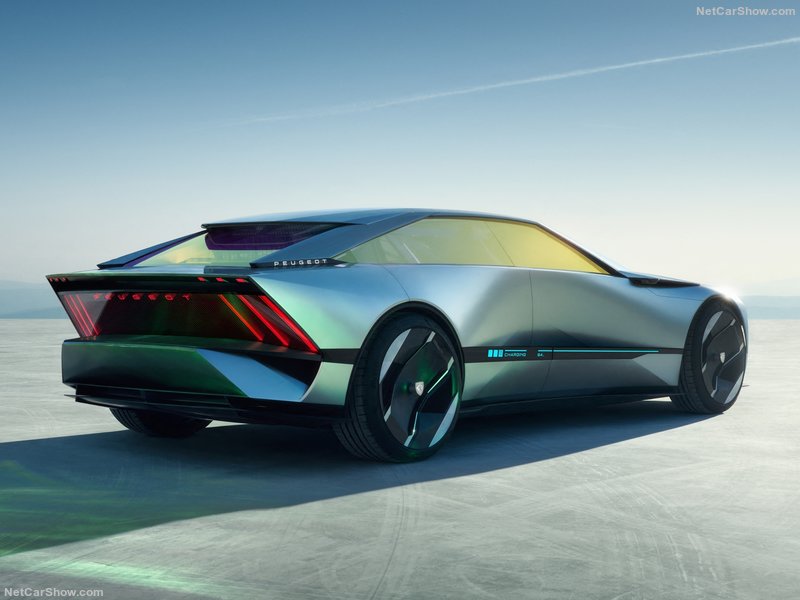 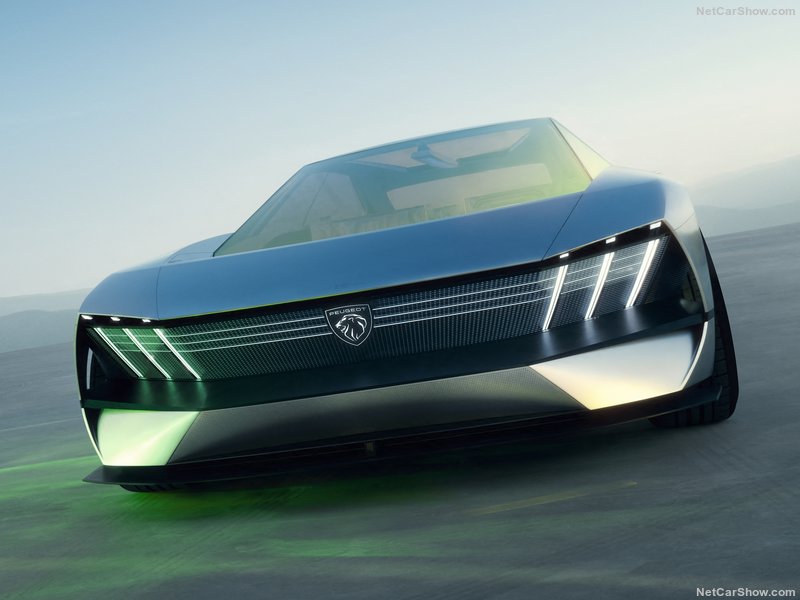 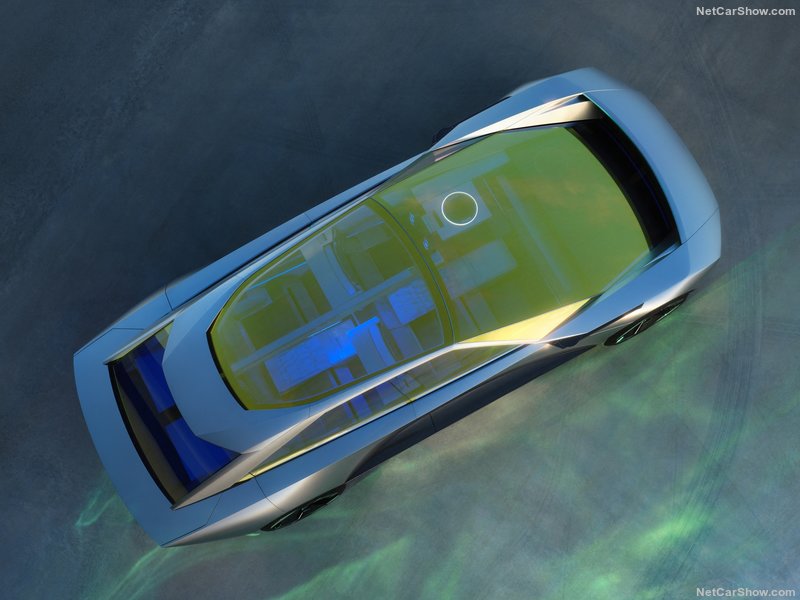 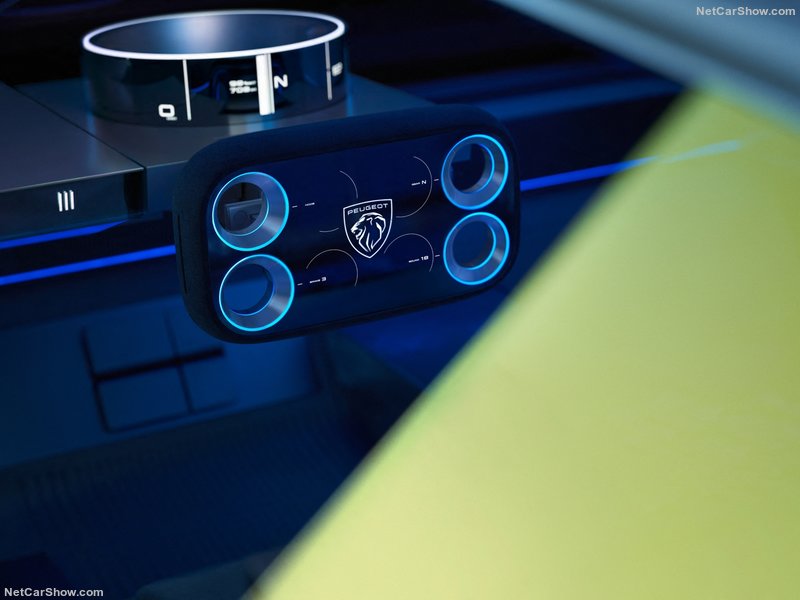 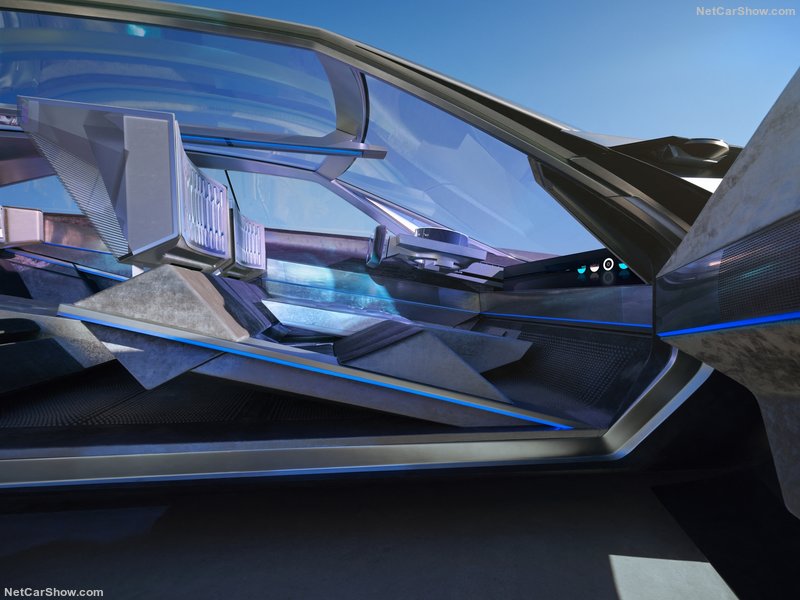 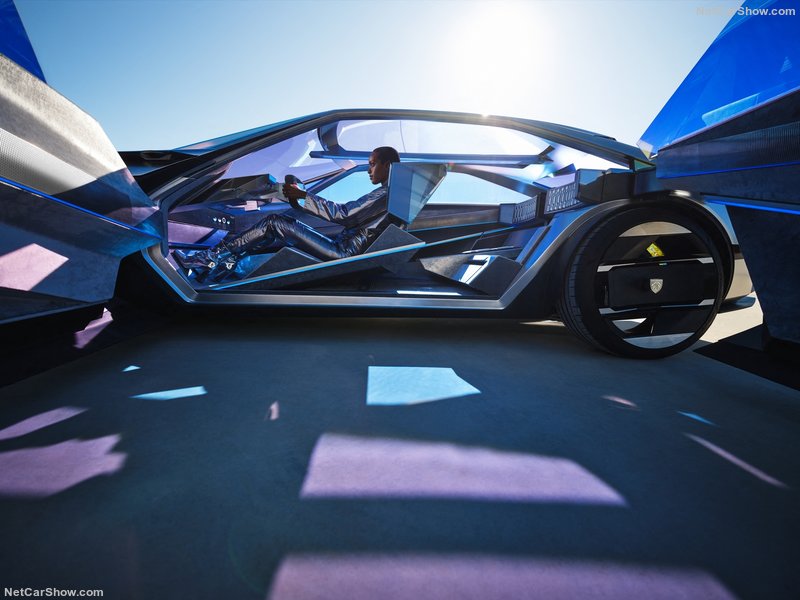 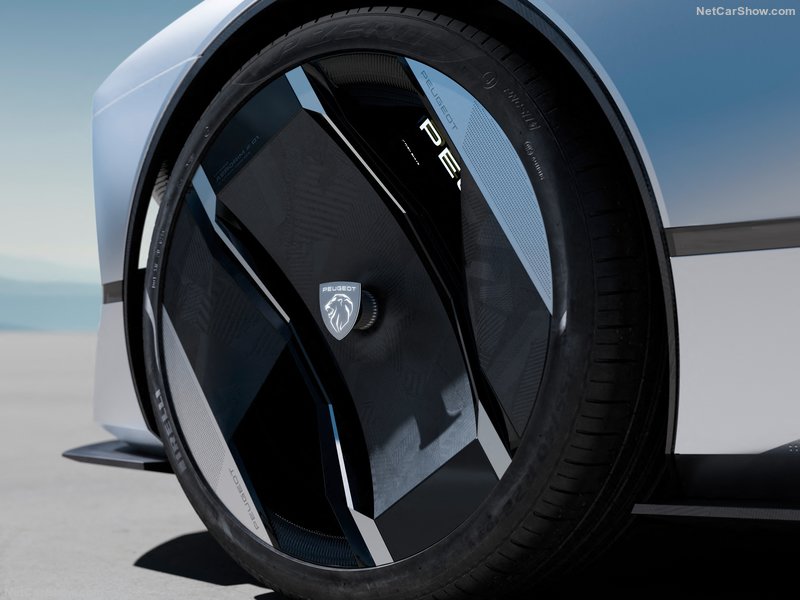 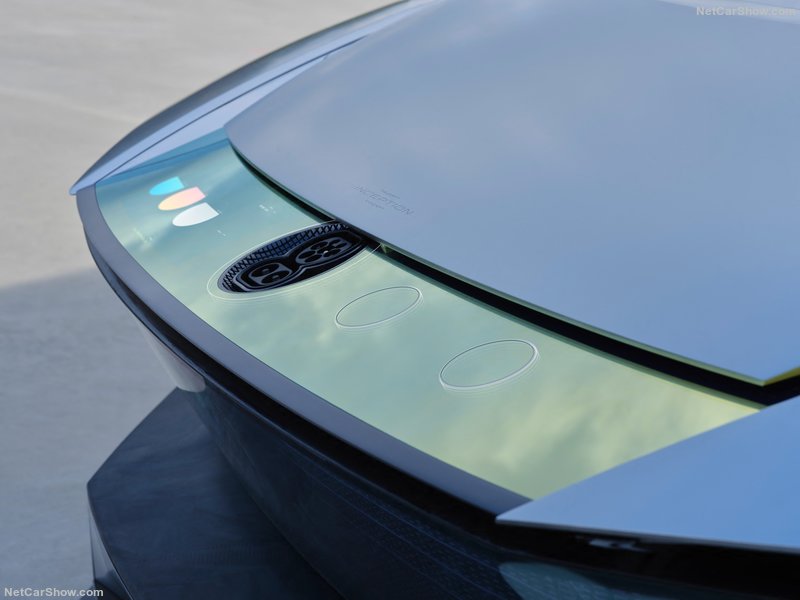 The INCEPTION CONCEPT, with its ground-breaking exterior and interior designs, next-generation PEUGEOT i-Cockpit®, and cutting-edge Hypersquare control system with steer-by-wire technology, will serve as an inspiration for PEUGEOT's upcoming products starting in 2025, with the aim of putting the majority of its innovations into production.

The totally electric INCEPTION CONCEPT, which is based on the STLA Large platform, is powered by a 100kWh battery with a 497-mile range. The INCEPTION CONCEPT goes from 0 to 62 mph in less than three seconds and generates about 680 horsepower from two electric motors. The model also has wireless induction charging capabilities and 800V technology, which allows it to add 93 miles of range in just five minutes.

A new, cleaner, and more refined design language for the brand is launched with the PEUGEOT INCEPTION CONCEPT and will be used starting in 2025 on new models. It has a completely new light signature up front that combines the front grille and PEUGEOT's iconic claw shape into a single piece that also contains the sensors. The logo is centered on a single piece of glass, which has been enhanced by the 3D luminous effect.

The door layer is horizontally divided by a TECH BAR. When the driver and other passengers go close to the flush screen, it sends out various messages to the outside of the vehicle. The PEUGEOT INCEPTION CONCEPT's artificial intelligence allows it to identify the driver and configure the preferred comfort settings for each occupant, including seat posture, temperature, driving mode, and multimedia preferences. The TECH BAR also holds numerous sensors and radars, displays the battery charge status, and leaves the bodywork entirely smooth.

Using 7.25m2 of glazing, the INCEPTION CONCEPT's daring design creates a glass capsule for the passenger area that swoops down to the driver and front passenger's feet. All of the glazing, including the windscreen, side windows, and quarter windows, is composed of architectural glass. It has been modified for use with the PEUGEOT INCEPTION CONCEPT while retaining its remarkable thermal properties and gaining from a multi-chrome treatment (treatment with metal oxides), a technique that NASA originally employed for the visors of astronauts' helmets.

A specific body color that emphasizes the bodywork's contours and interacts with the environment, much like the glazing, completes the car's distinctive style. Because the paint is single-coated, much less energy is used to apply it.

The INCEPTION CONCEPT is 5m long and has the silhouette of a low (1.34m) and effective saloon. It is built on the STLA Large platform, one of four upcoming "BEV-by-design" platforms from Stellantis Group. The PEUGEOT’s of the future will undergo a revolution when this new lineup of platforms debuts in 2023. They were specifically designed for electrification and feature significant architectural variations that allowed designers to totally reconfigure the passenger area of the PEUGEOT INCEPTION CONCEPT.

The PEUGEOT INCEPTION CONCEPT is 100% electric and has 800V technology. With a 100 kWh battery, it can go 497 miles on a single charge and only use 12.5 kWh per 100 kilometers. The INCEPTION CONCEPT may extend range by 19 miles in a minute or 93 miles in five minutes. It can also be wirelessly recharged using induction.

The PEUGEOT INCEPTION CONCEPT is a four-wheel drive vehicle thanks to two small electric motors, one at the front and the other at the back. With close to 680hp (500kW) of total power, it can reach 62 mph in less than three seconds.

The Hypersquare control system, which was inspired by video games, replaces the traditional steering wheel with digital electric controls and steer-by-wire technology.

A tablet-style screen intended for the distribution of control information sits in the middle of the Hypersquare. On the two side panels are pictograms for the various features (ADAS, radio volume, air conditioning, etc.) to make it easier to access the control of choice. The latter can be accessible by simply moving your thumb inside the corresponding circular recesses, all while keeping your hands on the steering wheel.

The Stellantis STLA SmartCockpit technology platform and STLA AutoDrive are also included in the next-generation i-Cockpit, enabling Level 4 autonomous driving. In order to provide a different passenger compartment experience when driving is delegated, Hypersquare retracts and a huge panoramic screen folds out from the floor.

Before the end of the decade, PEUGEOT wants to launch the Hypersquare on one of its next-generation vehicles.

A dashboard, crossbar, and bulkhead are absent from the driver-only PEUGEOT INCEPTION CONCEPT cockpit, which leaves the driver with a clear view of the road.

The interior also has sustainable "molded fabrics." Load-bearing or trim elements are created using leftover 100% polyester fabric from suppliers or the prototyping workshops at the design center. In order to serve as a floor mat, the 100% recycled polyester velvet covering the chairs stretches to the floor and has 3D designs.

The PEUGEOT INCEPTION CONCEPT is an example of the innovative methods PEUGEOT will use to cut its carbon footprint by more than 50% by 2030 in Europe and to achieve carbon net zero status by 2038.

PEUGEOT will introduce five new 100% electric models over the course of the following two years, and by 2030, all PEUGEOT vehicles sold in Europe will be electric.