News/ Others/ How Mr Bean Crashed His McLaren F1 Twice and Sold It for A $11.3 Million Profit!

How Mr Bean Crashed His McLaren F1 Twice and Sold It for A $11.3 Million Profit! 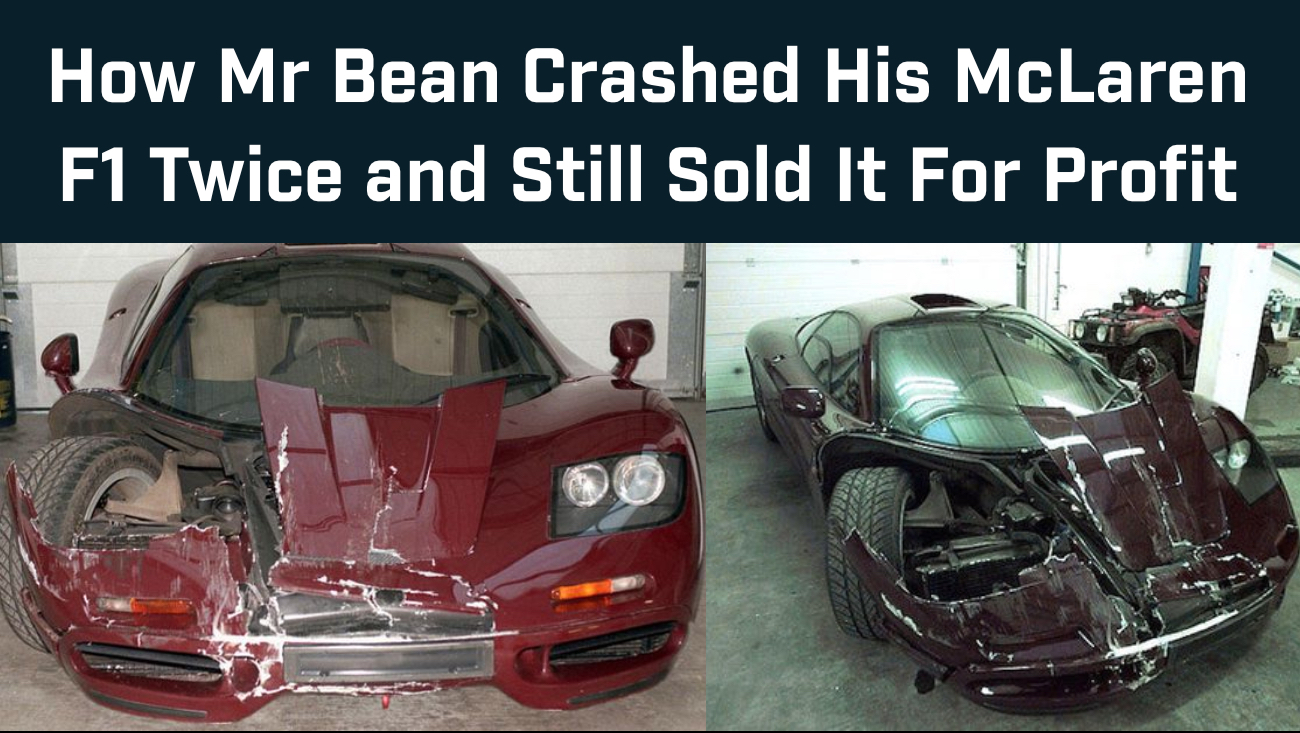 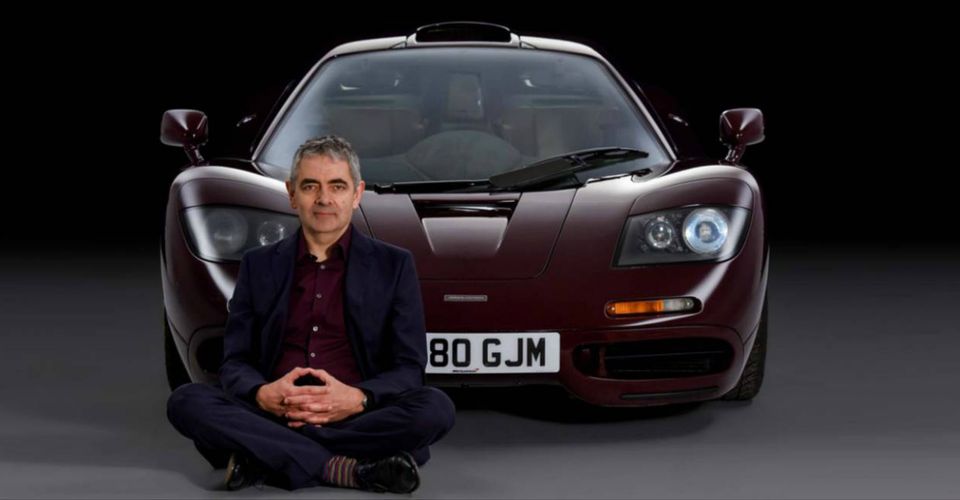 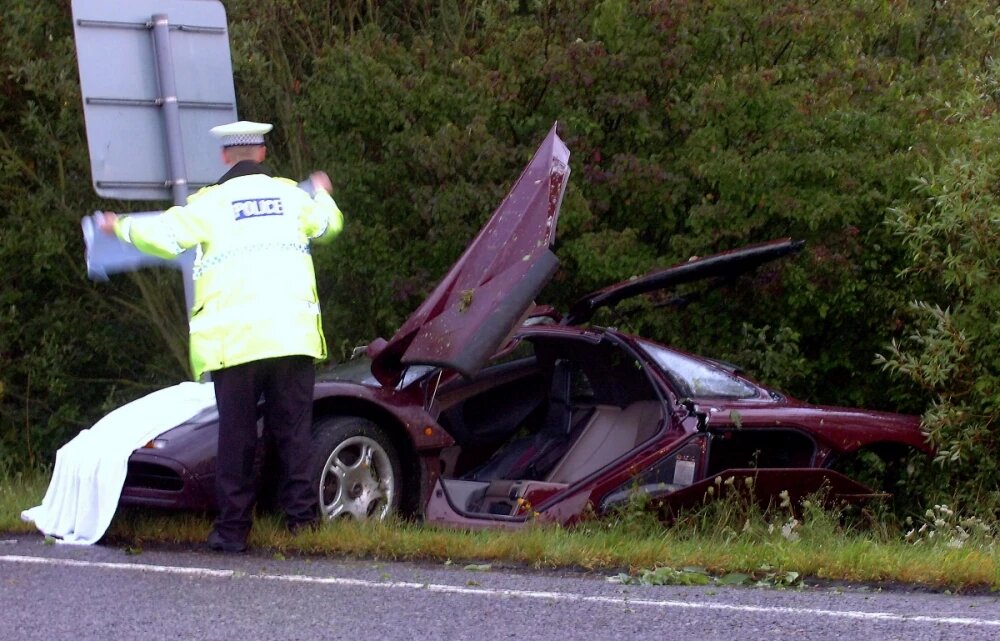 Rowan Atkinson has played one of the most iconic roles ever. He played the birdbrained Mr Bean, who made us laugh our guts out. Unfortunately, like his character, Rowan has had his fair share of accidents in real life too. A little too much into character, I guess?

We all know about the legendary McLaren F1. It is widely considered to be the first-ever hypercar. Being an engineering marvel and a pioneer in many technologies, the car is widely considered to be as valuable, if not more than, one of Willy Wonka’s golden tickets. In 1997, our beloved Mr Bean got his hands on this chassis number 61 of 64 ultra-rare, ultra-high-performance cars. Quite a step up from a dud old Mini on screen, wasn’t it? But in real life, Rowan has been a car enthusiast, owning all sorts of cool cars here and there. But the F1 was perhaps the best he had owned.

The sticker price for his McLaren F1 in 1997 was reportedly somewhere in the region of USD 830,000/-. But this was far below what the car was destined to reach. USD 830,000/- was a bonkers amount, more so by 1990s standards, but only 106 McLaren F1s were produced, of which only 64 were road cars, so that ought to justify the sticker price right?

His shenanigans are proof that Atkinson had a little too much fun behind the centre-mounted steering wheel. He ended up crashing his McLaren F1 twice over the 17 years, or 65,000 km of his ownership.

The first incident happened in 1999 when Mr Bean rear-ended the F1 into another car. As a result, the F1’s hood got damaged. Considering that this car was the first road car to ever feature a carbon fibre body, not like he could walk up to his friendly neighbourhood repair joint for a quick fix. The F1 was rare car, and thus, parts were rarer. This was quite a “shaken, not stirred” crash compared to his second one 12 years later.

The 2011 season of ‘Mr Bean Crashes’ was way more “stirred.” Sort of like Johnny English’s “London Lemming,” something unseen in a McLaren F1. Probably having learnt nothing from his incident 12 years ago, Atkinson lost control of the car before spinning and smashing his multi-million dollar McLaren into a tree & road sign. This caused his car to shear into two pieces and catch fire. Luckily our Mr Bean is an expert at averting danger after getting himself into such situations. He got away, having suffered minor injuries leaving the F1 entirely out of whack. Despite the fire and damaged bodywork, Rowan resurrected his beloved. This was no ordinary resurrection. It was estimated to have cost approximately two years and over USD 1.4 Million in 2013, making it the highest car insurance pay-out ever recorded in Britain. Thank god for insurance!

The internet has many unforgiving views on the ultra-wealthy crashing their ultra-expensive cars. Still, the nature of Mr Bean as a lovely lad lent him some sympathy in this area.

After this incident, the actor gained some conscience. He sold his beloved wreck partner in 2015 at an auction for a sky-high bid of USD 12.2 Million. This was a result of this particular F1’s notorious ownership history and, of course, because of the rarity and legendary status of F1s on the whole. Having been covered by insurance in his crashes, Mr Bean made over USD 11.3 Million on his McLaren F1 when he sold it. Not a lousy fetch after putting 65,000 km on an exotic and crashing it twice.

Clearly, the F1 was a bad influence on Atkinson one too many times. But when asked why he sold it, he said it was time for someone else to enjoy the car. Although, the real reason behind this sale was that the car was the centre of attention anywhere it went. Atkinson is a very low-key actor and did not enjoy the amount of attention the car attracted to him. He apparently liked driving (and crashing) it around when only a few knew what the car was worth. It was time to let go of his favourite crash buddy when it transitioned from a millionaire’s car to a billionaire’s car.