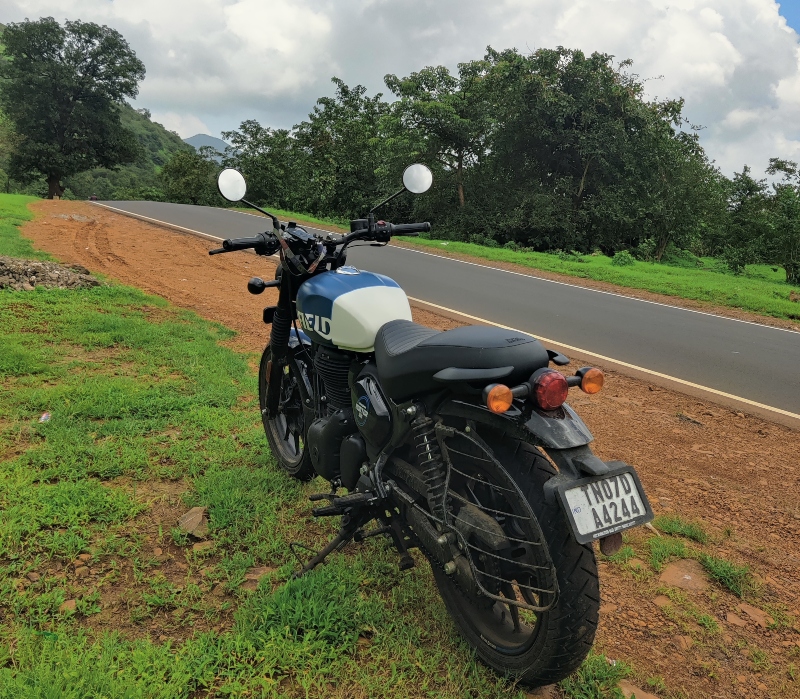 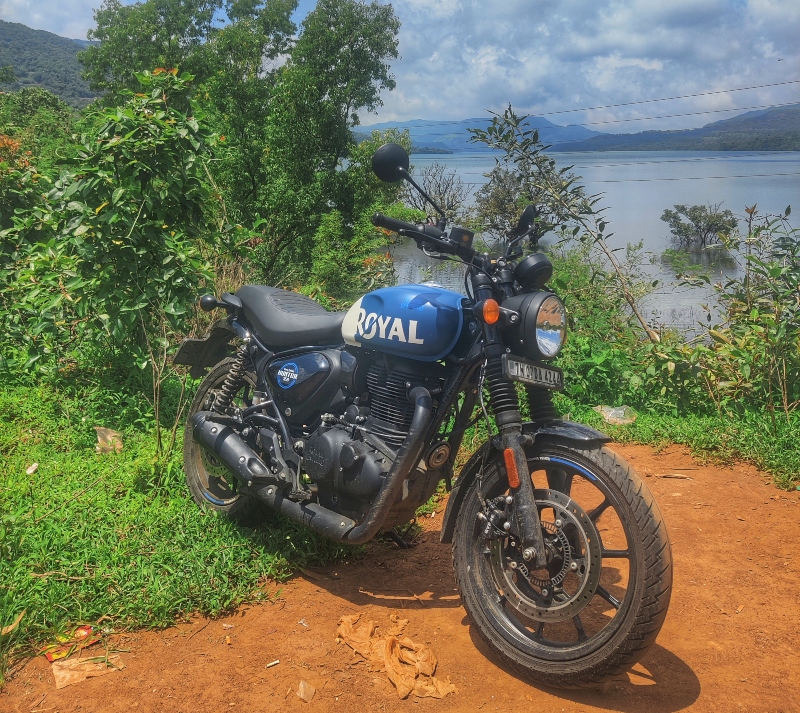 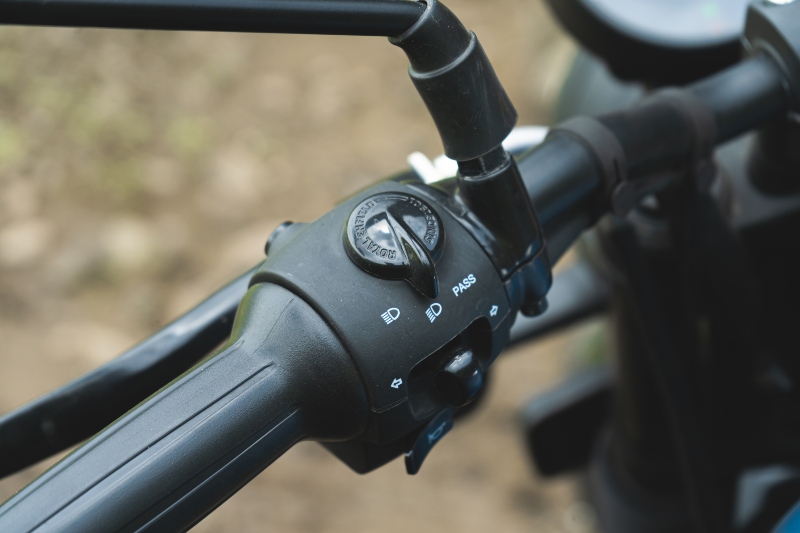 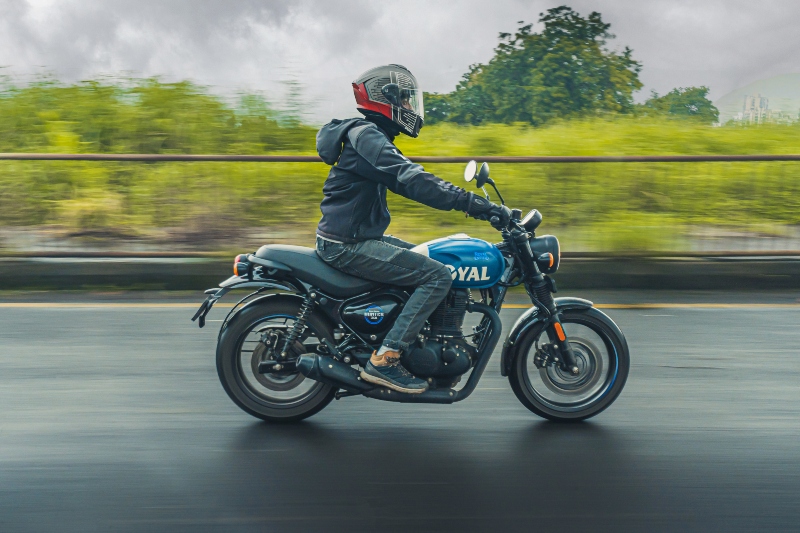 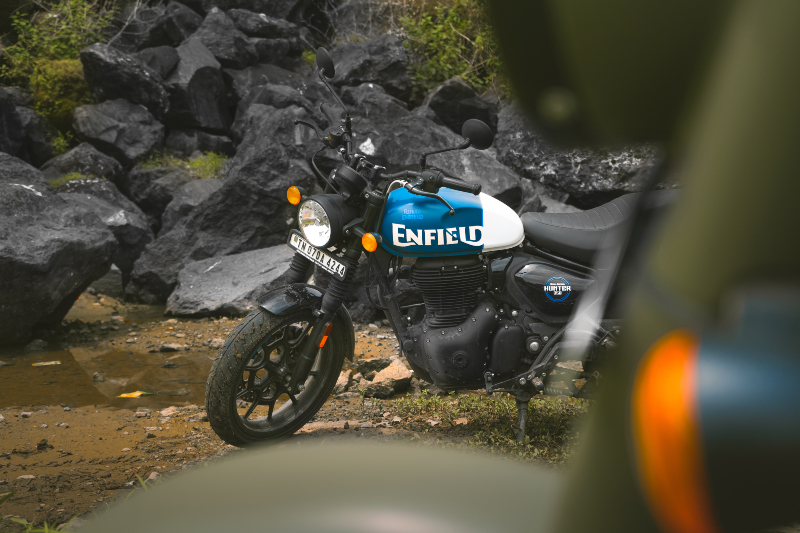 The Royal Enfield Hunter 350 is definitely an oddball if you take a look at the bikemaker’s portfolio. Hipster attire, compact dimensions and 17-inch wheels at both ends are the major highlights of this package.

We have clocked more than 2500 kilometers on our long-termer Hunter 350 and this amount of saddle time has unraveled quite a few equations when it comes to the Hunter 350. Here’s what we think of the Hunter 350 after countless commute runs and a couple of weekend highway bursts:

Sharper rake angle and 17-inch wheels at both ends have worked wonders in terms of riding dynamics of the Hunter 350. It loves slicing through the traffic and is relatively more vigilant to the rider inputs as compared to the other Royal Enfields.

Sure, it still weighs a hefty 181 kilograms but comparatively speaking, the laziness and heft associated with Royal Enfield motorcycles is absent here. Moreover, the thumpy and characterful 349cc engine also aids in making it a fun motorcycle to commute. The unique combination of streetfigter ergonomics and agility coupled with a long stroke engine might seem a bit weird at first but the overall experience is thoroughly enjoyable.

However, there are some aspects where the Hunter 350 loses some crucial points as far as its commuting prowess is considered. The clutch action is on the heavier side and this becomes particularly bothersome when you’re dealing with the infamous Mumbai traffic. Light clutch action would have definitely made the ride experience a lot more bearable in the urban confinements. Also, the suspension is slightly on the stiffer side so if your commutes involve dealing with potholes and unpaved roads, the Hunter 350 might not pass the test with flying colours.

Since the Hunter 350 is a Royal Enfield at the end of the day, ceremonial weekend rides were placed in order after we got its first service done. The 349cc engine is a long leap from the previous generation as it feels devoid of any vibrations and remains smooth throughout the rev range. The Hunter 350 can cruise at 90-100 km/h all day long, without any fuss and with enough grunt to undertake overtakes. Our Hunter 350 has also tasted the fun of canyon carving as we took it to the famed Tamhini ghats. Again, the 17-inch front wheel makes a huge difference as the Hunter 350 feels agile and planted once tipped into the corners.

Another major highlight of the Hunter 350 is its brappy exhaust note and I for one, cannot get enough of it. It feels like a muscle bike with bucket loads of attitude. It is brash and I love it that way! However, if you’re thinking of riding with a pillion, think twice. The pillion seat is only good for short bursts around the city. The cushioning and space is fairly decent but the main culprit to blame here is the rear suspension setup.

We followed the age old, tried and tested method of full tank to full tank to measure our long-termer Hunter 350’s fuel efficiency. It is constantly returning figures of 32-34 kilometre/litre. This is nothing to write home about but given my riding style, I would say it’s decent. Moreover, the throaty exhaust note tempts you to keep the throttle pinned. Not my fault.

We have planned something big for our Hunter 350, possibly an inter-state run to test its touring credentials even further. The Hunter 350 has advocated itself to be a fun motorcycle with loads of character but can it withstand the test of time and tarmac? Stay tuned for our next report!