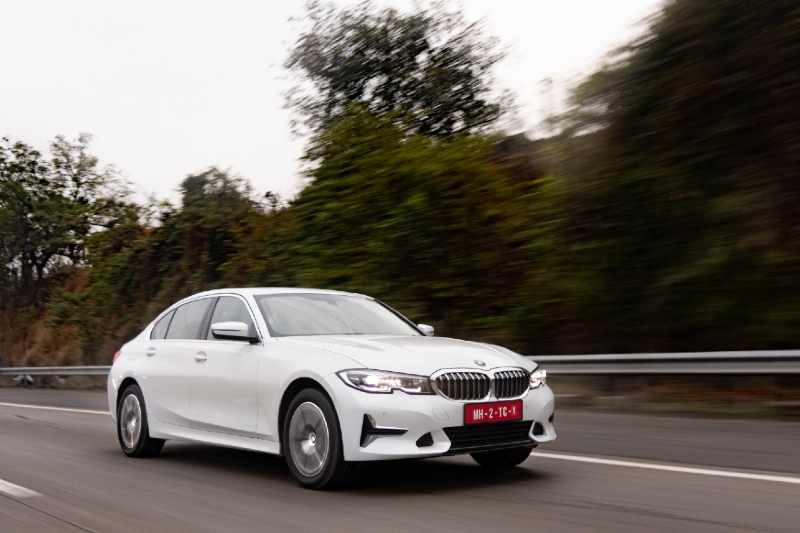 It sounds wrong in the beginning. More so, if you are a true petrol-head. The words ‘3 Series’ and ‘limousine’ don’t really go well together. Yet, BMW has introduced the 3 Series for those who want to sit in the back. Called the Gran Limousine, it is longer, has a longer wheelbase and unlike the standard car, you also have a diesel engine on offer. But, is it a good move? A decade ago, if someone said I want a 3 Series for the back seat, that person would be laughed upon. Sure, at the end of the day, it is still a luxury executive sedan and customers do sit at the back, but this is one segment where owners prefer to drive themselves. Or so it was. Nowadays, when you pay sums above Rs 50 lakh, you naturally expect your car to get everything and then some. There is no room for compromise thanks to the stiff competition so BMW capitalizing on what Mercedes-Benz did with the E-Class makes complete sense.

So, has it worked? Well, let’s just start from the highlight of the Gran Limousine; the back seat. Step inside and you will instantly appreciate the extra legroom. It is unheard of for a car in this segment to have so much room in the back. The 2961mm wheelbase is 110mm more than the standard car and if that seems marginal, go and sit in one. You have to experience it firsthand and when you do, it all makes sense. There is plenty of room back here even for taller adults and you can even stretch out more if you push the passenger seat ahead. Add to that the panoramic sunroof and the sense of space is further accentuated. Even the seats are nice and plush and you are comfortable on long drives as well. You also get three-zone climate control, armrest with cupholders, but what you miss out on are sunblinds. Given the amount of time you would spend back here, those would have been a good addition.

Also, if you are wondering, space back here is only good for two adults as the big transmission tunnel eats away into the middle-passenger legroom. But how much of a 3 Series is it? That is something you can only find out from the driver seat. The one huge relief you have is that the 3 Series Gran Limousine is also available with the 330i spec. Which means you get that strong grunt from the petrol engine along with the outright performance as well. Sadly, the one we sampled, was not that. It was in fact the 320Ld and that meant under the bonnet rested a 2.0-litre turbo-diesel engine making 187bhp. Mated to it is an eight-speed automatic gearbox all of which translates into a decent drive. Does the diesel engine have the potency of the petrol engine? Of course not. But you do get a ginormous range with over 600km on a full tank. Refinement levels aren’t bad either and despite being a diesel, there is very little in the way of clatter and vibrations. Only when you push it hard will you hear a coarse drone, but drive it sedately, and it will be just fine.

Power delivery is linear, but you do get a good lunge ahead in Sport mode. The gearbox too can be set to be a bit more aggressive and all combined. Handling too is not as bad as you would imagine and despite adding on weight and length, it still feels engaging. Yes, you will have to be wary of that extra bit of car, but once you are seated in, it sort of shrinks around you. What is very impressive though is the ride quality. The suspension is tuned for our roads which means bad patches and broken tarmac is taken care of. It does not shudder or let in harsh bumps and that is quite commendable for a car this low. Now, even though you will be seated in the back for the most part, you would want a long list of features when you are paying a hefty sum. The Ld gets plenty of kit and features worthy of that luxury badge. The interior for one is excellent in terms of quality and fit-finish. The design is familiar and there is no change from the standard car, but that said there is little to fault here. You get a 10.2-inch touchscreen infotainment system with wireless Apple CarPlay. You also get wireless charging and three-zone climate control along with a fully-digital instrument cluster and loads of assists. There really is nothing that has been given a miss and you’d be content with what you get.

The design though is subjective. It is instantly recognisable as a 3 Series from the front with the kidney grille and the U-shaped DRLs for the LED headlamps. It is only when you look at it from the side, that you notice the added length and wheelbase. The doors are longer and it does look like a car that is half a segment up from the standard models. However, what goes against it are the wheels. At 17-inches they feel a tad small and give a car a slightly disproportionate look. At the rear, apart from the ‘Ld’ badge, there is no change. You still get the sleek-looking LED taillamps and a minimalistic but elegant rear end.

So to answer the question I asked earlier, yes, it has worked. The 3 Series Gran Limousine makes perfect sense and the options of engines are a boon to have. It makes choosing one that much more easy. If you are the sort that is predominantly in the back seat and don’t really care for outright performance, go for the 320Ld and save some money in fuel. However, if you must have that strong performance and refinement of a petrol engine, and you find yourself in the driver’s seat quite often, the 330i is the one for you.