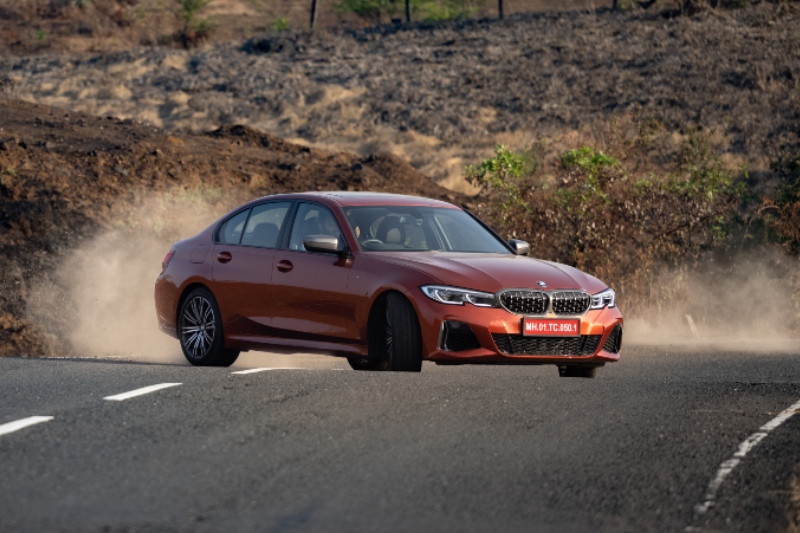 “Sheer driving pleasure.” A slogan that perfectly embodied what BMW was once upon a time. Cars that were bestowed with the fabled blue and white propeller badge were the go-to options if you wanted the best drivers’ cars that could also double up as your daily.

Then, we got obsessed with numbers and thus began the power race. The obsession with having the bigger features list overtook the obsession of having the most communicative steering and we lost the plot. I say ‘we’ because it is us, who is responsible for the current crop of boring, straight-line performance cars. The need for excessive and unusable amounts of power, wanting lighter and convenient steering and the lack of driving skill demanded a hoard of computers and driver aids doing it for you. Even the ‘M’ cars now can be maxed out by a teenage YouTuber. Something you wouldn’t say about the ‘M’ cars of the early 2000s. The feel and feedback of the road beneath you and the ability to keep the engine near the redline is was an almost unthinkable thought. But there is a saviour now.

BMW might have just solved it. The M340i is all the BMW you need if posing and being shouty is not your thing. This is one pure driver’s car. In an age where every manufacturer is focusing on downsizing and electrification, BMW has stuck to a six-cylinder turbo-petrol engine in the body of a 3 series. Churning out 382bhp, it is no monster, but before you smack your lips and say it is nowhere close to an M3, hear me out. With an M3, you have enough power to destroy everything in its path. It is a wild, raw and unhinged piece of machine that can set a track ablaze. But how many tracks do you frequent? Or how many times would you be in a controlled environment to play with the M3 like you are supposed to? Not many. This is where the M340i comes in. It is a regular 3 series to the layman, but from the driver’s seat, you can slay pretty much anything out there.

If you want to pose and show-off though, this might not be the one for you. In this beautiful shade of deep orange, it will turn heads, but buy one in black or silver, and you might even fool a BMW connoisseur. That said, look closer and you will see the performance pedigree. The M badges all around, the aggressive bumpers, the sporty grille, the chunky chrome exhaust, it all starts to make sense. Then you step inside and it is a bit surprising. There is nothing in here that screams at you. It is all plush and premium. Have it besides a standard 3 series and it will take a while before you can point the differences. Yes, the dashboard is a bit sportier with trims and accents, but the layout and even the materials are carried over. It is a blend of leather and brushed aluminum that exudes class and richness. The fit-finish is excellent and the cabin overall has an air of luxury. Not something you expect with a performance-oriented model. That said, the seats are sporty and that is something that jumps out as soon as you are strapped in. The support from the seatback and the way the bolsters hug your body feels special and you sort of forget about the sunroof and the wireless charging. Yes, you still get an extensive feature and safety list what with the automatic parking and wireless CarPlay, but all of the focus is on the driving.

Get going and the engine is surprisingly adept. Refinement is excellent and it feels creamy smooth and as a result, completely masking it’s true intentions. However, it won’t take long before the engine comes alive and brings a grin to your face. Nudge the accelerator and the 340i let’s lose like a bull at a stampede. There is no delay and power delivery is instant. This is true even in the most relaxed Eco mode. Select Sport Plus, and you ought to be prepared for the shock and awe. This might be sounding as if it is more powerful than the M3, but again, it is the element of surprise and the relatively docile and deceiving design that catches you by surprise. This is a true performance car. 0-100kph takes just 4.4 secs and it will continue hauling till 250kph. What is also impressive is the exhaust note. BMW has managed to even keep the exhaust true to the nature of the car. Subtle, but noticeable. It isn’t the raucous roar you get with an M3, but rather it is a deeper and bassier grunt. It wakes up only when you poke it and yes, it pops as bangs as well. That means in a tunnel, you can and will, pop open the sunroof and have a go at it.

Now the thing is, this isn’t just another fast variant of the standard car. It has been engineered meticulously and specifically. The injector pressure is now higher. The turbos have been worked on. You have a sportier exhaust with valves that pop open on the drive mode. Then is the steering, variable sport steering making it the closest you can get to actual hydraulic steering that is bustling with feedback. It is sharp and precise but is also well weighted and fluid. It almost feels like the BMWs of yesteryears. Then you have the suspension, which has been tuned for a sportier setting. Everything on here is firmed up. The bearings, the springs, the anti-roll bar. It even has a higher camber angle. All of which helps it handle like a dream.

Next is the all-wheel-drive system. Now don’t scoff. It isn’t the traditional real wheel drive setup we are used to. But this is far more clever. Firstly it is biased towards the rear which means you can stab it and it will pull the tail out and adding some more tech to it is the rear differential. Now what that has done is given this the confidence of powering through a corner. It will send just enough power to whichever wheel needs it and do it’s best to keep the car stable and on point. Does it work? Absolutely.

But the big reason by far is the engine. The straight-six is just as glorious as it sounds and there is nothing currently that can match this. The gearbox malted is an 8-speed auto and again one that has been worked on for faster and more responsive shifts. You get launch control, you get paddle shifters. And trust me. You will not want to get out of this seat. The brakes too are stellar and when you slow down from a hot run over 200km/h, you notice how fast it cuts down the time. It is like dropping a massive anchor on a tiny canoe. But that’s what’s beautiful about this. It makes the tech sound like a poem. It makes art with science. Yes, it has a big boot and the space in the rear is plenty. But it is a lot more than that. It is the 3 series that gets back the old charm. A homage to the older versions. The ones that carried a split personality. what made it an icon. And the best part? It will be locally made so prices will be nothing short of tempting.

The M340i then is everything that I said at the beginning. It detaches you from the world. It yearns to be driven and driven hard. It submits to your commands and gives you power. And in doing so, it restores what is a dying skill and something we are giving up. Good old Driving.

AGAINST – Design a bit too subtle maybe?