Electric/ How Well Is Bajaj Auto Equipped To Gear Up The EV Evolution In India?

How Well Is Bajaj Auto Equipped To Gear Up The EV Evolution In India? 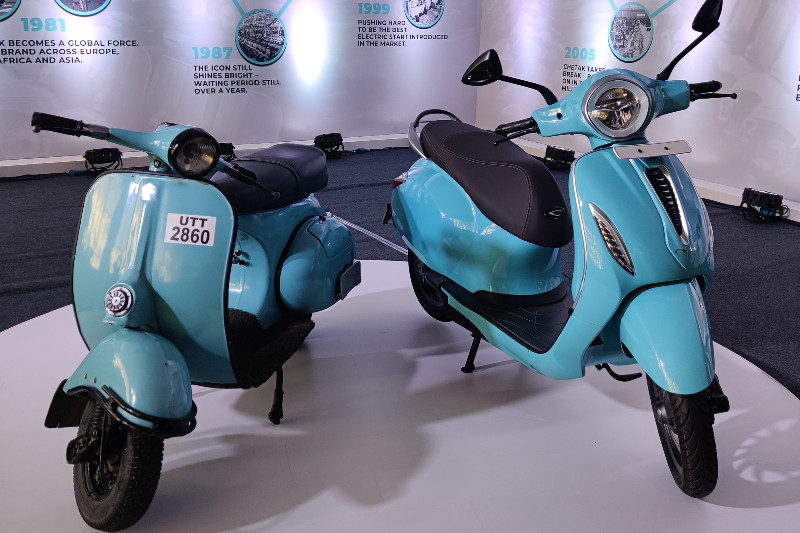 Bajaj Chetak has come a long way in the Indian market to revolutionize the landscape of the two-wheeler industry. The Chetak had a legacy of its own that is unmatched to beat. But, in the post-liberalization era, modern design and technologies emerged, giving nightmare sales figures for scooters . Well, Bajaj Auto became accustomed to the changes with an open arms and developed the iconic Pulsar for the Indian market.

Bajaj Auto has never shown resilience to the change, and with the time transitioning toward electric mobility, the auto major intended to jump into the EV bandwagon thick and strong. Bajaj Auto has clearly intended to push the manufacturing standards for E2Ws, which has remained questionable until now. Mr Rajiv Bajaj slammed the government authorities and startups for negligence toward standards for manufacturing an EV. He further adds, “People who have no business to be in the EV business trying to be in the EV business caused uneccessary trouble to the market.”

On the momentous occasion of the 84th birth anniversary of the late Shri Rahul Bajaj, a new EV-specific assembly facility has been inaugurated at the same Akrudi plant that was used to manufacture ICE Chetak. The new facility is capable of producing 2.5 lakh Chetak units per year. The plant is spread over half a million square feet and is expected to generate employment for 11,000 people with the production capacity of 5 lakhs units per year. The Chetak is completely indigenously developed, and the emphasis on localization is given to keep a check on prices and boost the local economy. Bajaj Auto has claimed that they have partnered with the local vendor in and around Pune for the required service and spare parts.

Talking about safety issues in the EVs, Mr Rajiv Bajaj says, “Currently there are two types of EVs- one which caught fire and other which are going to catch fire “. He highlights the lack of R&D and the eagerness to jump into the EV sales game as the prime reason for compromising the safety standards.

Bajaj Auto has given us a dedicated tour of their R&D facility and showcased their strength for EV two-wheeler manufacturing. Moreover, their testing parameters also ensure safety protocols. The battery, motor, chassis setup, everything goes through testing before mass- production. Also, the mass-produced vehicle goes through a standard inspection before making it to the store.

They have invested around 300-crores to develop the facility. Moreover, they are also planning to invest another 500-crore in streamlining the supply chain. The EV plant in Akurdi will meet the demand for both the domestic and international markets. Bajaj Auto Ltd. has shown a clear intention of taking the electric vehicle market seriously, and with the future-proof action plan, they are expected to maintain the legacy heritage of the brand name Chetak. And the journey to preserve the legacy of Chetak is more of an evolution than a revolution.