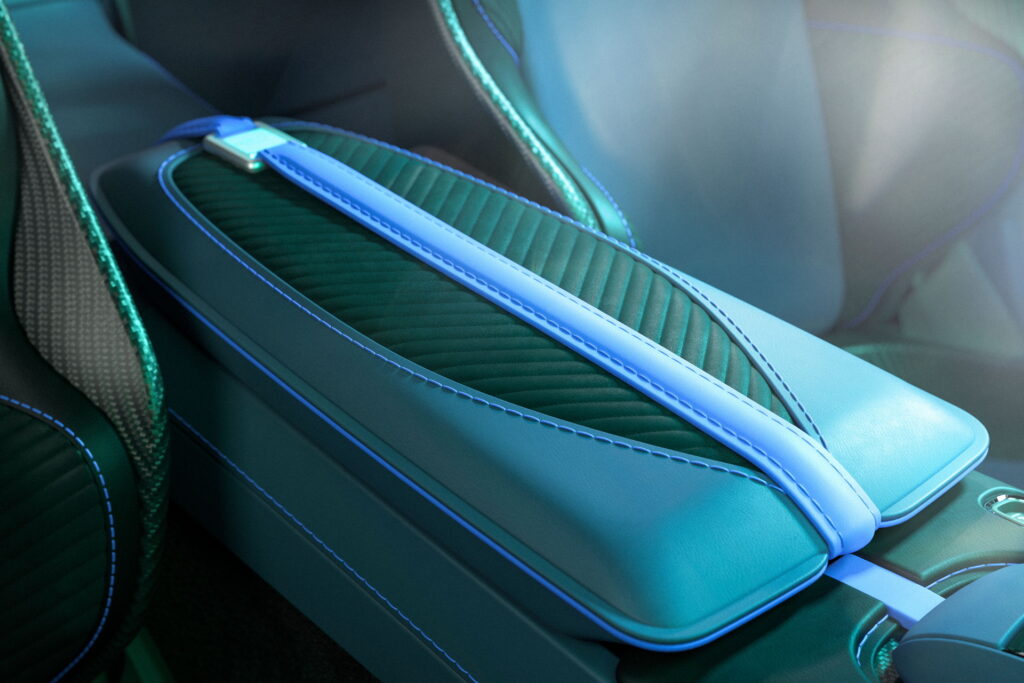 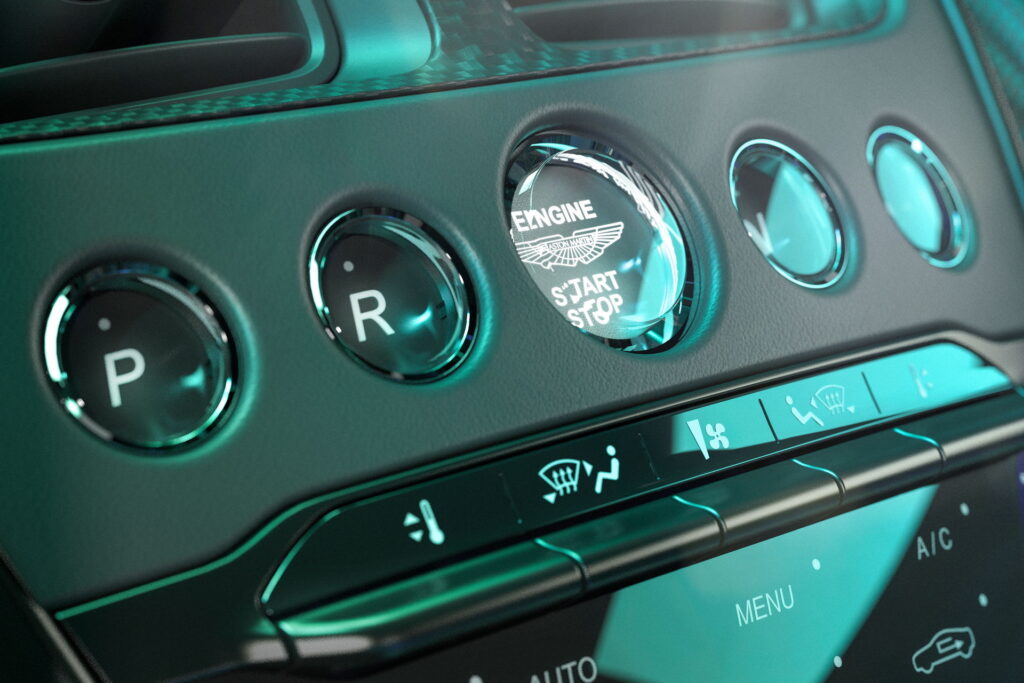 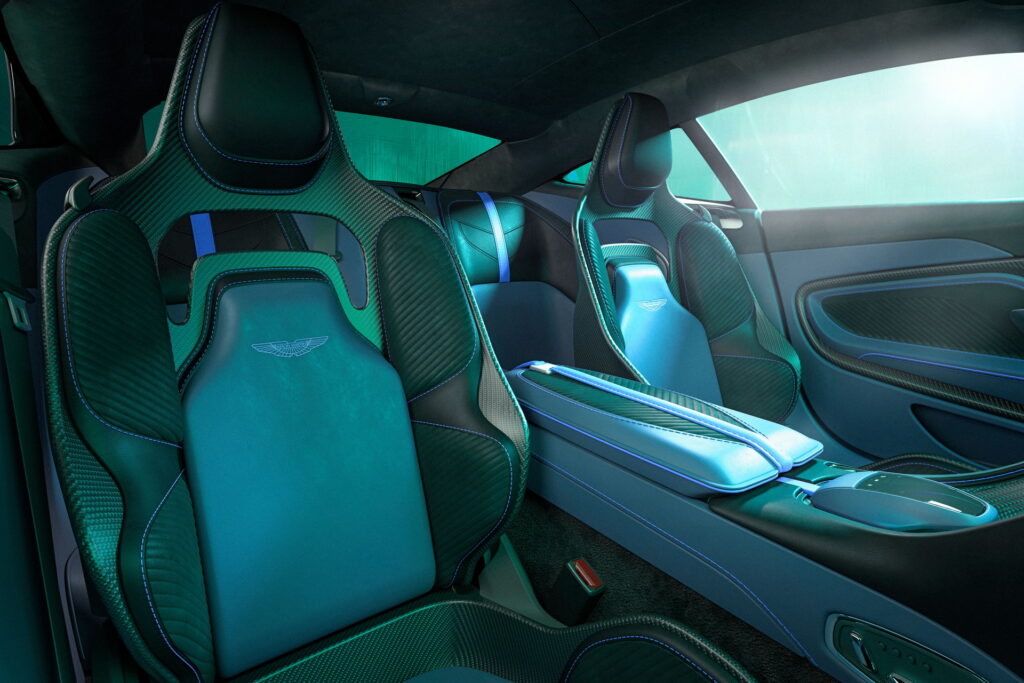 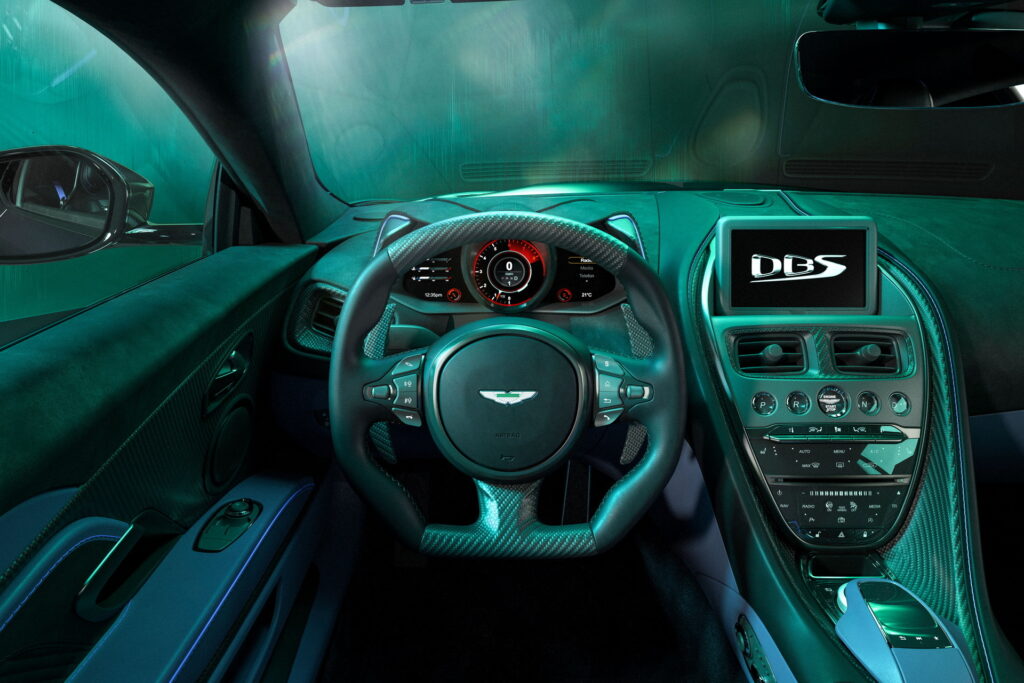 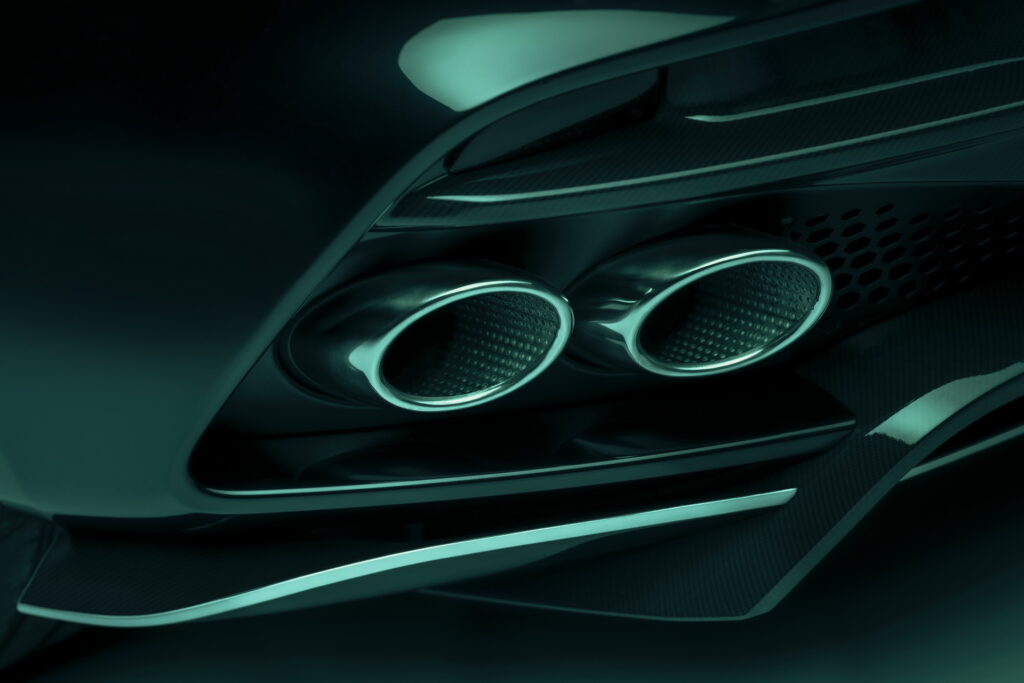 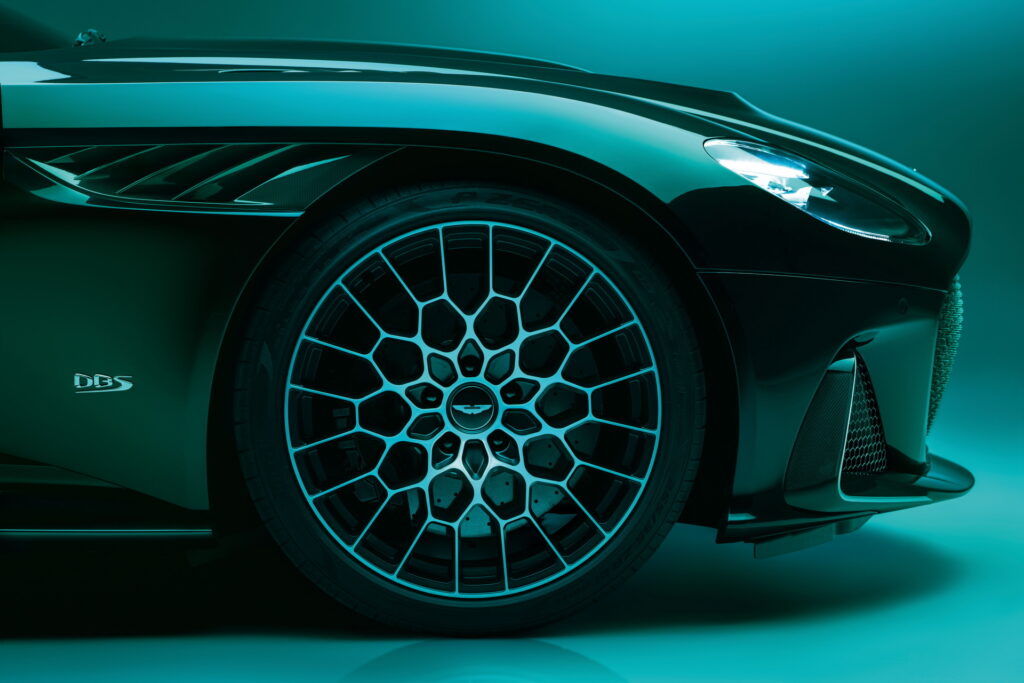 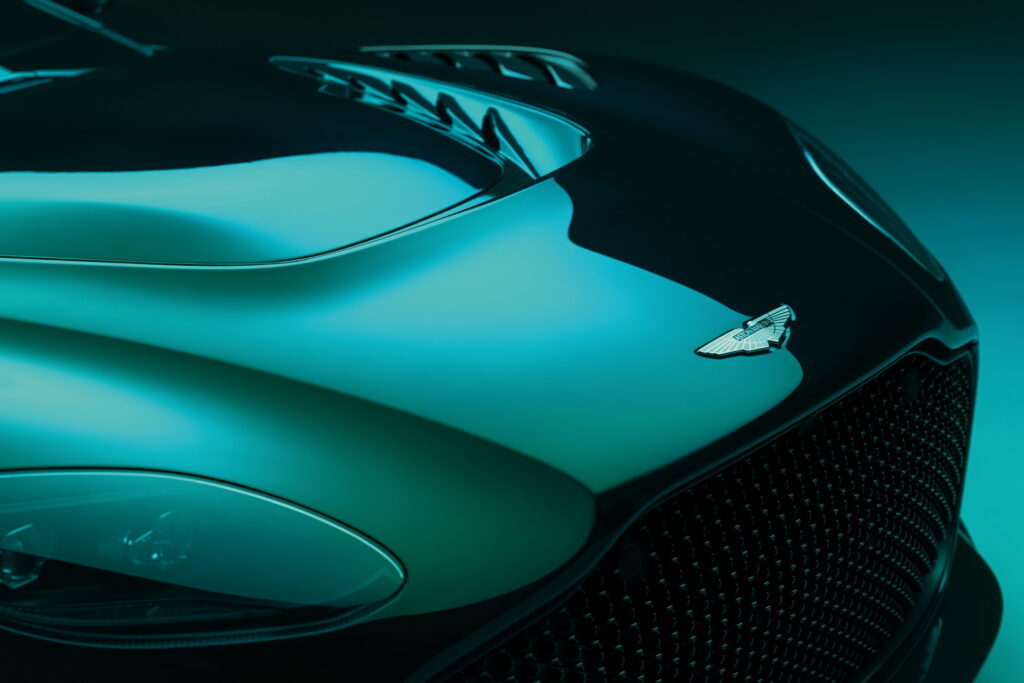 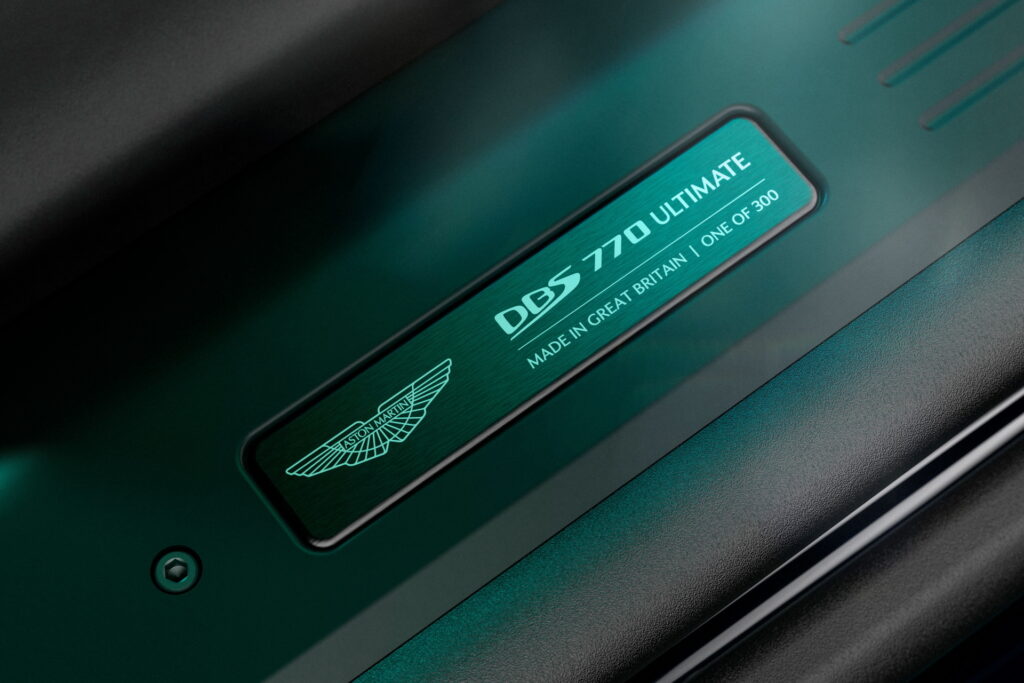 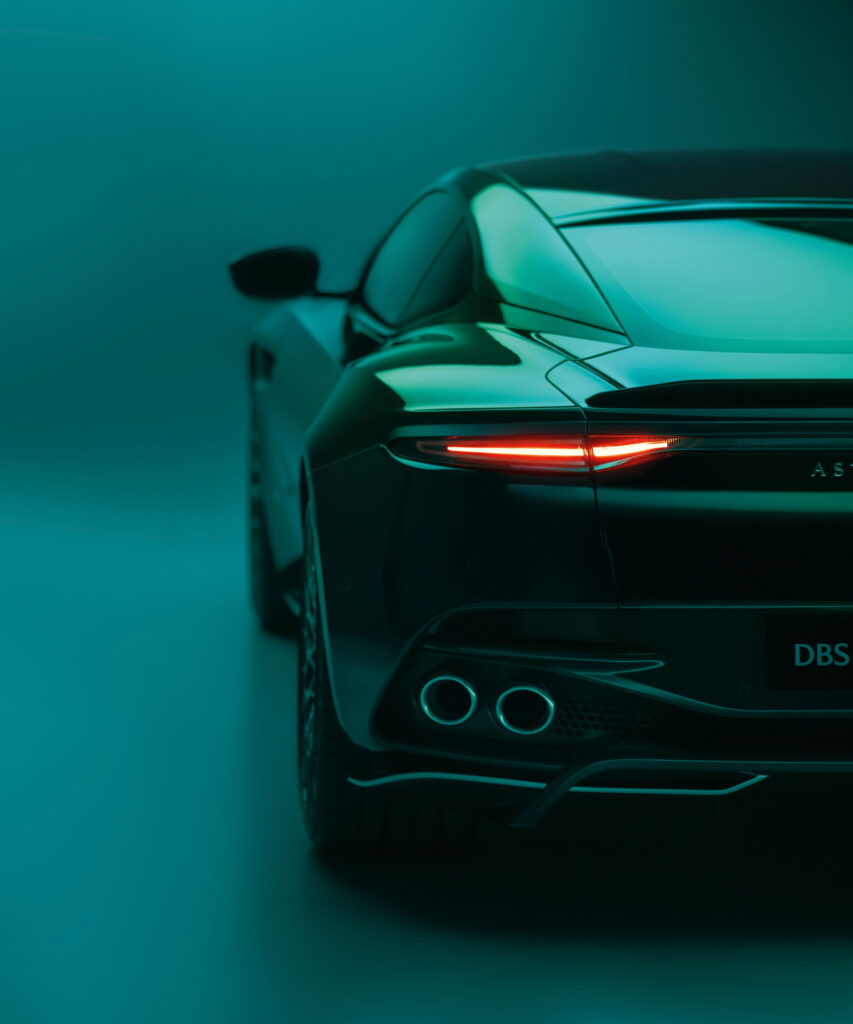 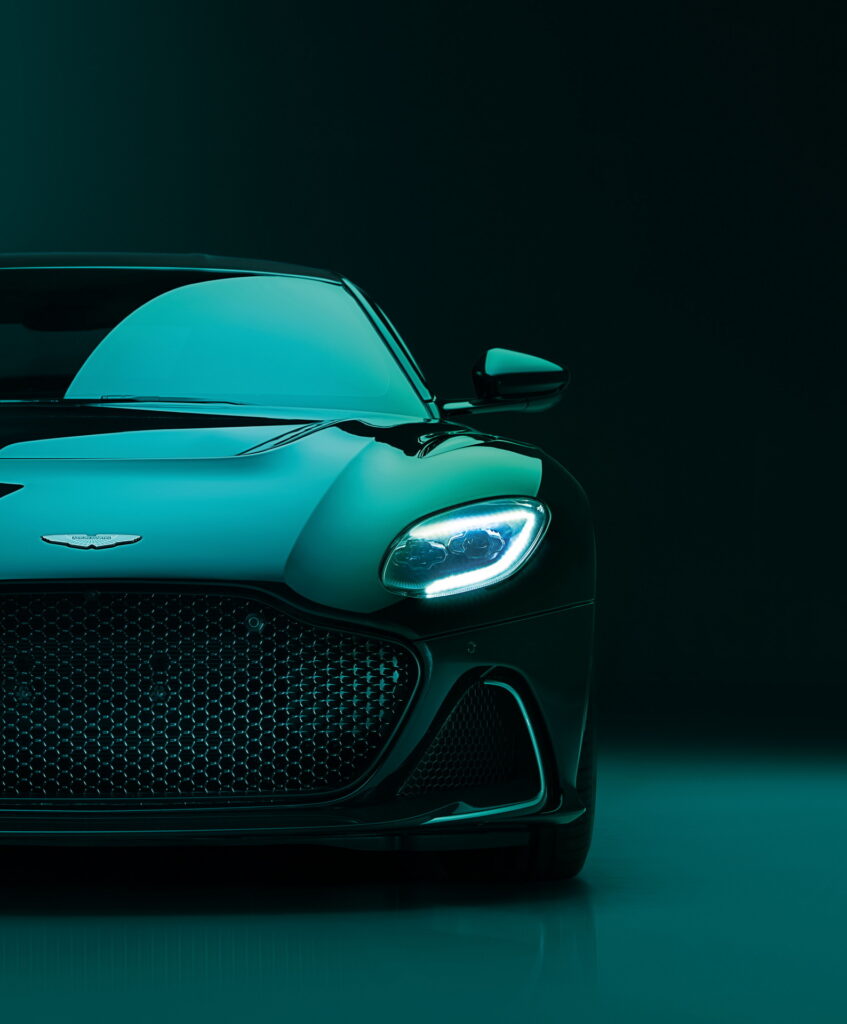 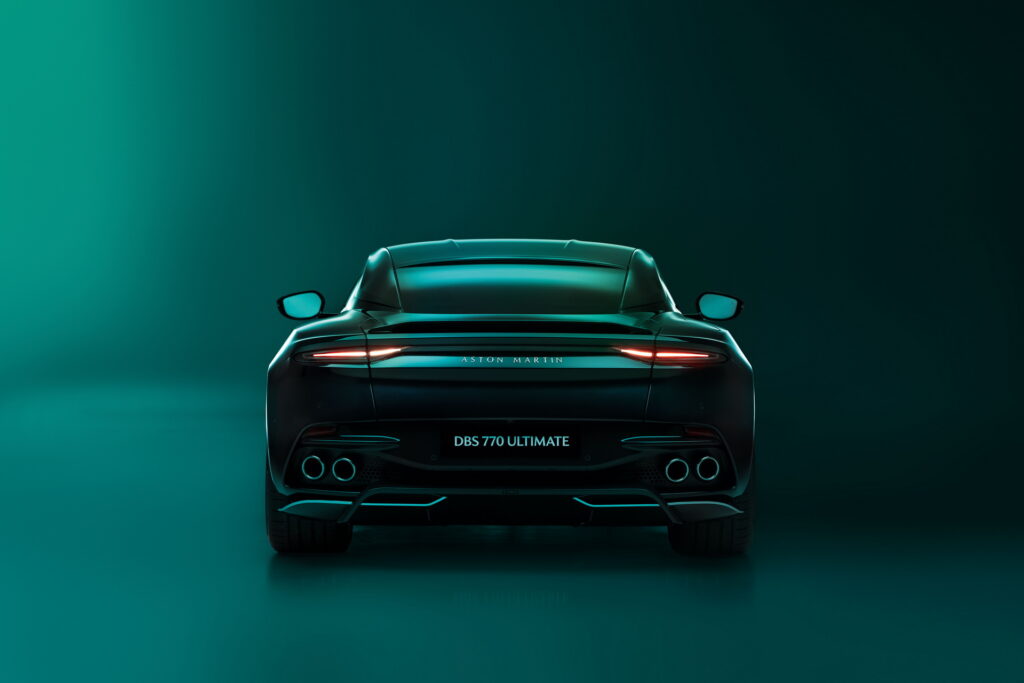 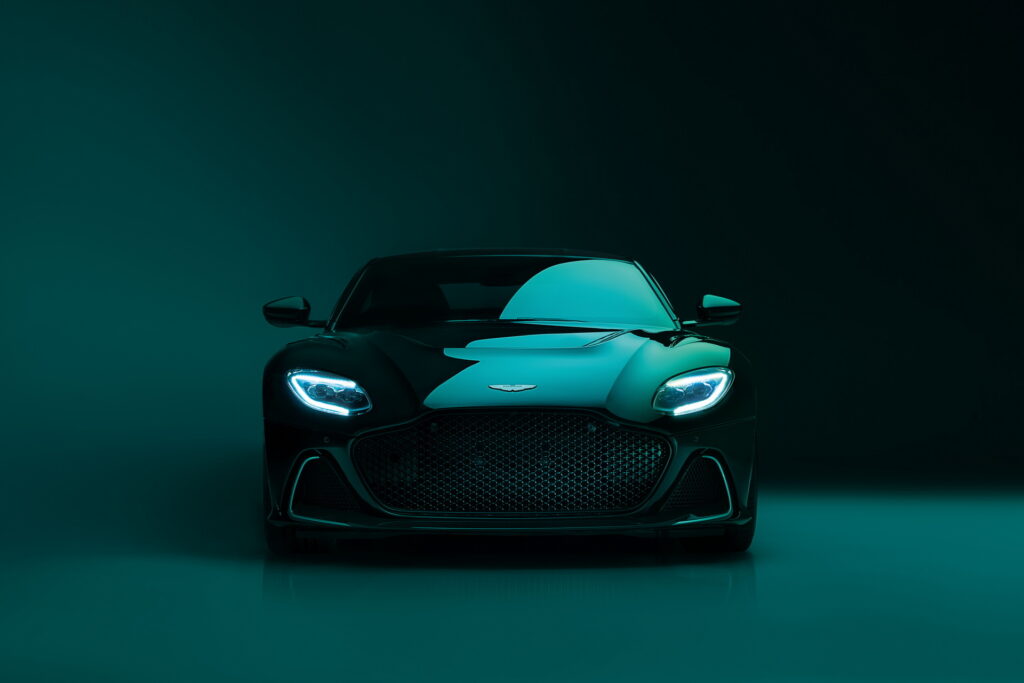 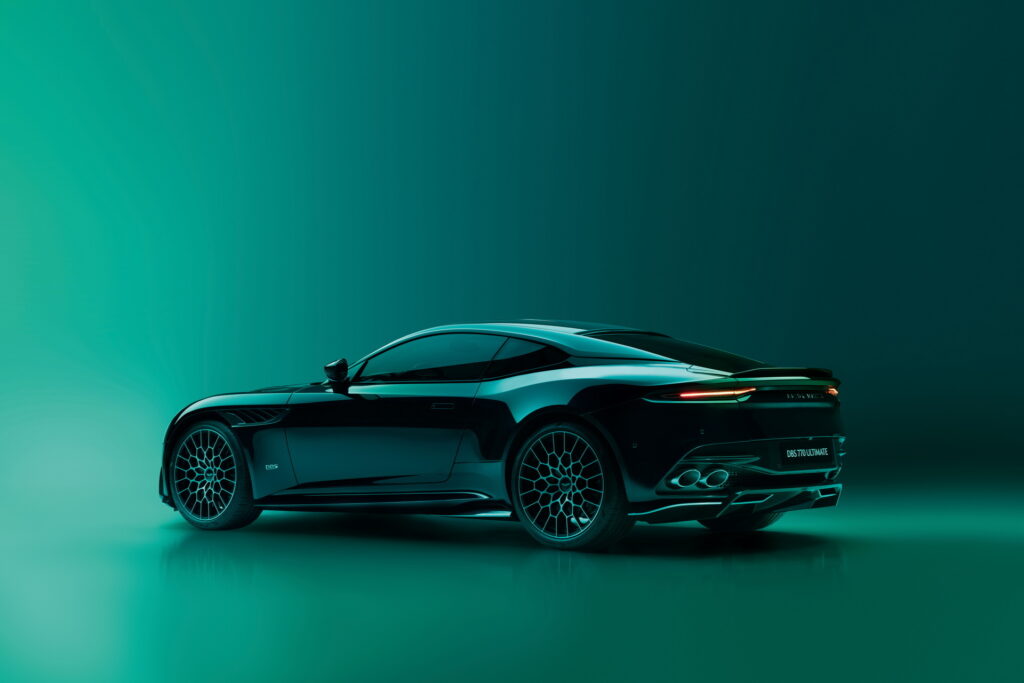 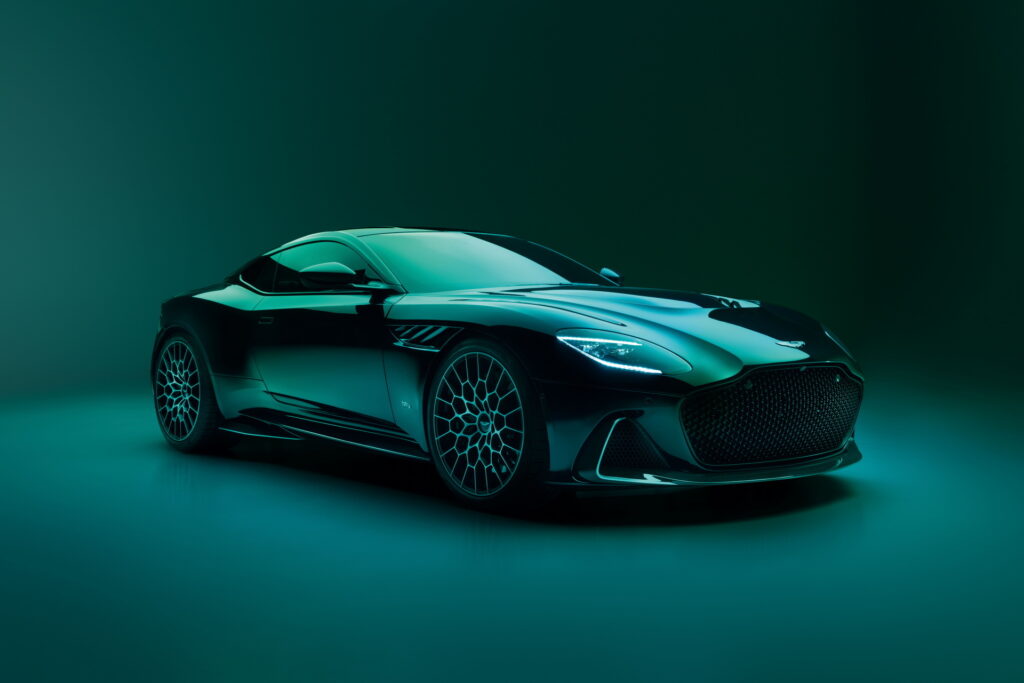 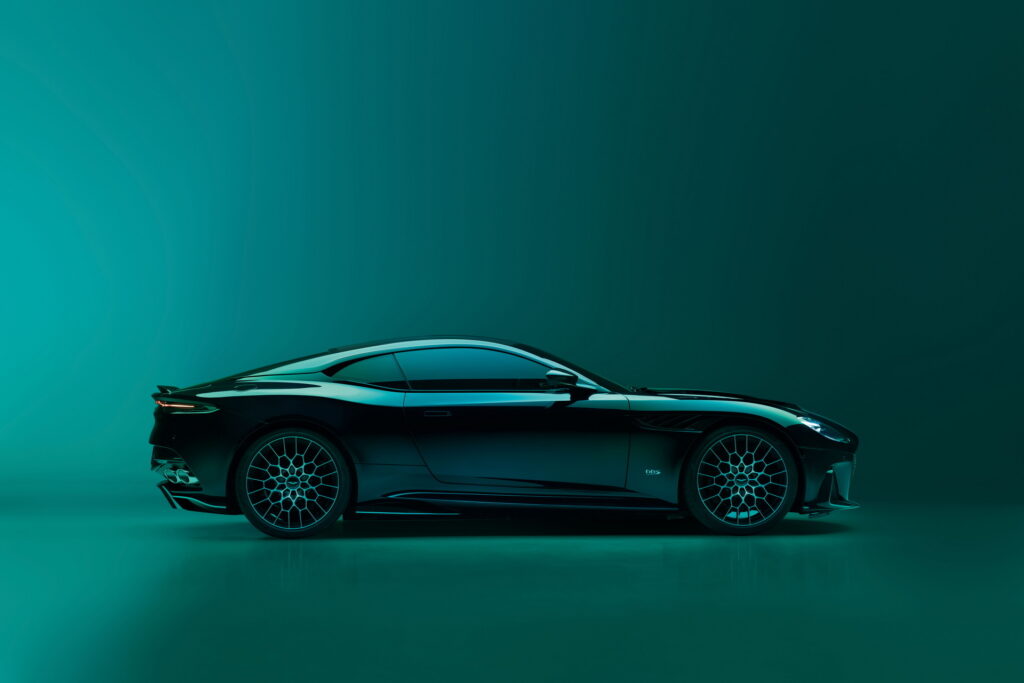 The DBS 770 Ultimate, a special edition of the DBS with more power, a modified chassis, and distinctive stylistic cues, was unveiled by Aston Martin. The 499-unit grand tourer that will commemorate the conclusion of the current generation DBS's production will be made up of 300 coupes and 199 convertibles, and every one of them has already been reserved.

Given that the cosmetic changes are minor, the series' last installment is easily distinguished as a DBS. Highlights include the newly designed diffuser at the back, the new bonnet with a deep horse-shoe vent, the more prominent splitter at the front, and the twill carbon fiber highlights.The distinctive 21-inch alloy wheels, finished in Satin Silver, Satin Black, or Satin Black with Diamond, are even more exceptional. turned as in the illustration. They have high-performance Pirelli P Zero tyres fitted with 265/35R21 front and 305/30R21 rear tyre sizes, respectively

On the armrest and one of the exclusive sill plaques that also displays the numbers of the limited edition special, you can find the DBS 770 Ultimate logo within. The model has Performance Seats as an option, Sports Plus Seats covered in quilted semi-aniline leather and Alcantara as standard equipment, carbon fiber gearshift paddles, and an original trim design with vibrant accents. Through the Q by Aston Martin subsidiary, owners may even further customize their car.

The twin-turbo 5.2-liter V12 engine that powers the DBS 770 Ultimate has been improved to produce 760 horsepower (566 kW/770 PS) and 900 Nm (664 lb-ft) of torque. Compared to the standard DBS Superleggera / Volante, this represents an increase of 45 horsepower (33 kW / 45 PS), which was made feasible by redesigned air and ignition paths and a 7% increase in the maximum turbo boost pressure. A mechanical limited-slip differential assists an 8-speed ZF automatic gearbox in transmitting power to the rear axle.

Despite the fact that the special edition's peak speed of 340 km/h (211 mph) is the same as the ordinary DBS, the firm claims it is "the most powerful production Aston Martin ever, and the quickest and most powerful DBS to date." The DBS 770 Ultimate's power output is 10 horsepower (7 kW / 10 PS) more than the One-77's, but it is still less than the flagship Valkyrie's combined electrified powertrain output of 1,160 horsepower (865 kW / 1,176 PS), which is 1,160 horsepower.

With the help of a new solid-mounted steering column, Aston Martin engineers enhanced the steering response and input. They also made changes to the suspension, including a larger rear undertray, a stronger front cross member, and updated software for the Adaptive Damping System (ADS). The 410 mm (16 inches) front and 360 mm (14.2 inches) rear carbon ceramic brake discs are carried over from the standard DBS.

First sales of the Aston Martin DBS 770 Ultimate are anticipated in the third quarter of 2023, with production of the vehicle beginning in the first quarter. Given that order books are already closed, the carmaker chose not to disclose price. The special version will undoubtedly cost more than the DBS Superleggera, which begins at about $330,000, given the added power and the restricted supply.