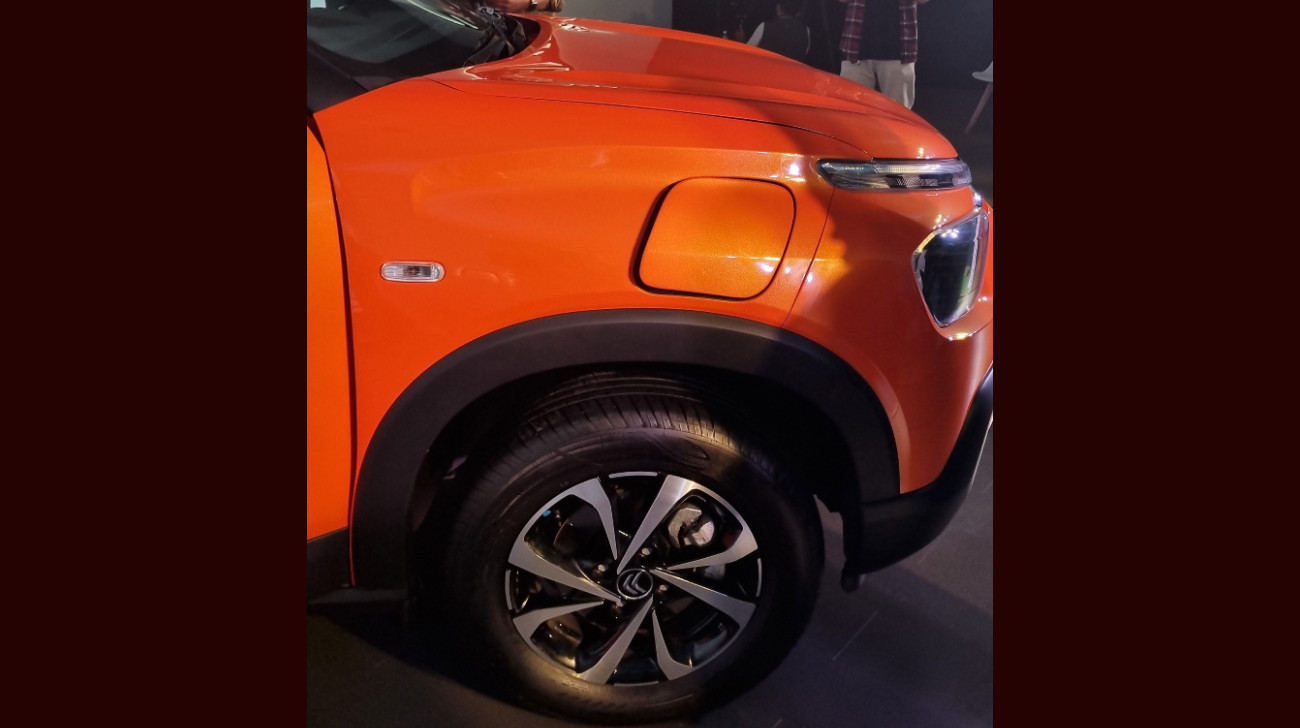 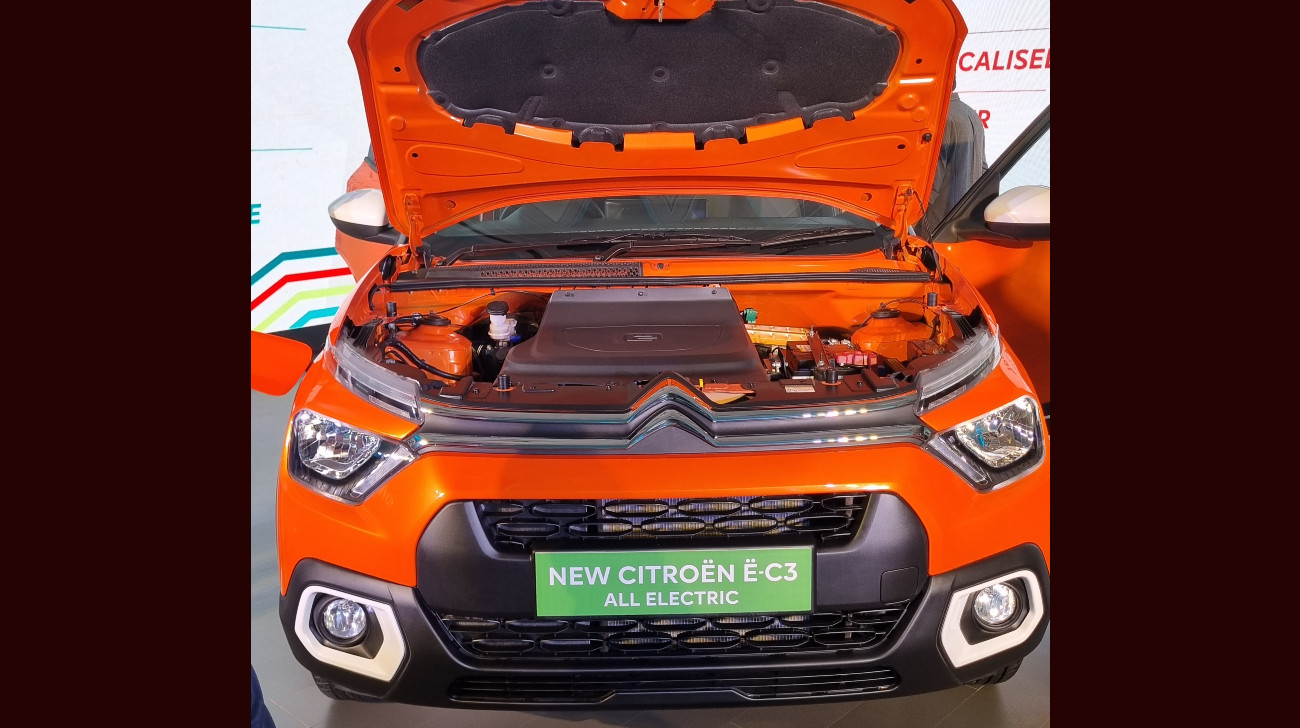 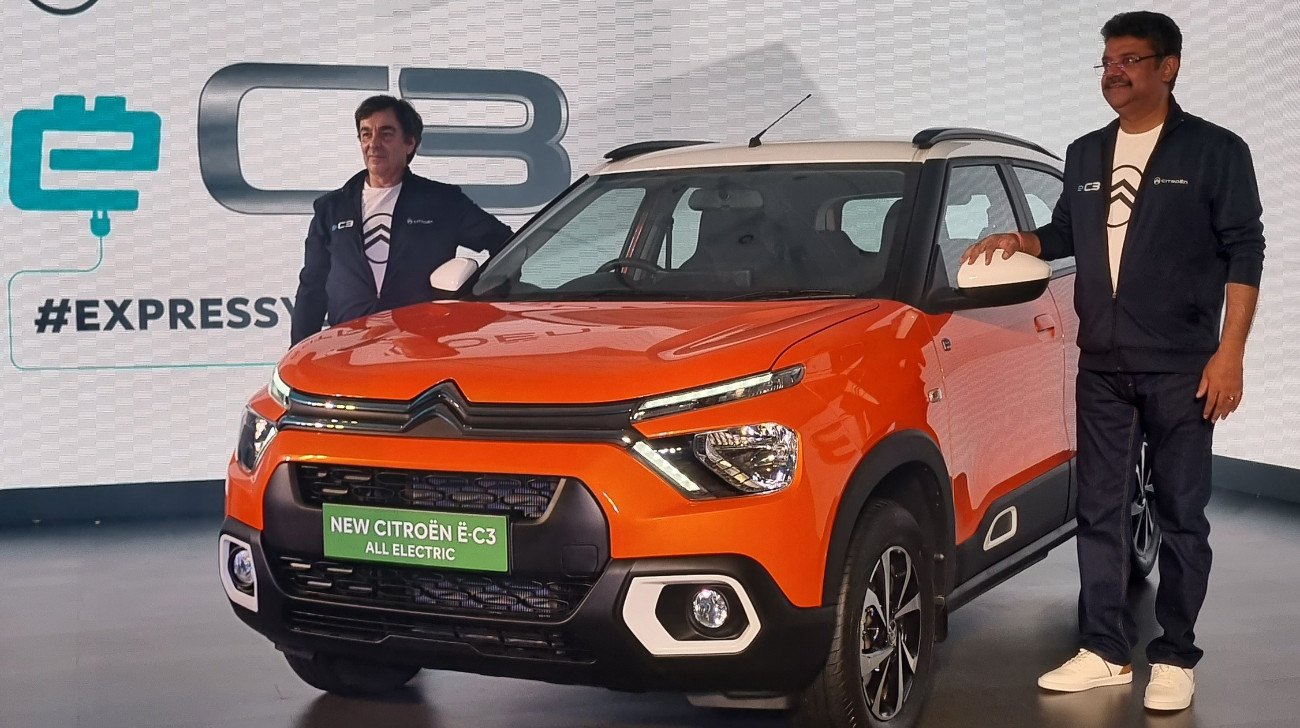 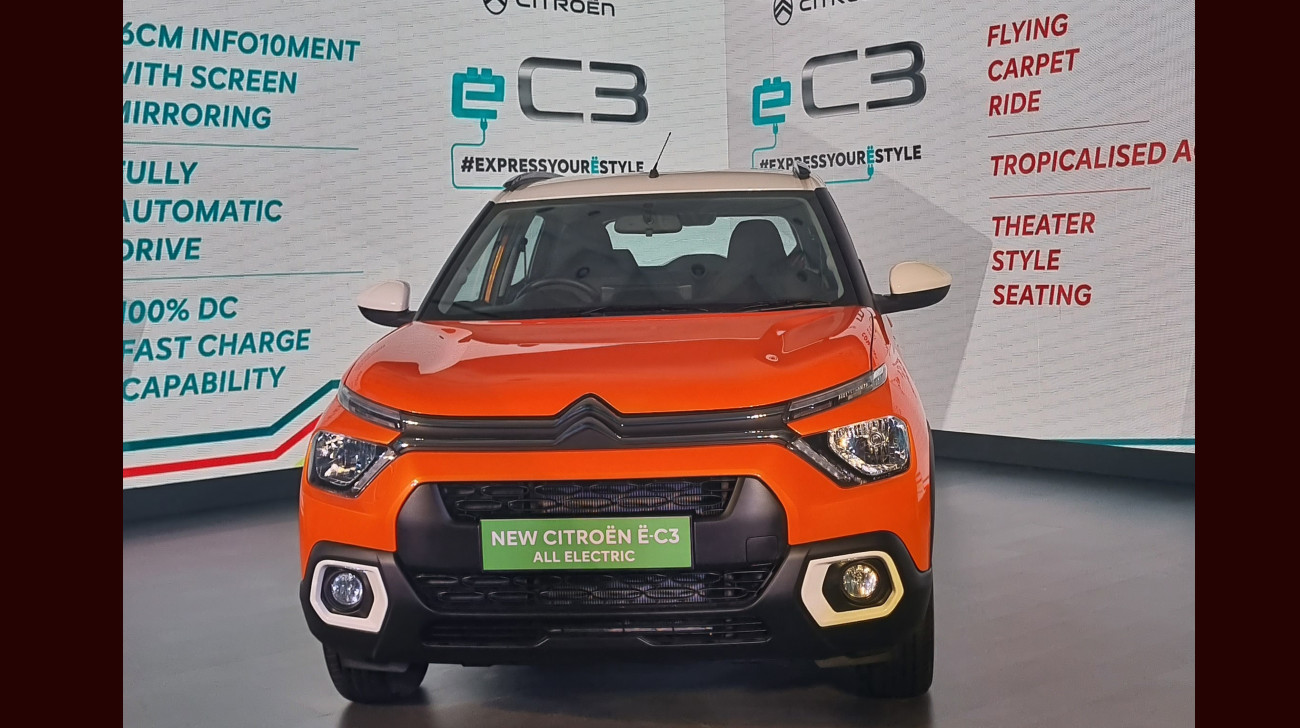 The electric revolution is taking centre stage in India, and relatively new manufacturers are stepping into the electrifying game with high ambitions. Today, Citroen India has revealed the electric version of the already exciting C3 as eC3. The brand also intends to export the car to the ASEAN/African country. According to the brand, EV sales are expected to reach 7.7 lakhs units by 2030, contributing 15 per cent in sales volume by 2030.

The design and styling of the car are almost identical to its ICE counterpart apart from mandatory few EV bits, which include no tailpipe, an 'e' badging on the side and a charging port on the front fender. Also, the interior is almost similar; however, the gear knob is replaced with a drive controller.

The Citroen eC3 has a lithium-iron-phosphate battery pack of 29.2kWh, which is good enough to have a claimed range of 305km. Ideally, it will have a real-world range of 200-230km. The car does not have dedicated thermal management and instead gets a naturally cooled system for battery cooling. The car battery has been tested under severe conditions from -10degree celsius to 55-degree celsius. The eC3 gets a front-axle-mounted motor which produces 57Ps of power and  143Nm and can do 0-60km/h in 6.8 seconds. The car can do a top speed of 107km.

Regarding features, eC3 gets hosts of connected tech features, including driving behaviour analysis, vehicle tracking, emergency service and, of course- Android Auto and Apple CarPlay. The car can also juice up from 10-80 per cent in 57 minutes with a DC fast charger, and on a 15amp home charger, the battery can top up from 10-100 per cent in 10.5 hours.

The prices of the car are not revealed yet. Once launched, it will go up against the recently launched Tata Tiago eV, which gets 24kWh of the battery pack,but how well it fares up against its competitors is something we have to wait and watch.