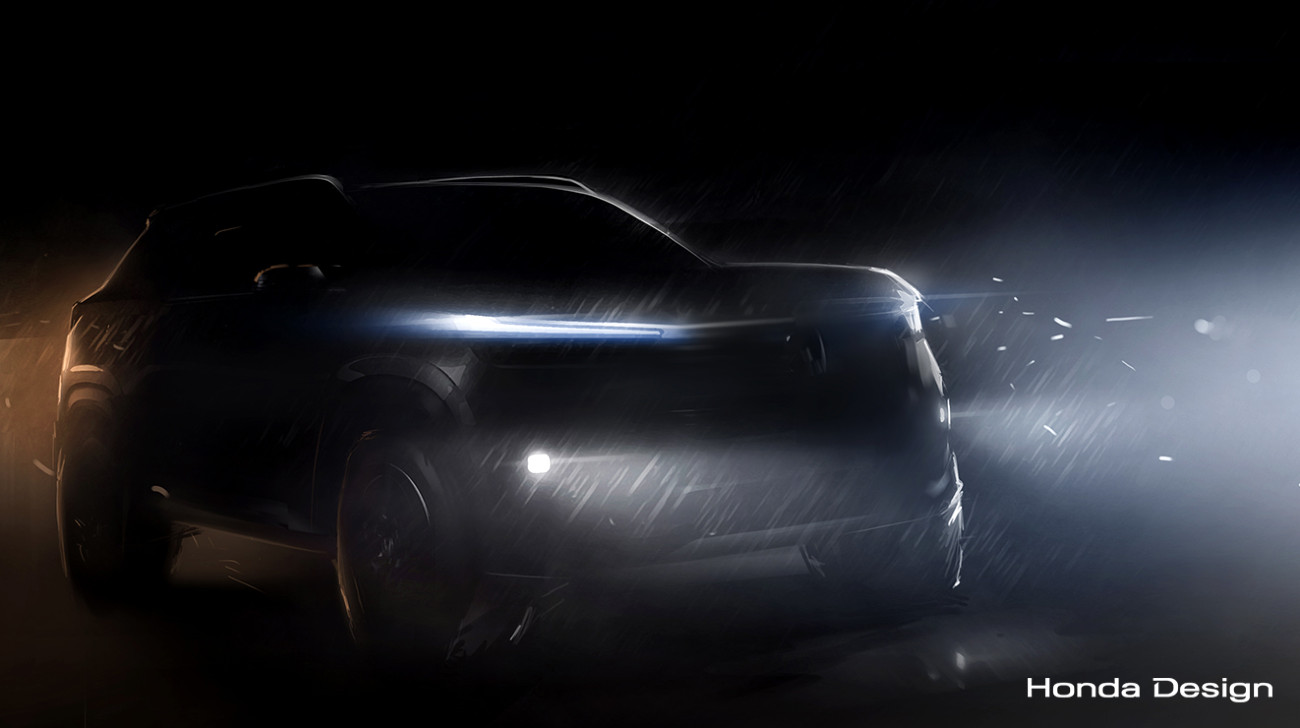 Japanese auto brand - Honda, once a cult brand in itself, lost its charm in the challenging Indian market. Apart from Honda City, there haven't been any products in their portfolio that can be looked upon as aspirational buy. But it seems things are about to change as the brand showcased its intentions to play big by introducing a Creta-rival SUV. However, the timeline of the unveil or the launch is not yet confirmed.

On social media today, Honda has revealed only a silhouette image of its upcoming SUV. Well, nothing significant can be established from the image. However, one can notice the upright stance with a big grille, DRLs and headlamps. The design language is different from the HR-V sold overseas. Honda claims the new SUV has been designed at the Honda R&D Asia Pacific Co., Ltd. following extensive market surveys in India for people's changing lifestyle requirements and expectations from Honda for their new SUV in terms of design & performance.

The new SUV could be launched with two engine options- a 1.5- litre NA engine that we get in fifth-gen Honda City. This 1.5-litre engine makes 121hp of power and 145Nm of torque. The other viable and most favourable engine option would be the one we get with the Honda City e:HEV- a 1.5-litre strong-hybrid petrol powertrain that produces 98 hp of peak power and 127Nm of peak torque. If launched at the correct price, the later powertrain option could revive the brand in the Indian market.

Once launched, it will go up against the king of the segment - Hyundai Creta. Hyundai's sister company - Kia, also sells Seltos as hotcakes. Moreover, the competitors( Maruti Suzuki and Toyota) have also upped their game with the latest technology and advanced powertrain. German cousins- Skoda Kushaq and VW Taigun are also gaining quite a popularity among enthusiasts lately. How well Honda tackles the competition and revives its old charm will be the test of time.