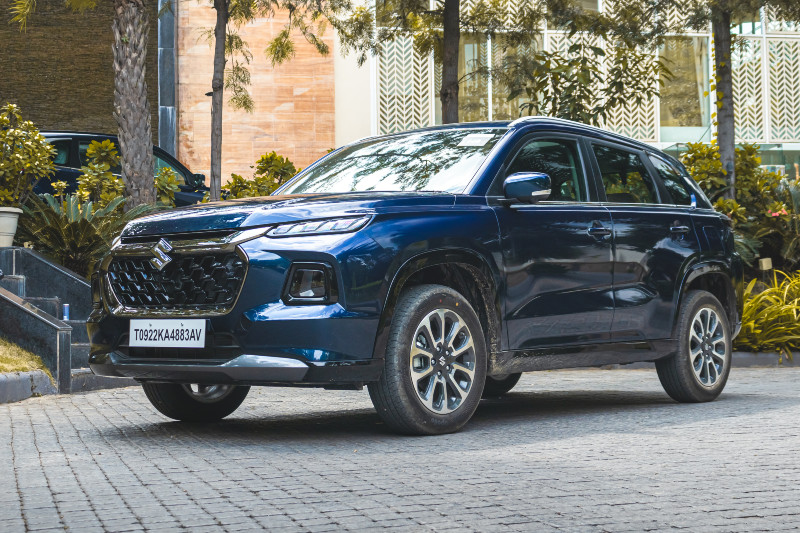 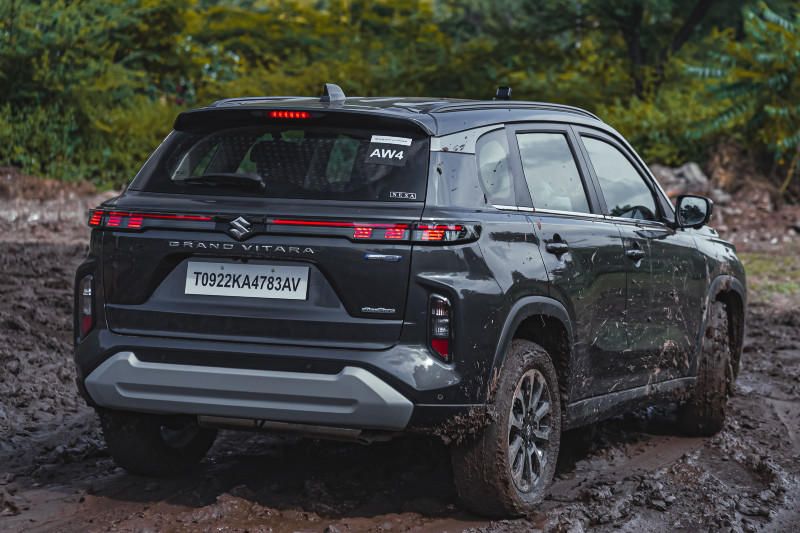 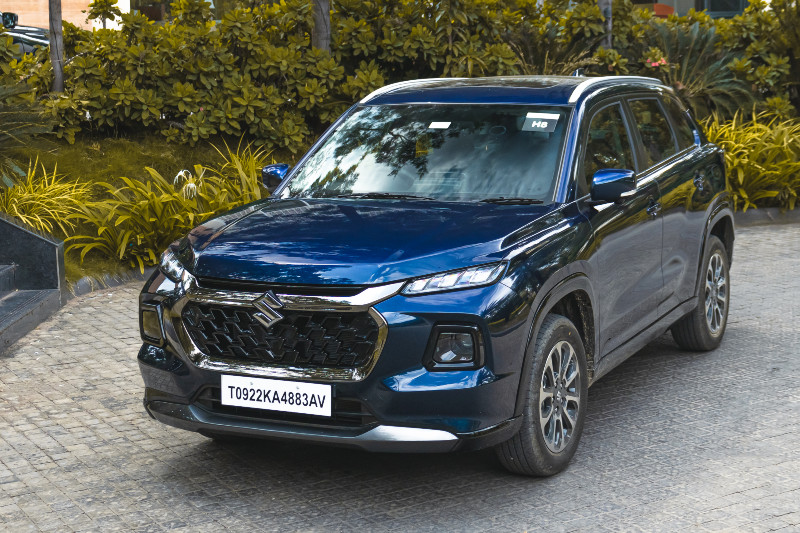 There has been quite a lot of buzz revolving around Maruti’s new Creta rival for the mid-size SUV segment. It has finally been launched with prices ranging between INR 10,45,000 (Ex-Showroom) for the entry-level Sigma variant. In contrast, the top-of-line, Alpha+ in dual-tone is priced at INR 19,65,000 (Ex-Showroom). Bookings for the Grand Vitara have been open for a while now with a booking amount of INR 11,000. This is Maruti Suzuki’s flagship model for the Indian market.

The 1.5L K15C mild-hybrid petrol engine puts out 102hp and is no stranger to us. It is available with a lot of Maruti Suzuki models in the market. The MT is a 5-speed manual gearbox, while the AT is a 6-speed torque converter automatic gearbox. Efficiency for this engine is claimed at 21.11kmpl for the MT, 20.58kmpl for the AT and 19.38kmpl for the AWD MT. The second engine is a Toyota-sourced, 1.5L three-cylinder Atkinson cycle petrol engine that produces 91hp. This engine is paired with an electric motor that produces 79hp for a combined power output of 113hp from the second powertrain. The strong hybrid powertrain comes with an e-CVT gearbox. Maruti claims a fuel efficiency of 27.97kmpl for this powertrain option.

The Toyota Urban Cruiser Hyryder, the Grand Vitara’s brother from another mother, undercuts the strong hybrid powertrain by INR 50,000/-. Meanwhile, the mild hybrid variants on the Grand Vitara are all INR 20,000/- cheaper than the Hyryder. Both brands co-developed these models where Maruti Suzuki provided their mild-hybrid technology. At the same time, Toyota brought its strong-hybrid technology to the table. The pricing shows that each manufacturer has taken advantage of its technology contribution.

*Dual-tone paint options are offered on all variants Zeta onwards. They cost an additional INR 16,000. The car is also provided with a Maruti Suzuki Subscribe scheme for a monthly subscription fee of INR 27,000, which is all-inclusive. The Strong Hybrid e-CVT variant comes with a special introductory package consisting of an extended 5 Year/1,00,000 Km warranty and a PRISTINE genuine NEXA accessory package worth over INR 67,000/-. The standard warranty on the car is 2 Years/40,000 Km.