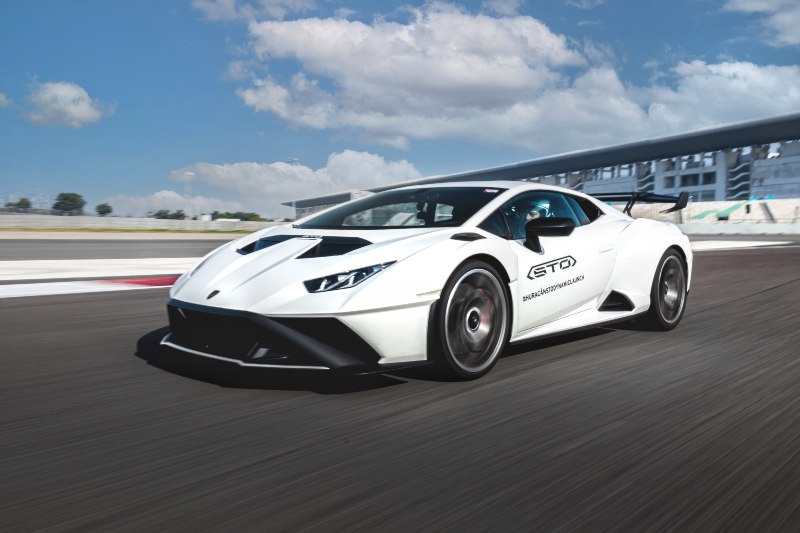 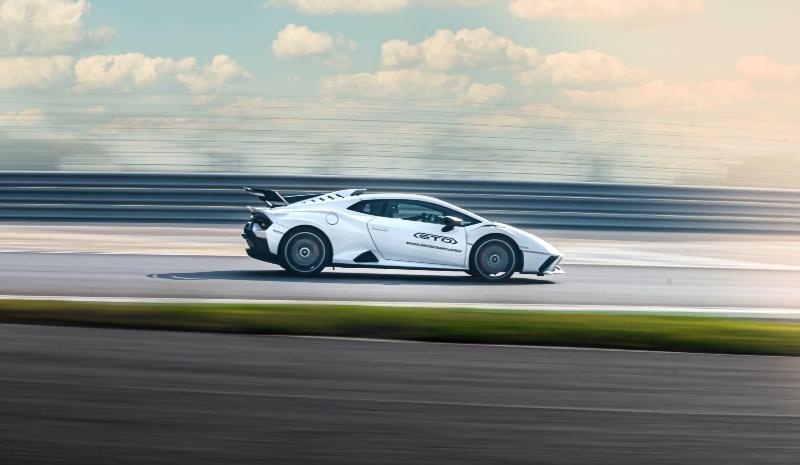 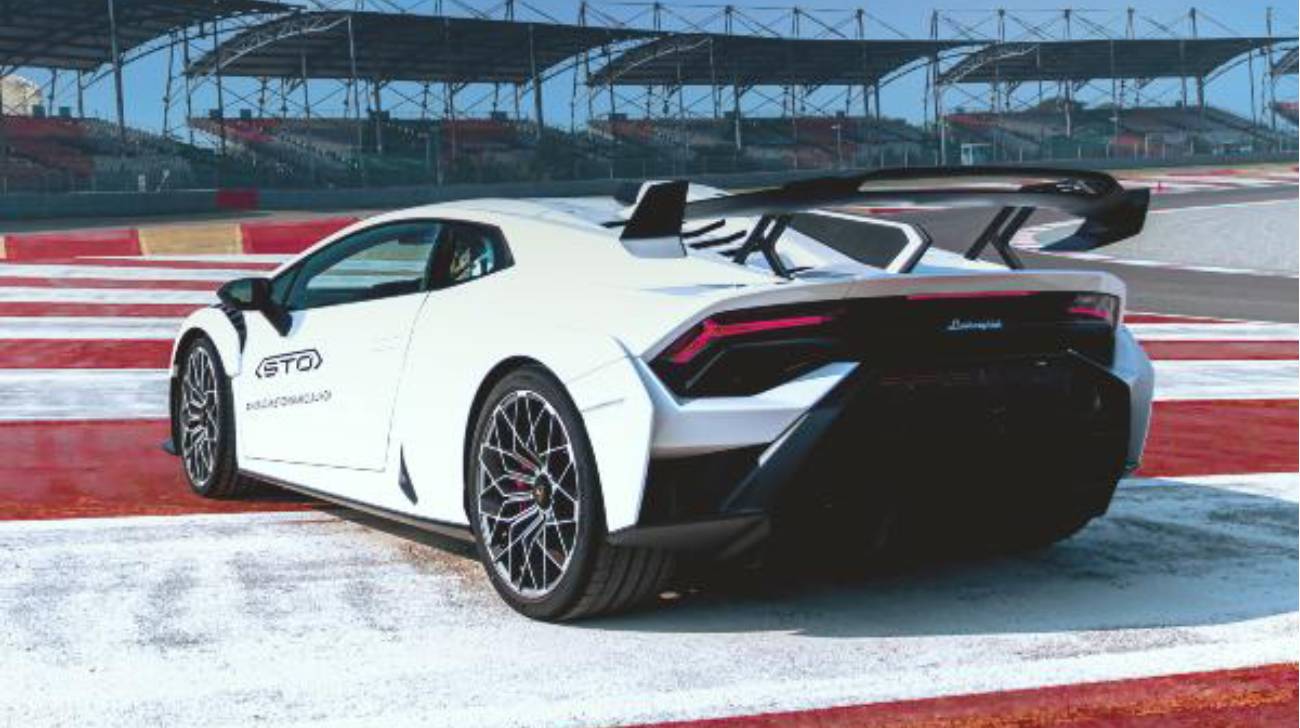 There are some brands with just the name that fire up all cylinders everywhere in your brain, body and soul. One such name is Lamborghini, and like you associate Ferrari with Red, the first image of a Lamborghini is always going to be yellow. Such is the power of the brand that one solid color is associated with it, and pretty much all boyhood of most men goes in dreaming about driving this bull on a racetrack.

The new Lamborghini Huracan STO or super Trofeo Omologata is one of the answers to that boyhood dream, and when my phone rang, I was on the next flight to BIC in Greater Noida. The deal was six laps of the track, and the first lap made it clear that the STO is a track weapon; in-fact, it's a race car made road legal with a number plate strapped on it. I knew deep inside that perhaps it's the last of its kind where the mechanics and engineering of internal combustion are spinning its magic and throwing out that raucous, visceral engine noise without the speakers, that is. Lamborghini, like everyone else, is headed towards electrification and the Huracan STO is the last of its pure unadulterated legacy, which runs on gasoline.

The moment came, and I slipped my head inside the helmet; it was also incidentally white, buckled up and soaked in all the adrenalin senses which get stroked once you take the steering and fire the red knob, which is the start button. Every minute mattered, and the clock was ticking, and the dial had only six laps.

Even though I tried hard to calm myself down by taking deep breaths, the roar of a v10 naturally aspirated engine comes to life with an emotional howl. It's the same 5.2-litre engine from the Huracan EVO, which makes 630 hp, but reduced  565 nm of torque and the real kicker is that it's a rear-wheel-drive that drives like an AWD. STO has all the grip in the world to ensure that you stay on the tarmac no matter how hard you steer, and the tail will wag out but in a very controlled manner. Its steering is precise, and every movement of your wrist translates the car in that direction. That was also my fear because if I flexed my wrist muscles a little too much, it might end up in the benches or trees.

After two laps, I just indulged myself in the symphony of speed before focusing on this quantum of engineering, power, ability, designing, and arguably the minimalistic yet exotic and expensive use of material used inside this sports car that makes it a complete package of emotions in itself. It's the most striking car both on roads and on track, and you can take your special someone to dinner on this or just go on a dinner with it.

Lamborghini's patented LDVI system also helps monitor traction, including rear-wheel steering. The rear-wheel steering uses real-time adjustment of toe and camber angles to change the wheel adjustment on the go. At the same time, the torque vectoring system simulates the setup of differential preload for a quicker exit through corners. The mechanics are mind-blowing; it's like that duck swimming and looking calm on the surface but hard to stay afloat beneath its peddling. STO gives you that feeling when you are steering, but in reality, all its engineering is working hard to provide you with that thrill.

By the third lap, I realized that the twin-clutch gearbox is good enough - so much smoother and faster than the Aventador's sequential that you never really find yourself noticing it – it does the job cleanly and well. It's the one element of the car that behaves itself immaculately at low speed, shuttling up the gears considerately and quietly. It's balanced and meant for the track, and It's supremely communicative through the suspension and chassis. Although the variable-ratio steering doesn't have bundles of natural feedback, there's so little suspension movement that you feel directly connected to the crisp edge of the front tyre.

By the fourth lap, it was clear that the STO felt more comfortable at higher speeds. The STO needs some momentum before the suspension wakes up and is interested in helping out. It requires that level of downforce or movement to get some compression into the springs. If you are on a track and have a low slung bull like an STO, it's unlikely you will drive at lower speeds unless you want to soak in that excitement and that track driving mannerism that the STO brings. There are three Driving modes that are controlled via the familiar button at the base of the steering wheel. New names, though: STO, Trofeo and Pioggia. Read Road, Race, Rain. Five parameters fall under the control of each setting: engine response, Akrapovic exhaust, gearbox, MagneRide 2.0 suspension and ESC. Trofeo does noticeably ramp things up – not just red dials, but a more instant and angry engine and vividly harsh ride. STO is more than enough for road use. It's excellent that Lambo has pushed the STO this far and chosen to compromise its road manners. Though I could not drive it on the road but going by its making, it definitely feels more at home on the track. Needless to say, I spent most of my time in Trofeo Mode without a wrinkle on my forehead. The Hurricane STO with the price tag of 4.99 Cr ex-showroom is not a bargain. It emotionally charges up the overall driving experience. With the sun setting down on internal combustion engines, I felt that the speed of time is 33.33 km per second; the STO also does 0-100 in 3 seconds. Do the maths.

By the fifth & sixth lap, my trepidation and butterflies had fallen back, and my heartbeat had slowed down even though the laps had been getting faster. I was getting addicted to adrenaline-pumping speed when the sign came for me to return to the pit lane. Of course, much to my agony, it was not to change tyre but to hand over the STO back and say  Goodbye. Perhaps that's why the car we had was symbolic in white, telling the internal combustion obsessed world and the electrification world we are headed to Peace out!