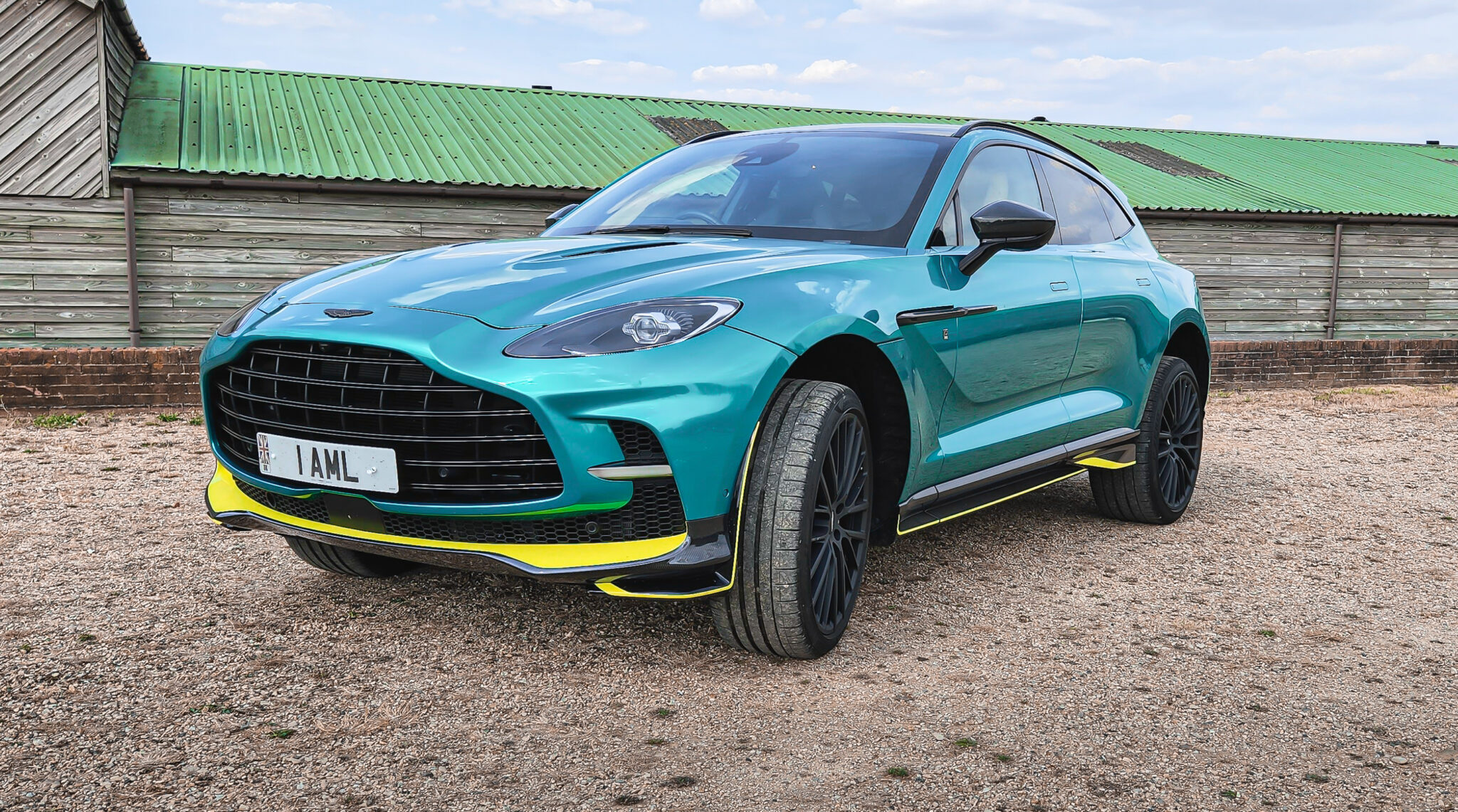 A British Monarch in a set of 23-inch rims still holds the title of the fastest-production luxury SUV in the World. At least till the time, this issue went into print. It’s called the Aston Martin DBX 707, and even 007 can take a bow in front of it. I was handed over the keys for 48 hours in London, and a royal state dinner invite to Buckingham palace or a role in James Bond movie could not have stopped me from my debauchery. Unless the part involved chasing 007 in 707!

Now what is ironically iconic is that I had the DBX from the 14th to the 15th of August and Lagonda was founded in 1899, Aston Martin was founded in 1913, merged in 1947 and is now called Aston Lagonda global holdings PLC. There are no direct connections but the years and days all hint towards independence, and the the colour was racing green which was my way of celebrating Independence day by flooring, a British Iconic Car maker in its own soil.

I was tipped off that towards Oxford on the M40 highway the roads are beautiful and pushing the DBX within speed limits is rather fun. On sport plus mode, and that monstrous 4.0-litre V8 generated enough turbulence to my senses. It was challenging to keep your foot in check, and the surge of 707 PS and 900 Nm claimed victory even before the race started. It could spank any car on the road or a fighter plane above. Well almost. The 9 Speed Wet clutch transmission made the gear shift quickly, and the gear ratios are also very well leveraged. It’s the same Mercedes-sourced engine, which powers the GLE63 S coupe and has spent a lot of time with it in the Natrax racetrack. The the grunt of the engine and the howl are comparable, but the tuning is different, and the chassis housing that engine, along with twin turbochargers which are now bigger and should be held responsible for the insane acceleration of 0-100km/h in 3.3 seconds. Thus making it the fastest Production-ready luxury SUV in the World today!

Regarding cornering, it went like a blade, with its automatic torque distribution being more rear-biased. It is agile and powerful and marries the powertrain harmoniously with its chassis. On sport plus mode, two things happen when you use paddle shifters with the RPM and acceleration needle going up together. First, its throaty engine is drinking petrol with all its eight mouths wide open and throwing the word ‘fuel efficiency out of its window pane.

Second, it’s also giving you driving pleasure next to none and can take you smilingly towards your grave. Unless you brake at the right time Carbon Ceramic Brakes with 420mm front and 390mm rear, strapped by 6- piston callipers, inspire tremendous confidence to continue breaking speed limits. Braking is on point but breaking speed limits was not the point, and that’s the actual point.

On the highway in London, everyone gave a big thumbs up and few  even came close to the window pane and whispered “nice colour” in a rather envious way, but I was already on a high-speed date. The large front grille and DRL with air intakes and brake cooling ducts, along with a new front splitter profile and the satin chrome grille make the 707 distinct and identifiable simultaneously. Soft-close doors add to the English mannerisms, Sport bumper, Double layer side sills, Multi-piece winged rear diffuser Black quad exhausts add to the finesse of this car.

It has 24 buttons, including the Engine start-stop button. Yes, I counted and did not consider the steering wheel’s buttons. My only complaint is no touchscreen interface, wireless apple car, and android auto. It gets an airlift even for the boot, which will be seldom used, and that tech is way less critical than a touchscreen interface.

The Drive and reverse buttons are located way above the 10.25.” TFT central display, which makes reaching out a little cumbersome. The seats are comfortable; they hold you tight, even in sedate driving or chasing bond car shoot sequel, and it wraps you sportingly. It comes with safety features in case you forget to lift your foot from the pedal, and chances are you can get indulgent and; in that case, Forward Collision Warning (FCW), Autonomous Emergency Braking (AEB) with pedestrian detection, amongst other features will come in handy.