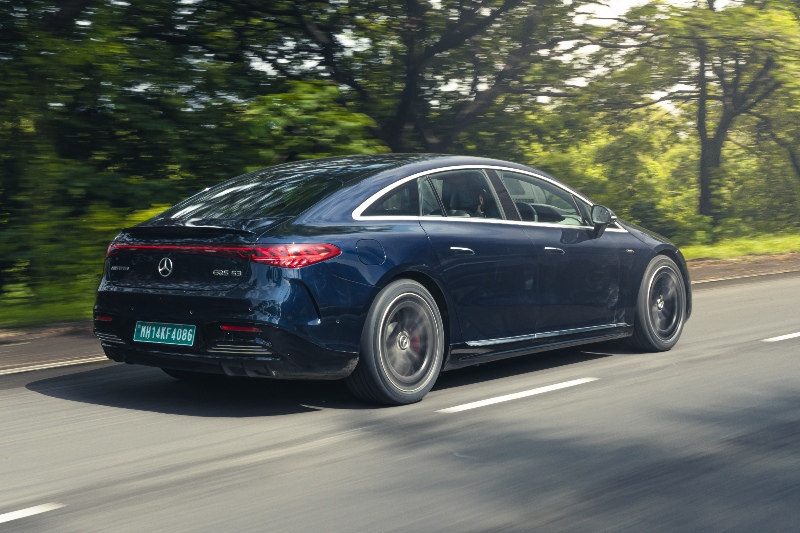 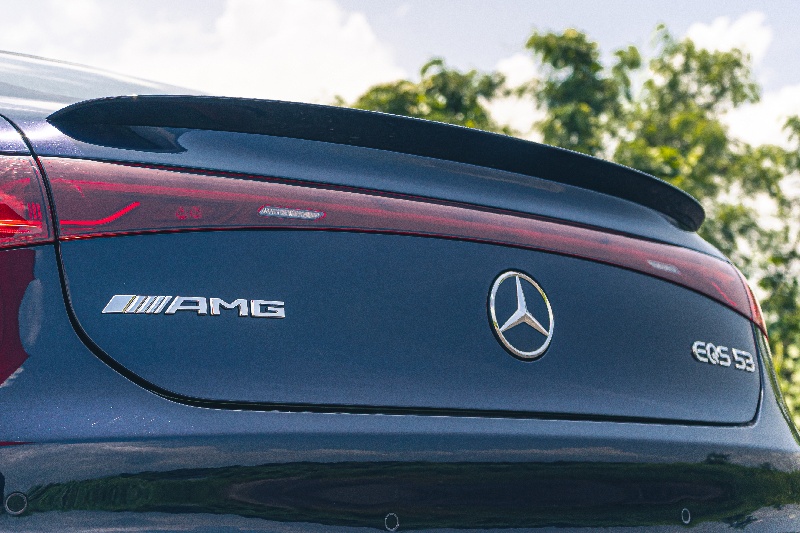 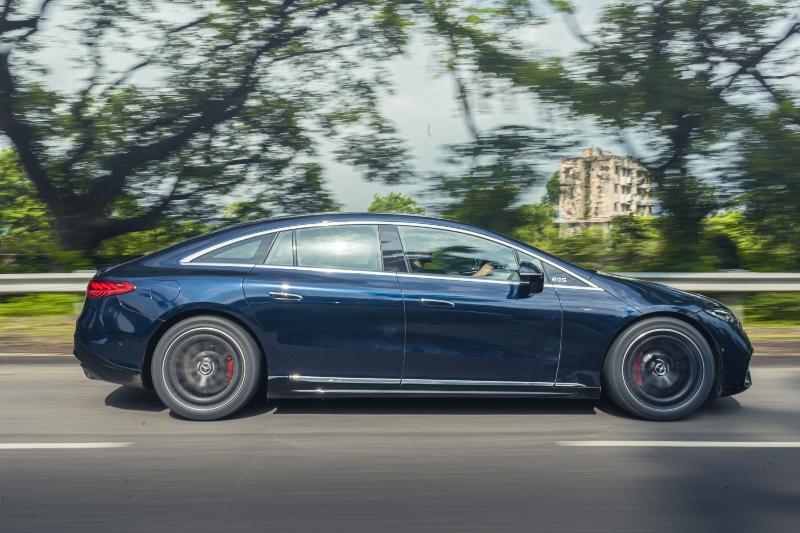 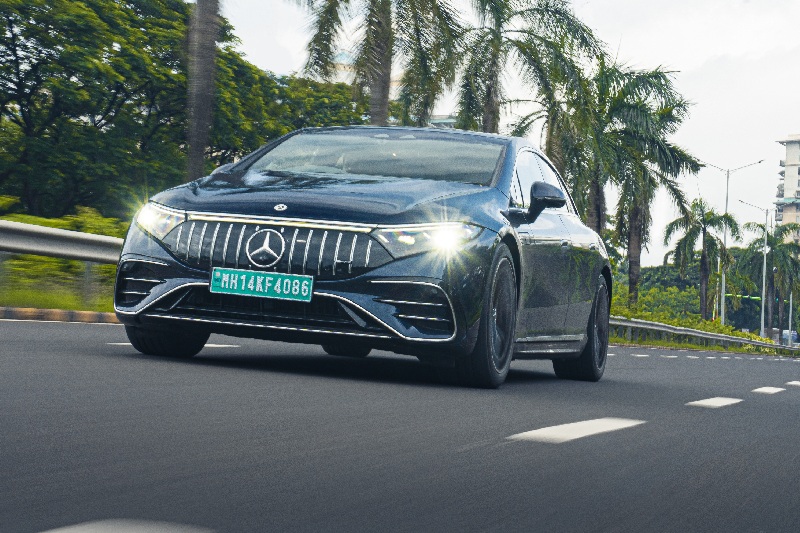 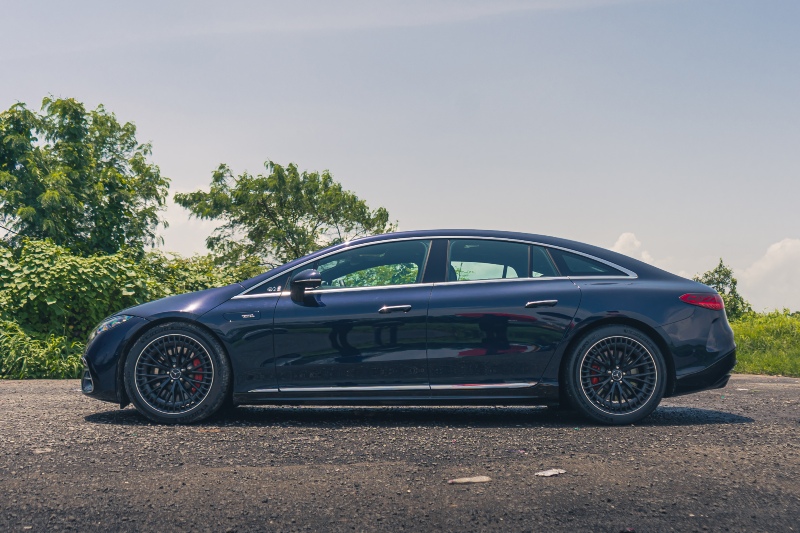 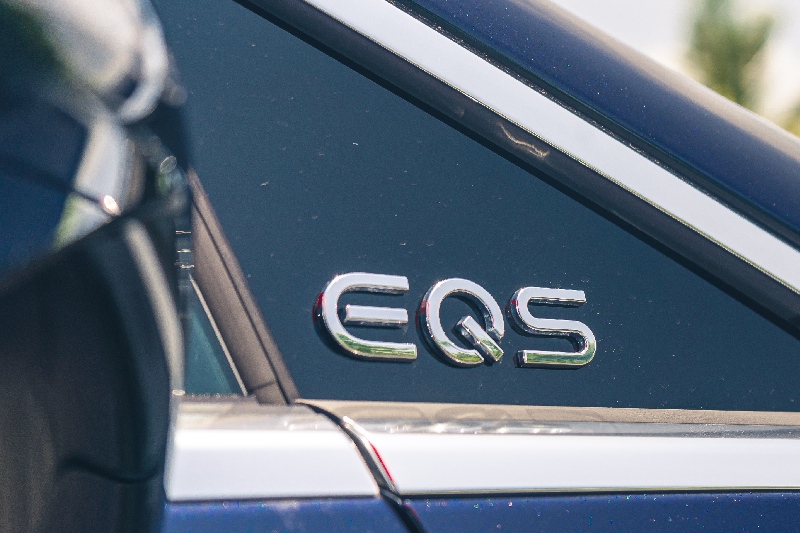 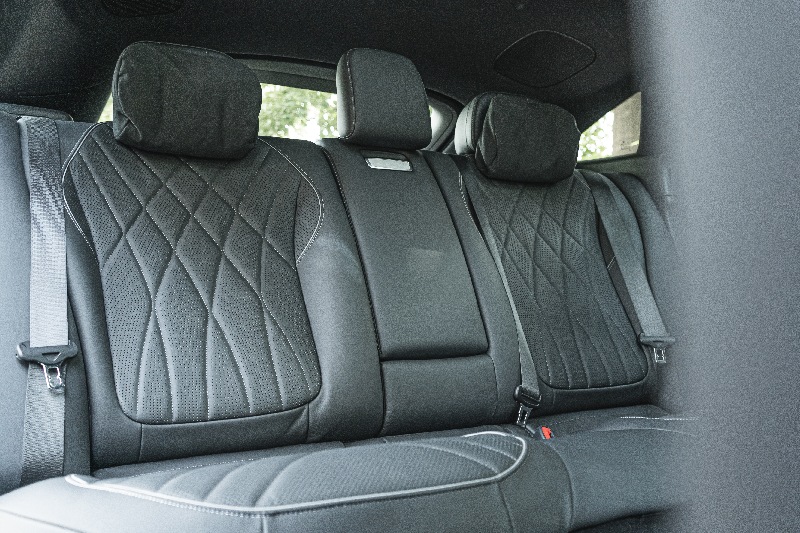 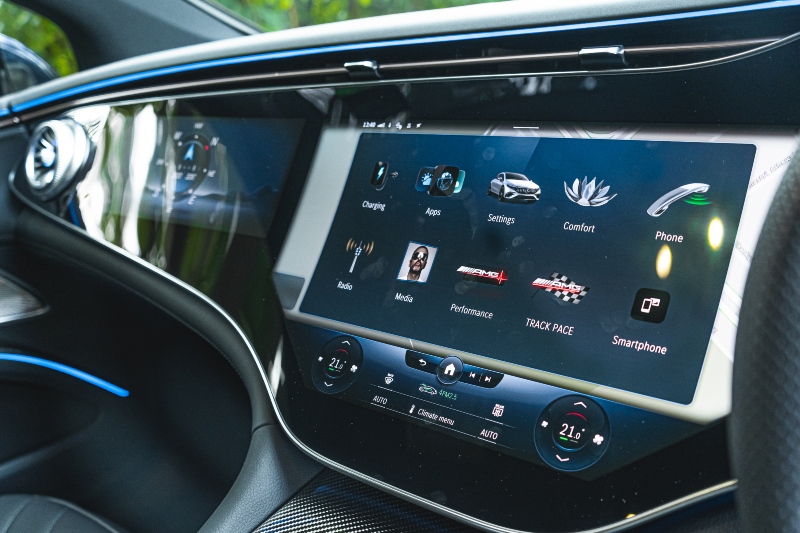 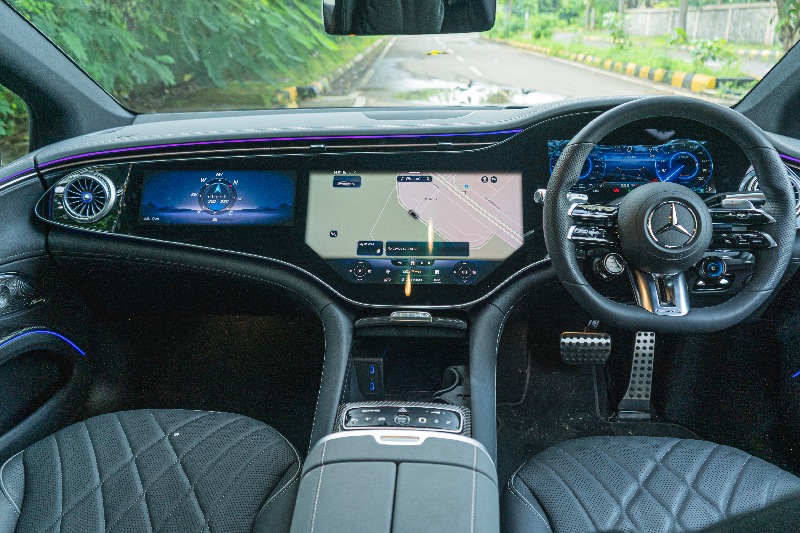 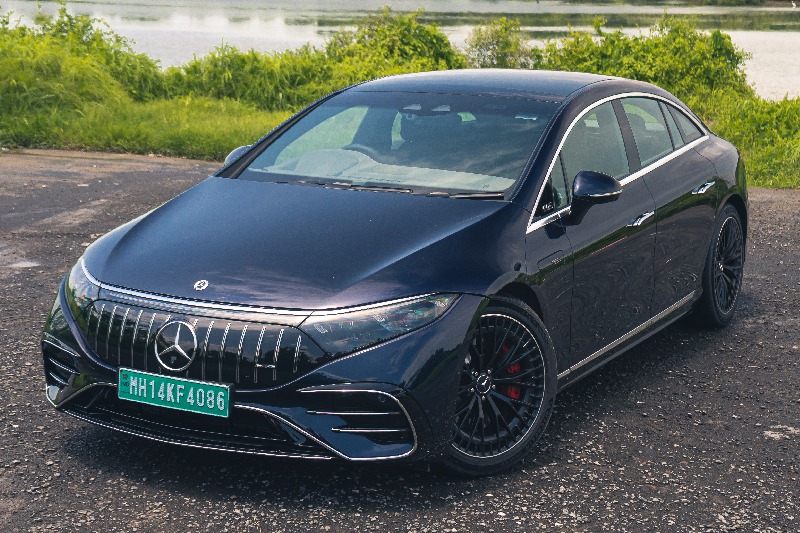 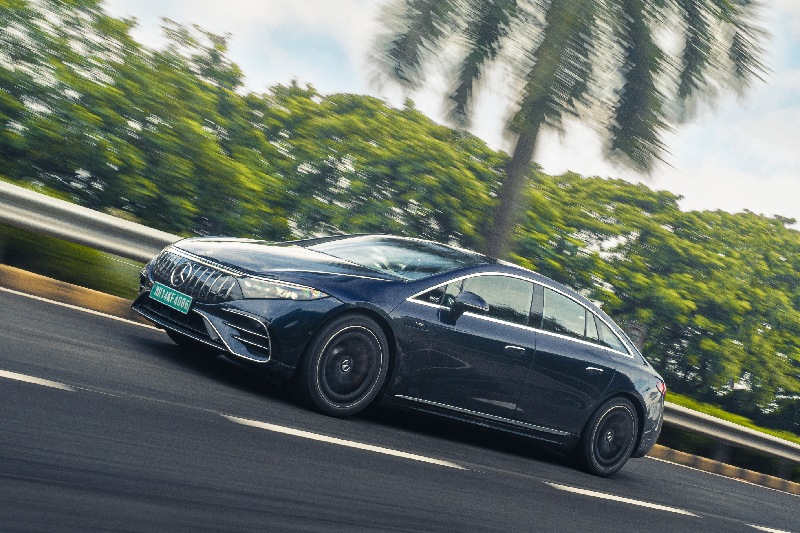 A thrustful-seat ploughing launch off the line to a 100 km/h in just 3.4 seconds (with 80% battery charge) and the augmented space-age sounds as the speeds build makes one heady combination.

Massive screens can be distracting, Expensive

The interior recipe is made of screens, screens and more screens! They call it the ‘Hyperscreen’ – a 55-inch long gorilla glass façade covering the entire width of the dash – its mind-blowing to see this in a production car executed in such a glam way containing enough processors to run a mini ISRO rocket launch programme.

Two are 12.3-inch screens, one as the instrument cluster & the other a touch display for the co-passenger’s entertainment. The central MacBook Pro size 17.7 in screen is where-in lies the (permanently rendered) A/C controls, a home button which defaults to the huge 3D map and a set of widgets that change order depending on what you happen to use most often – the seat massager, for instance. The ‘Hey Mercedes’ voice command seems more responsive in this avatar as well. It also features AMG-specific augmented noise profiles – a driving sound that is inspired by the Tron movie saga that can be addictive but nowhere close to the crackles and pops of combustion-fuelled real AMGs.

And yes, the EQS 53 knows where you’re looking. There are some 350 sensors in the EQS measuring your attention level, what you’re touching, and where you’re looking. Case in point: the side mirrors. You don’t have to press a button to select Left or Right before adjusting them. Just look at the mirror you want to dip, prod the adjustment toggle, and the mirror shall follow your inputs. Telepathy also is part of the EV revolution.

Amongst the sea of hyper screens, I found a few things to complain about. The touch capacitive controls on the left side of steering wheel make it difficult to find the perfect volume, while the cruise control “buttons” on the right side require a learning curve because they’re so clustered together; the touch-capacitive seat controls on the door panels also seem to be needlessly complicated to operate. The rest of the cabin is simply exquisite on the EQS 53. Running a dark theme of black and grey given its sporty intention, Real metal and unpolished wood meet with soft leather. The turbine air vents would grace a hypercar, and the animated ambient lighting is nothing short of disco. At night, it’s a true cyberpunk experience.

At the back, though you start to realise where the original S-Class trumps on rear passenger comfort and pampering. Apart from nestling into the pillow-show headrests with the lack of disturbance from the outside world (Its cabin is isolated with noise-cancelling technology), the EQS misses out on sun-blinds, rear massage functions and even extended thigh support. Being a hatchback, cargo area access is easier than the saloon S-Class, boasting of 610L of boot space and split folding rear seats. Visibility is commendable besides the enormous front pillars. Oh, and there’s no bonnet latch as there’s no front boot here. In fact, the clamshell nose is entirely sealed for better aerodynamics – so you top up the washer fluid via a pop-out gutter on the car’s flanks.